A Change in Command 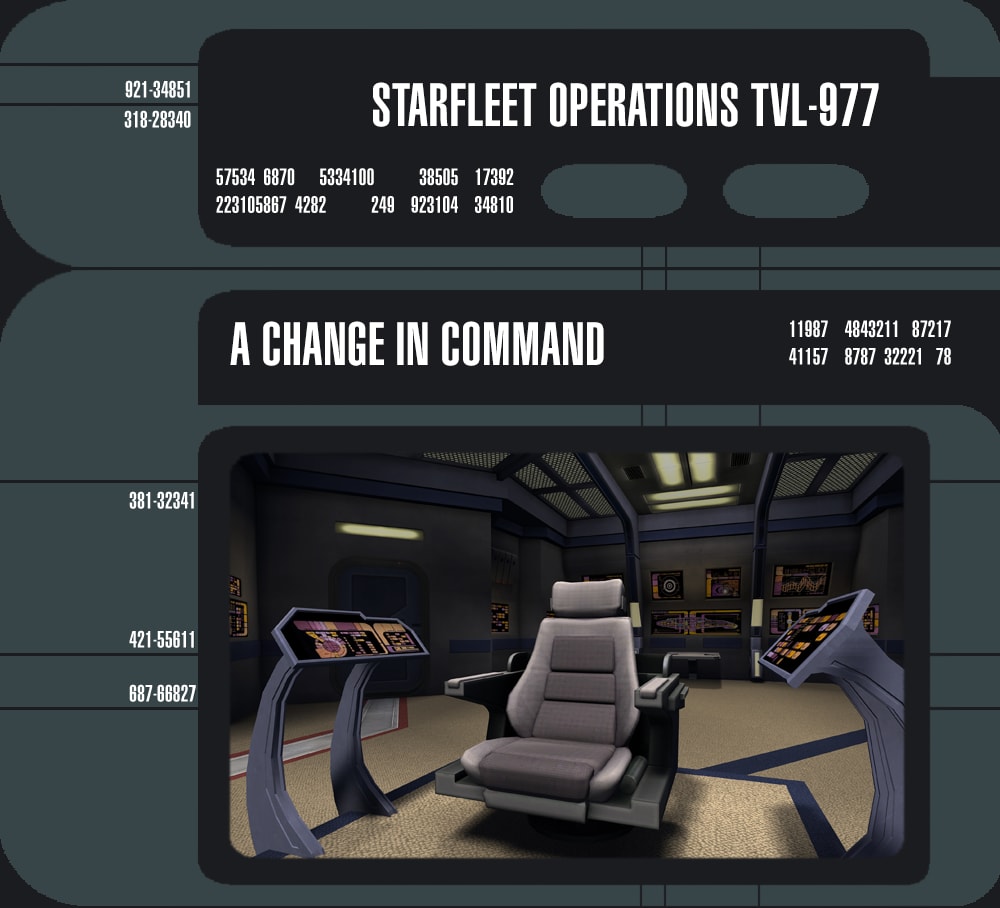 Star Trek Online has been privileged to have a great history of Executive Producers through its lifetime. Stephen D’Angelo has most recently occupied the big chair and during his second tour has lent the team his considerable experience, design expertise, and vision for the future of Star Trek Online through Delta Rising.

Stephen is stepping down as Executive Producer for Star Trek Online in order to focus on his role as Chief Technology Officer at Cryptic Studios to oversee several internal projects. I would like to thank him on behalf of the community and the Star Trek Online team for once again taking the reins and leading the team through a fantastic year of releases.

As of today I will officially be leading the team as Executive Producer, and I couldn’t be more proud to lead this incredible team and game, both of which mean a great deal to me.

I have been a lifelong Star Trek fan and one of my favorite early memories of trek took place in late September of 1990. Earlier that summer, after experiencing one of the greatest cliffhangers in television history, I told my dad I couldn’t wait to find out if Captain Picard was going to be rescued from the Borg. It turns out his boss was planning a huge viewing party for the second part of “The Best of Both Worlds” and my dad brought me along. It was an amazing event and the first time I witnessed how Star Trek could bring people together from different walks of life simply to enjoy a great episode.

I’ve been a member of the Star Trek Online team since 2008 and was here during pre-production, active production, launch, and every update since. You’ve seen me posting on the threads as the person that creates builds and patch notes, and I’ve been active in feedback threads on features that I’ve produced with the team. I’ve seen how the game has grown and changed over the years from a team management perspective and how the community has responded to those changes.

We have some fantastic plans in store for the game in 2015 and the same veteran team that brought you Delta Rising is here to execute those plans. I’m truly excited to share what this year has to offer, and instead of leaving it at that I’m going to tease a feature of our Season 10 update coming late this spring. With the launch of Season 10 Sector Space will be comprised of only three maps, with each one representing a quadrant that exists in STO. Yes, the sector walls are coming down! I hope that minor reveal will get you excited for the changes in the year to come, and I look forward to working with the team to achieve everything we have planned.