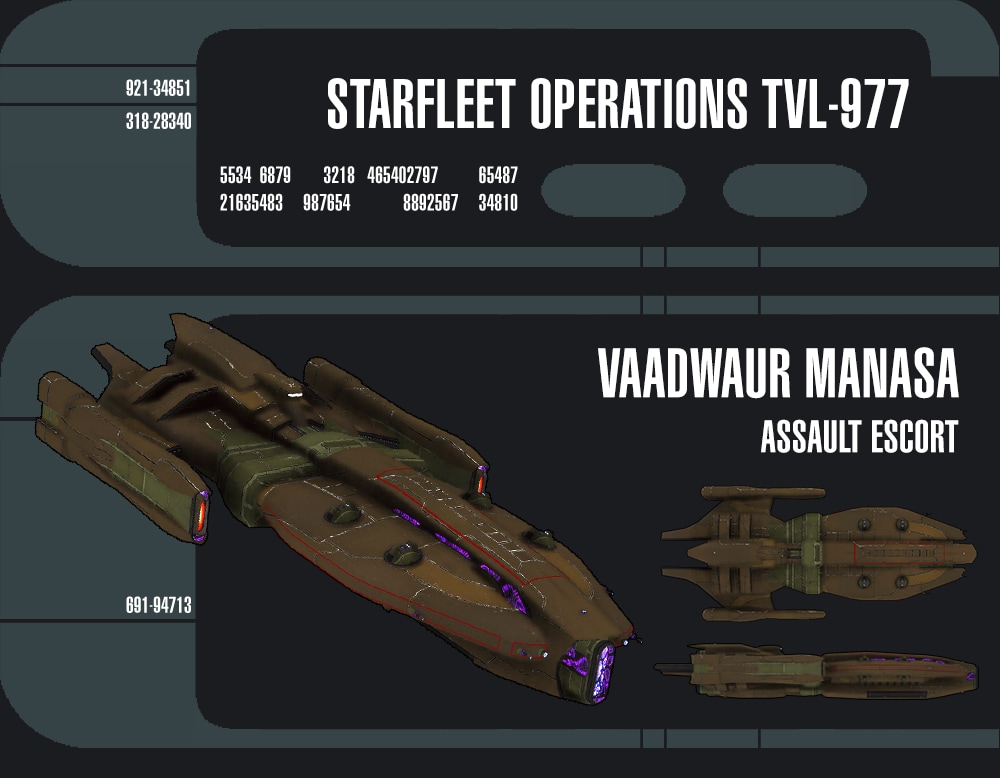 Ships of the Vaadwaur Supremacy emphasize the frontal assault and overwhelming offensive tactics favored by the Vaadwaur commanders. Their dedication to warfare allows these starships to remain formidable foes, even though portions of their technology could be considered antiquated by modern definitions.

The Vaadwaur Manasa Assault Escort comes equipped with the Polaron Barrage Launcher.  This trademark piece of technology has become a well-known signature of Vaadwaur fleets since their recent re-emergence in the Delta Quadrant. By utilizing a series of special power capacitors, loaded directly into the primary weapons relays, they can periodically unleash a punishing barrage of polaron energy into a foe's general vicinity.

This universal console also provides an Accuracy buff that scales with your current throttle level.

After achieving level 5 in your Vaadwaur Manasa Assault Escort’s starship mastery, you will unlock the Frontal Assault starship trait.  While this starship trait is slotted, activating Cannon abilities will provide a boost to your frontal shield hardness and regeneration rate for a short time. Battlecruisers of the "Astika" class further reinforce this focus on offensive force while also being capable of withstanding heavy incoming fire, thanks to its sturdy craftsmanship and many versatile capabilities.

The Vaadwaur Astika Heavy Battlecruiser comes equipped with the Assault Mode Relays universal console.  This unit contains sophisticated circuitry designed specifically to facilitate quickly shunting power between engines and weapons in the blink of an eye. Vaadwaur starships frequently make use of this capability to allow their vessels to swap between being highly mobile, and highly deadly. While this "Assault Mode" universally grants benefits to outgoing weapon damage, each class of Vaadwaur vessel utilizes this power swap a little differently, benefiting in different ways.

On the Assault Escort, entering Assault Mode will grant additional shield regeneration and shield hardness for the ship's forward arc.

On the Heavy Battlecruiser, exiting Assault Mode will cripple nearby enemies' sensors by placating all nearby foes.

After achieving level 5 in your Vaadwaur Astika Heavy Battlecruiser starship mastery, you will unlock the Supremacy starship trait.  While this starship trait is slotted, activating Beam: Fire At Will or Cannon: Scatter Volley will provide a small boost to all subsystem power levels per target hit for a short time as long as these attack modes are active.  This bonus stacks up to 20 times. 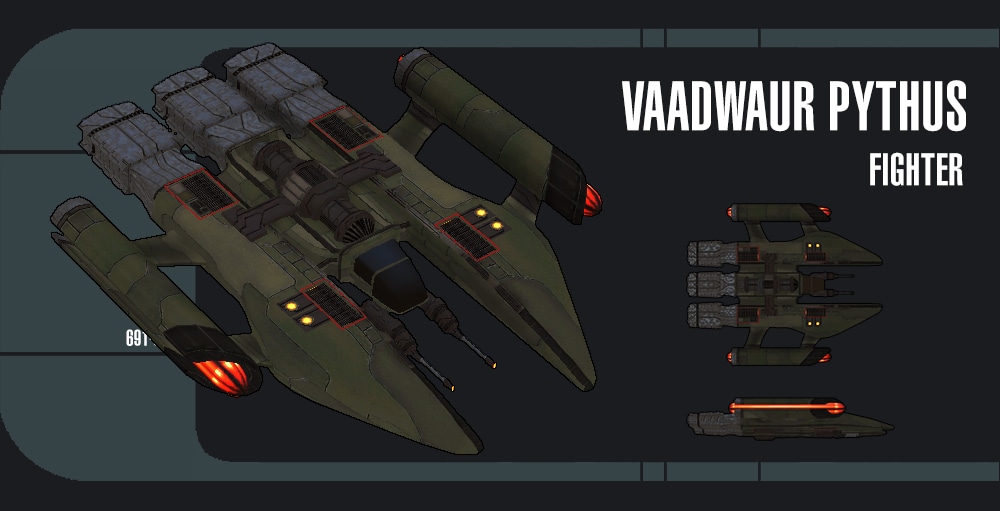 The Vaadwaur Pythus Fighter is an incredibly agile fighter craft.  It comes equipped with a Vaadwaur Polaron Emitter Array and a Quantum Torpedo Launcher.  Additionally, the Pythus Fighter also comes with an Integrated Beam: Overload I ability.  This ability doesn't require a Bridge Officer to use, but it has a longer recharge time than normal. 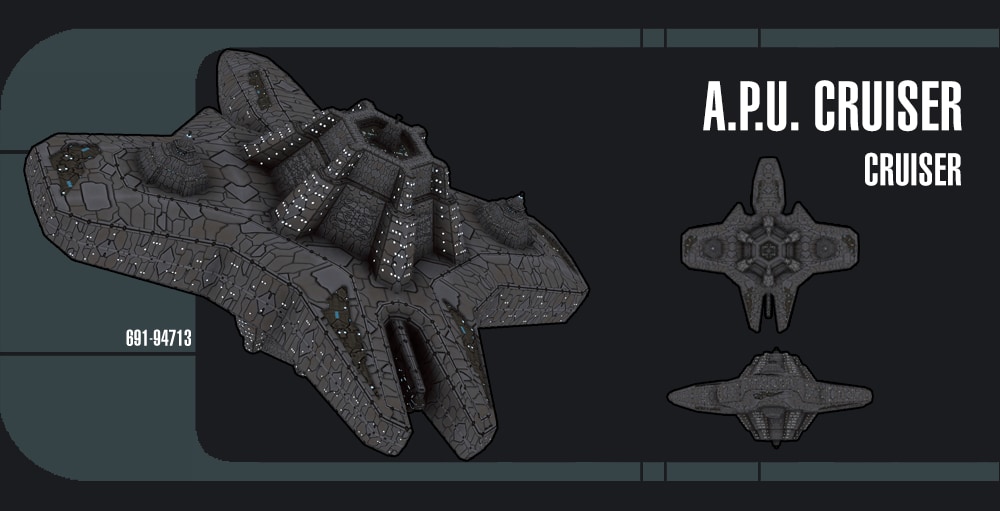 The vessels of the APU (which stands for "Automated Personnel Units") are robust and practical, and well-suited for warfare thanks to their longstanding conflicts with one another. The APU from the Pralor and Cravic factions have waged an unending war with one another for many years, thanks to their inflexible interpretation of the core programming that drives them. Despite being artificial lifeforms, the APU are entirely self-contained and do not integrate with any of their known technology. Their starships and equipment can therefore be easily adapted for use by other species.

When the APU Cruiser is upgraded to T5-U with a Starship Upgrade Requisition it gains the following improvements: