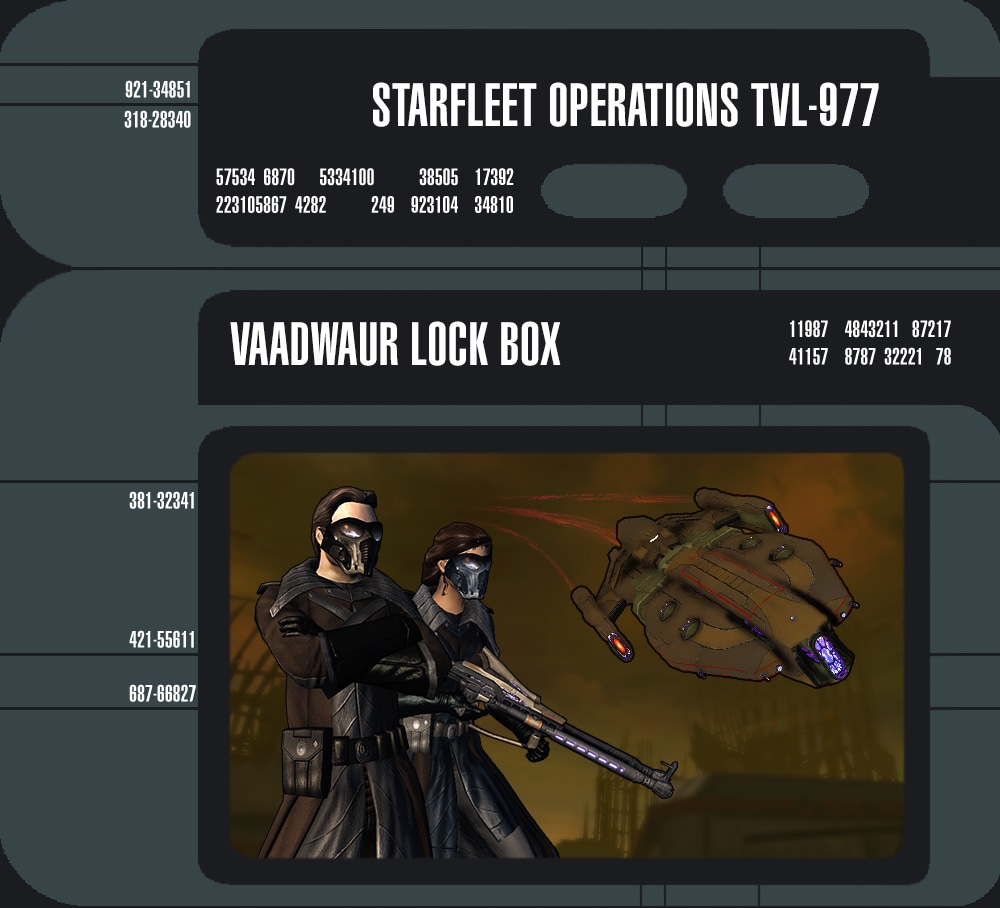 The recent re-emergence of the Vaadwaur Supremacy caught the entire Delta Quadrant by surprise. Brave captains from all factions have stepped up just in time to defend against this renewed threat from the past, and are constantly pushing back against their ongoing onslaughts.

When first encountered by U.S.S. Voyager, the technology of the Vaadwaur was outdated by modern standards, and therefore not a significant threat to the galaxy, despite the species obvious proclivities for expansionism and empire-building. Since then, intelligence reports have had to be drastically updated, as the Vaadwaur have found a way to empower their ships and weaponry with previously unknown and extremely potent power sources.

Fortunately, this Vaadwaur technology is relatively easy to use, despite its mysterious inner workings. Profiteers and salvagers have scoured the recent sites of conflict and retrieved many useful pieces, both for use in the continued defense of the Delta Quadrant, and to assist in the continued study of their origins.

Although the Vaadwaur were a minor player in the overall story of Voyager’s return to Federation Space, it was already hinted that the crew “hadn’t seen the last of them” after the events of their encounter in “Dragon’s Teeth” (VOY 6x07). When we began imagining adversaries that players could plan on facing during their exploration of the Delta Quadrant, the Vaadwaur came up as a top contender due primarily to their similarities with other primary adversaries the players were already facing down.

An ancient race, desperate to reclaim the glory of their once-great empire, and subjugate or destroy any that would stand in their way - sound familiar? (HINT: It rhymes with “schimonians.”)

The response we have seen to players’ interactions with the Vaadwaur enemy group has been overwhelmingly positive since the launch of Delta Rising. From their tactics to their equipment and visual effects, and even right down to their wardrobe, players have almost unanimously voiced support and admiration for their newfound nemeses. It was always our intent to give players the opportunity to obtain some of these unique assets, and we’re thrilled with the excitement we’ve already seen for such a prospect. With the release of the Vaadwaur Lock Box, we’re finally bringing those plans to fruition. 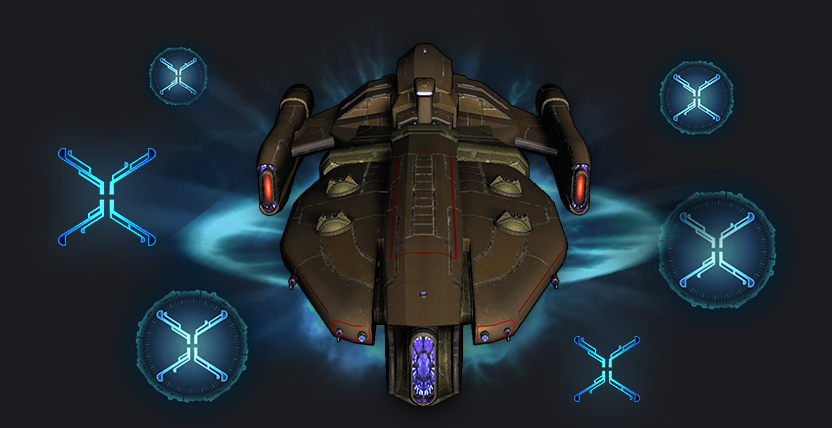 As with the Delta Expedition Lock Box, we are offering players the chance to obtain a Tier 6 starship with each Vaadwaur Lock Box that is opened. The Vaadwaur Manasa Assault Escort [T6], which shares the visual appearance of the NPC “Assault Vessel” and “Scout Vessel,” is a nimble ship with a focus on Tactical seating and consoles. This ship has an Intelligence Hybrid Bridge Officer Seat, and comes equipped with the well-known Polaron Barrage console, seen frequently in use by Vaadwaur in space combat.

We are also adding the Vaadwaur Astika Heavy Battlecruiser [T6] to the Lobi Crystal Store. This imposing starship, which shares its appearance with the “Heavy Artillery Vessel,” focuses more on survivability than its nimble counterpart, but still maintains a strong focus on offensive firepower. It features a Command Hybrid Bridge Officer Seat, and comes equipped with the Assault Mode Relays console. This console can be activated to deploy additional stabilizing thrusters, improving the ship’s ability to land powerful critical hits, at the cost of maneuverability while active. When activated on the Manasa Escort, this trade-off is less severe (both in benefit and detriment), but it also engages additional forward-facing shield improvements. When used on the Astika Battlecruiser, the cycle completes by sending out a sensor-jamming pulse that blinds nearby foes upon deactivation. 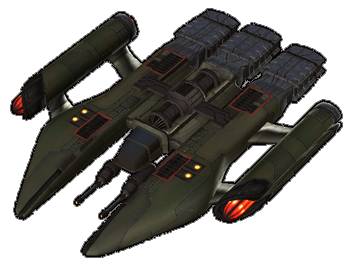 A new set of Genetic Sequencer (Trait Unlocks) can be obtained from this Lock Box, each exemplifying an aspect of the Vaadwaur’s tactics and capabilities. Each of the following four (4) Trait Packs will offer thematic new options to captains:

In keeping with the theme of utilizing their own tactics and technology against them, three Vaadwaur Tech Kit Modules will be made available, allowing players to utilize a few of the abilities seen in use during the invasion of Kobali Prime (among other locations). 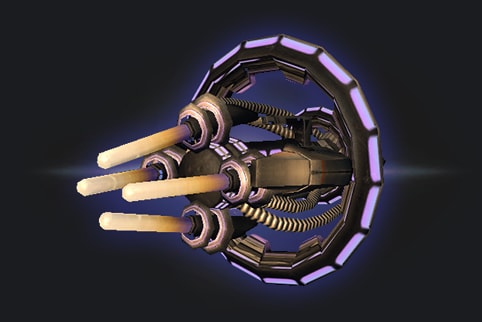 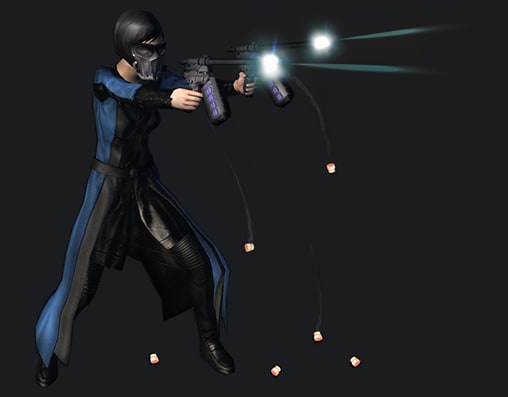 We are adding a new type of Numeric Boost to the options seen in previous Lock Boxes! The launch of the Vaadwaur Lock Box will see the introduction of R&D Research XP Bonus Pools, in both Large (10,000) and Small (2,000) denominations. 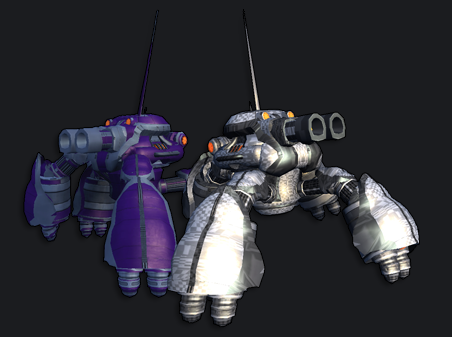 The Vaadwaur Lock Box will also include both Full Size R&D Packs, and the Mini-Packs seen in the Delta Expedition Lock Box. These valuable prizes make participating in the R&D system far simpler, by supplying a wide variety of difficult-to-obtain materials, as well as Catalysts to increase your chances of critical success. 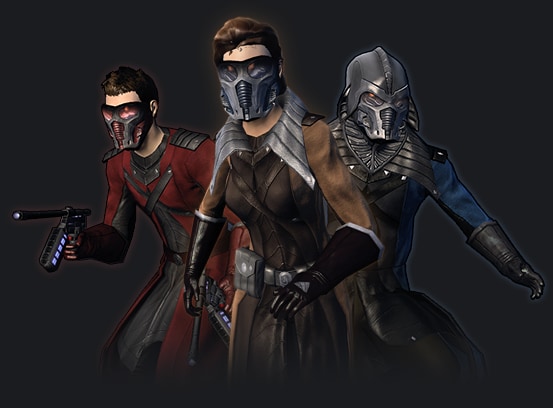