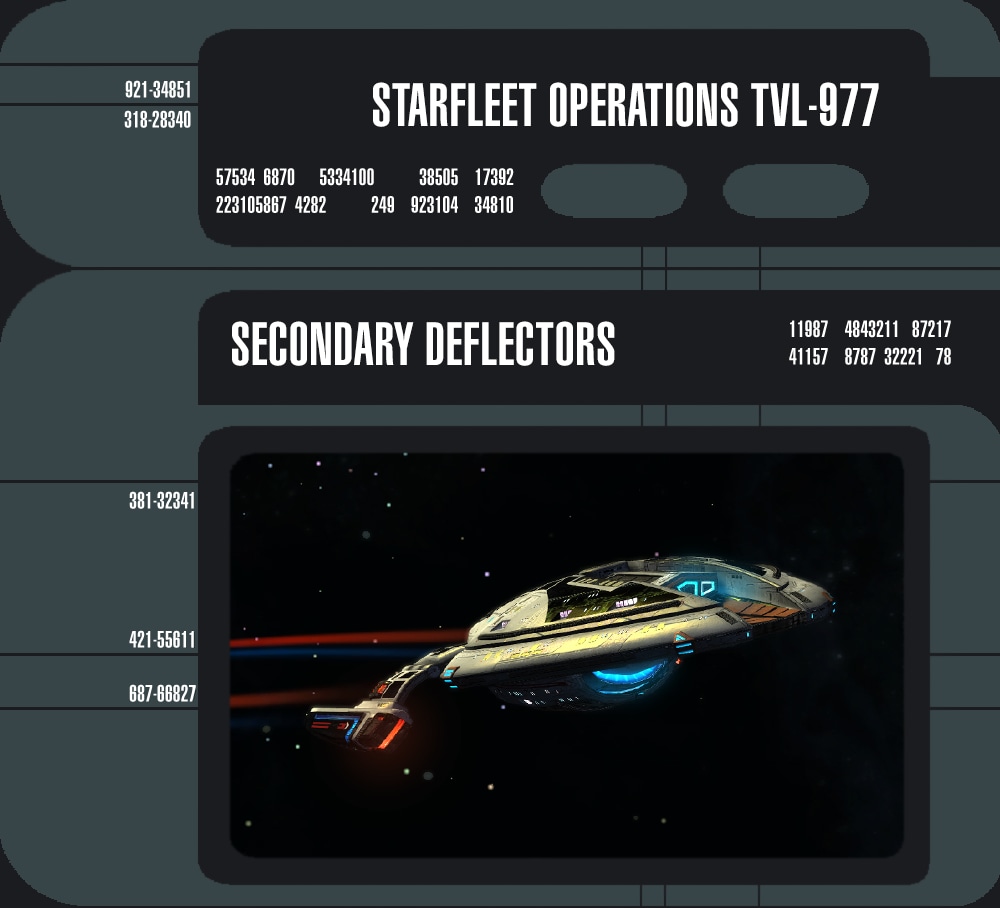 Because it is able to project many different energy beams and particles, modifying the deflector dish has saved more than one starship from destruction. Recognizing the vast array of uses these utilitarian devices can have, Starfleet engineers in the late-24th century started equipping some of their science vessels, including the Intrepid class, with secondary deflectors. After several successful field studies, these secondary deflectors have been authorized for roll out to all science vessels. It is expected that the Klingon Defense Force and the Romulan Republic will also adapt the technology for their own use.

The Dyson Science Destroyers were the first starship to feature a Secondary Deflector item and served as a prototype for this type of item. Our inspiration came from the presence of a secondary deflector (sometimes referred to an Auxiliary Deflector) on science ships such as the U.S.S. Rhode Island and U.S.S. Voyager. We also wanted to further create synergy between Science Bridge Officer powers and Science Vessels.

This new type of item can be obtained in one of three ways:

Q: Are there any immediate plans for adding Secondary Deflectors to any space item sets?
A: Not at this time. However, it is possible that new sets might be created to include them if it makes sense to do so.

NOTE: The above stats and features are subject to change.