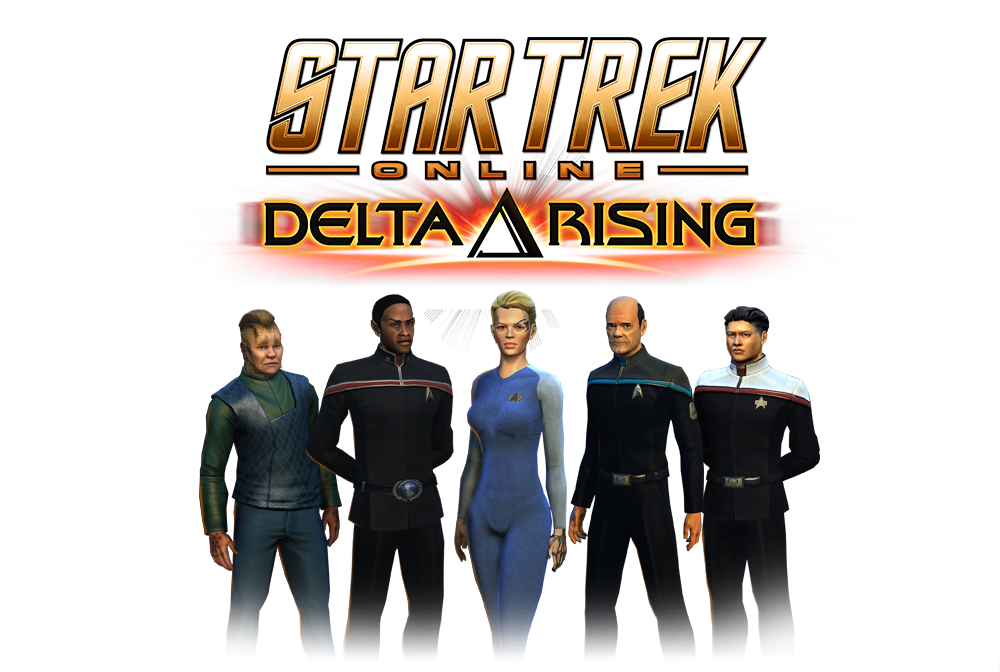 At long last, Star Trek Online is proud to announce the official launch of our newest expansion Delta Rising! Revisit the lost quadrant from ST: VOY lore and reimmerse yourself in the stories and species, as well working alongside the iconic crew of the U.S.S. Voyager. It’s time to set a course for the Delta Quadrant, Captains, to see what lays in store for you and your crew!

An ancient force looms over the Delta Quadrant and we need every available Captain for Operation: Delta Rising. The Vaadwaur, a dangerous and aggressive foe, are expanding at a rapid pace! Countless worlds are being obliterated in their terrifying warpath. Only with the combined efforts of the Federation, the Klingon Defense Force, and the Romulan Republic can we hope to defeat this almost insurmountable foe.

Time For a Promotion

In order to defeat the Vaadwaur, Delta Rising will offer players in Star Trek Online the opportunity to fly a powerful new tier of starships, upgrade their gear to higher echelons of effectiveness, and advance to the ranks of Fleet Admiral or Dahar Master, all while exploring the mysteries and intrigues of an eerily familiar region of our galaxy!

As Captains explore the Delta Quadrant, they’ll meet up and fight alongside many familiar faces. You will fight alongside legendary crew members of U.S.S. Voyager to face the looming threat. Jeri Ryan (Seven of Nine), Ethan Phillips (Neelix), and Robert Picardo (The Doctor) will join Garrett Wang (Harry Kim) and Tim Russ (Tuvok) in Delta Rising!