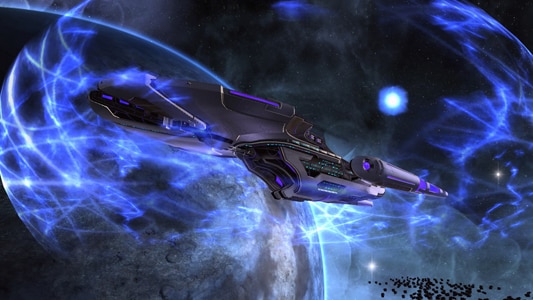 The Dyson Joint Command's engineering and scientific efforts within the Solanae Dyson Sphere have yielded incredible results. The Starfleet Corps of Engineers has been able to adapt the astonishing discoveries found at this artificial celestial structure to create starships that are inspired by the designs found at the sphere, but do not require the use of Omega particles. The Dyson Science Destroyers are first and foremost science vessels, but each is capable of entering Tactical Mode to significantly alter how the starship performs.

The Starfleet Dyson Science Destroyer variants aren’t as sturdy as the Klingon Defense Force’s models, or stealthy as the Romulan Republic’s, but they have a slightly higher shield modifier to compensate.

Below are the base stats shared by all three variants of the Starfleet Advanced Dyson Science Destroyers:

Base Stats (for all Starfleet Advanced Dyson Science Destroyers) 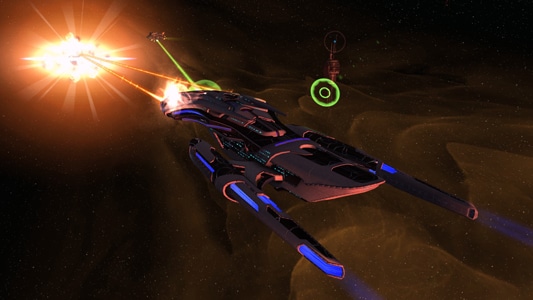 The Montgomery Class is an upgraded variant of the Dyson Science Destroyer. It features an additional Tactical console mod slot, improved hull and shield rating and comes equipped with the Proton Destabilizer Module Universal Console. This console allows you to draw power from your warp core to emit a devastating proton beam from your deflector focused on a nearby enemy. Periodically arcing waves of proton energy will lash out at foes nearby your targeted enemy dealing damage to all enemies affected.

Note: Unlocking the Dyson Reconnaissance Science Destroyer unlocks this ship for every Starfleet Vice Admiral character on an account. 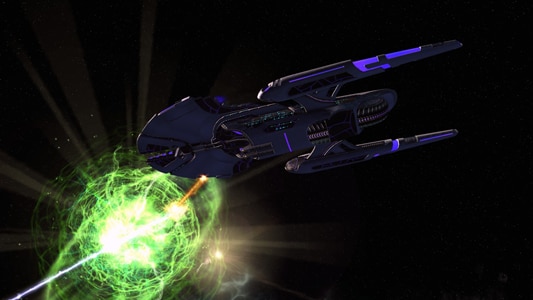 The Omega Class is an upgraded variant of the Dyson Science Destroyer. It features an additional Engineering console mod slot, improved hull and shield rating and comes equipped with the Protonic Shielding Matrix Universal Console. This console allows your Dyson class starship to store and then divert tremendous amounts of proton particles to periodically reinforce your shields for a while. This will cause your starship to negate large amounts of damage every few seconds for a short time.

Note: Unlocking the Dyson Strategic Science Destroyer unlocks this ship for every Starfleet Vice Admiral character on an account. The Helios class is an upgraded variant of the Dyson Science Destroyer. It features an additional Science console mod slot, improved hull and shield rating and comes equipped with the Shield Inversion Projector Universal Console. This console allows your Dyson class starship to emit a devastating tachyon beam blast from your deflector, you can cause your foe's shields to briefly collapse in a wave of energy. The affected enemy will have their shields weakened and suffer heavy shield and hull damage. Allies within the wave will receive a large amount of shield healing.

Note: Unlocking the Dyson Command Science Destroyer unlocks this ship for every Starfleet Vice Admiral character on an account. 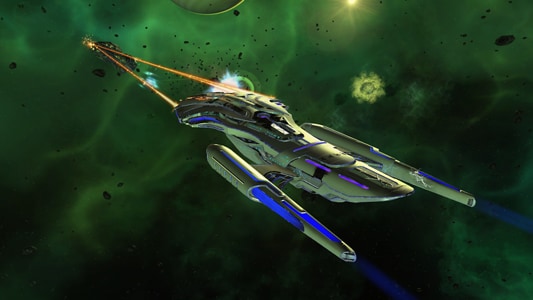 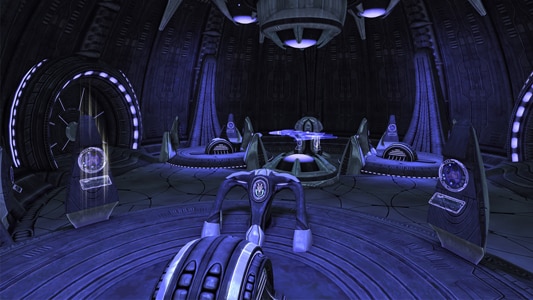 We hope you enjoy flying these powerful new Starfleet Advanced Dyson Science Destroyers as much as we enjoyed making them. All three will be available in the C-Store for individual sale (2,500 ZEN) or as a 3-pack bundle (5,000 ZEN; over 33% savings!) this Thursday, February 20th around 10AM PST. As the Klingon and Romulan factions also each have a 3-pack bundle of Advanced Dyson Science Destroyers, for even more savings, you can choose to purchase all 9 ships in a 9-pack bundle (10,000 ZEN; over 55% savings!). NOTE: Purchasing any one of the 9 ships individually, or any one of the 3-pack bundles, will make the account ineligible to purchase the 9-pack bundle. Also, purchasing one of the factional ships individually will make the account ineligible to purchase that faction’s 3-pack bundle.