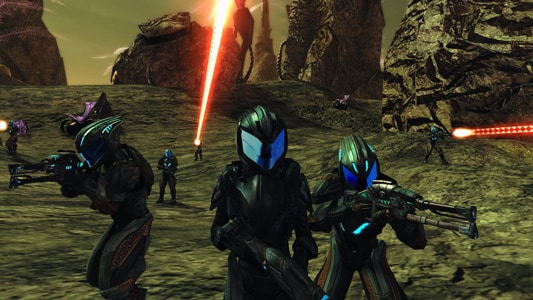 To: The Ministry of Elders

The mammalian forces from this quadrant of the galaxy continue to fight amongst themselves, even now, when darker forces threaten their existence.

We have been successful in our mission to infiltrate behind the enemy lines, with the assistance of an arachnid species called the Tholians. My forces have deployed on a remote planet in the Otha system, a world infested with the mechanical mammalians called the ‘Borg’. So far our presence on this planet has gone unnoticed by the Federation and Klingon empires. Both acknowledge the threat from the Borg, yet they continue to focus their fighting spirit against the other.

Otha is rich in natural resources, as well as Borg technology. Once the threat from the Klingons, Terrans and Borg themselves have been dealt with, I will begin harvesting the Borg technology scattered throughout the region.

To understand these mammalian creatures, I've tasked my soldiers to capture several specimens from both of the opposing sides. I will learn more about our enemies and transmit the reports in my next transmission. 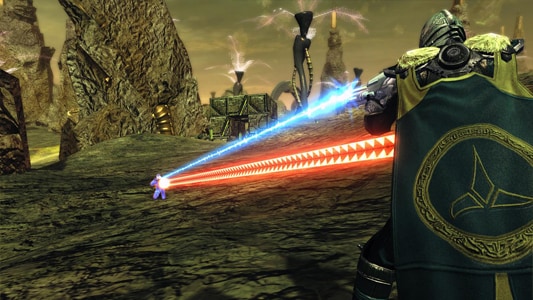 I am P_Sutherland, member of various PvP/E fleets such as Hammer Squadron, Federation Emergency Services, House of Sigma and the Crazy Space Monkeyz. Like the Ker'rat system, Otha is another area of the game that few players in Star Trek Online are aware of.

The Otha System is located in the Archanis Sector of the Eta Eridani Sector Block. It is a PvPvE Ground War Zone and is another system infected with the Borg menace, and is much closer to the territories of the Federation and the Klingon Empire than the distant Gamma Orionis Block. While on Otha, you will be able to explore the abilities of your ground equipment, duke it out with the Borg and battle other players for very rare item drops!

Once you’ve beamed down to the Otha War Zone, you will be within the vicinity of the Borg forces who have taken hostages. You'll need to be on your toes however, players from the other faction could be around the nearest rock. While in the Otha zone, the following missions can be completed: 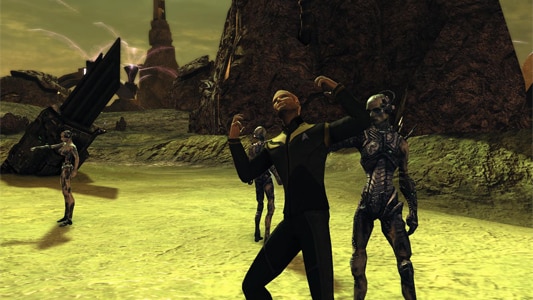 During the first phase of Otha, players must rescue (Federation Captains) or capture (KDF Captains) 5 Federation hostages from the clutches of the Borg throughout the map. In this first phase, they are surrounded by Borg drones of various levels.

The second phase begins once all 5 hostages have been beamed to safety/capture. Players must then activate 4 Borg consoles located in the center of the Otha ground map. The player faction who transports all 5 hostages and uploads 4 viruses to the Borg consoles first, wins the round.

Points are rewarded depending on your Participation in the objective goals in the current round:

After both phases have been completed, the player with the highest score on the winning faction will receive a very rare piece of ground equipment (e.g. Gun, Shield, Armor, Kits). 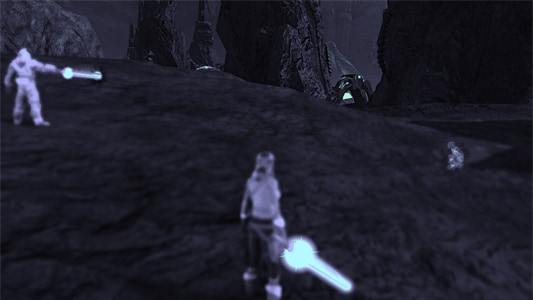 Before I go, I should also note that Otha is also a prime location for the Tactical Operative Kit, so watch out for cloakers!

Good luck, Captains, and see you down on Otha!