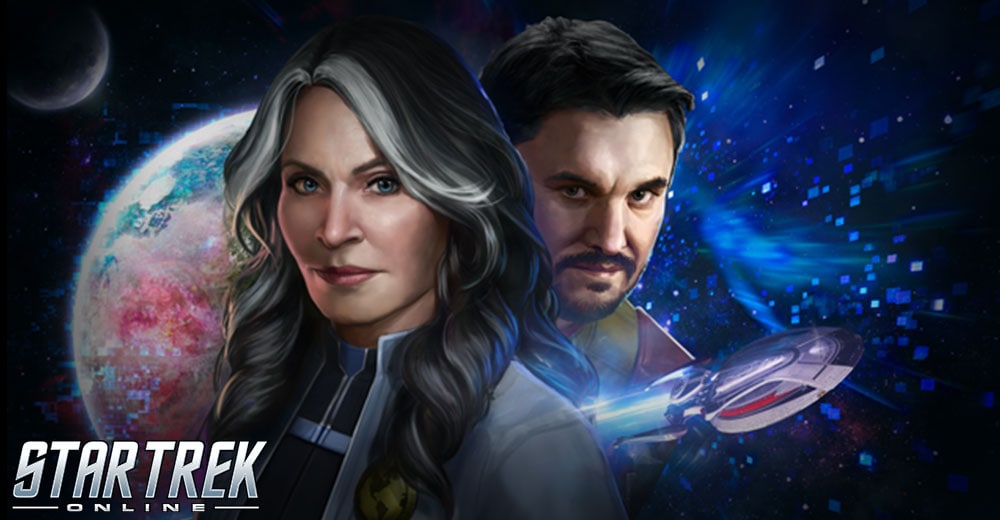 The conclusion to the Terran Gambit Story Arc is here! What began with Reflections ends with Refractions as Terran Emperor Crusher has nearly made his way to Earth with “The Other”, the mirror version of our V’ger, to destroy the capitol of the Federation.

Before he gets to Earth, you and your allies must break into a maximum-security prison in the Mirror Universe in a new 5 Captain Ground Task Force Operation “Bird Cage” and break out the mirror version of Beverly Crusher in the hopes that she might help stop her son. Gates McFadden will join our long list of Star Trek cast members in this release.

In our new giant-sized episode “Fujiwhara Effect”, Emperor Crusher and “The Other” have made it to Earth. You and your allies must make a desperate attempt to stop him as the galaxy hangs in the balance. If you want to know more, you’ll have to play it - the less spoilers for this one, the better.

In addition to this, we also have 2 new Patrols based on content from our previous release, Ascension. Both of these patrols fill in more details from Ascension. How did Janeway’s Borg drones get cleared from Jupiter Station? And what happened to the Khonshu while it was trapped in the mirror universe?

As usual this time of the year, we’re celebrating our anniversary and this time it’s our 13th. Play the new content above, along with some previous Terran Gambit content, and the Omega Stabilization Game to earn the brand new V’Ger tech inspired T6 Compiler Science Dreadnought. This gigantic, alien ship can transform itself into electric probes that will chase your enemies.

Work on this storyline kicked off in early 2021, and the team here has done a great job in bringing it to life. Along the way Kate Mulgrew, Wil Wheaton, and Gates McFadden joined our big cast of Star Trek actors. We can’t wait for you to play it. It’s always exciting to create the content but it’s more fun when it finally goes out to all of you.