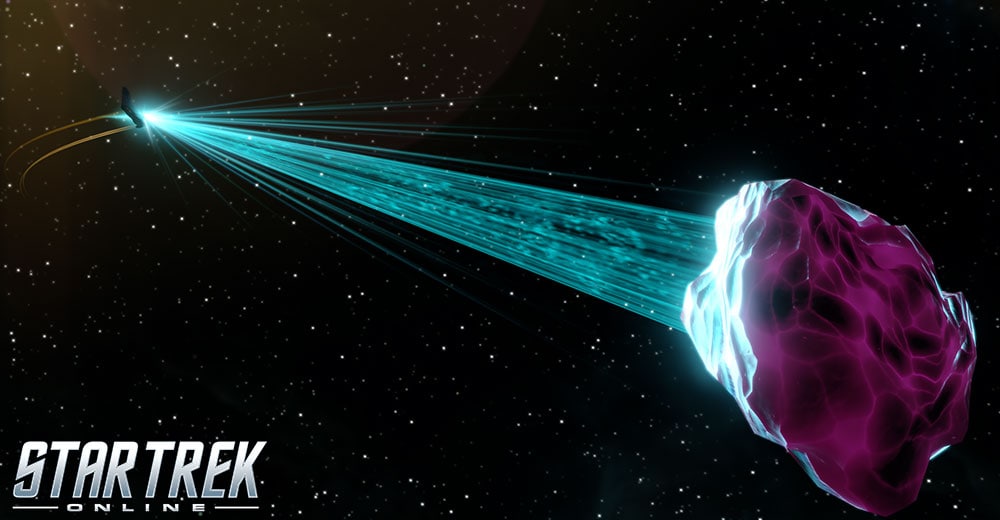 Have you ever looked in the mirror and felt like something wasn't quite right?

As part of our anniversary release, we're bringing two new patrols from the Mirror Universe—but they're twisted reflections. These patrols explore what-ifs and unseen parts of the story.

When Marshal Janeway unleashes her Borg assimilation on Jupiter Station, she leaves a lot of damage—and a lot of assimilated Starfleet officers—behind. Chase down Mirror Janeway as you fend off her drones and navigate the wreckage of Jupiter Station in the aftermath of her battle with the Inquisitor.

During the mission "Firewall," the U.S.S. Khonshu was crippled in combat and managed to escape under cloak so that it could return later to guide the rest of the Starfleet task group back to the Prime universe, but what if your ship had fled alongside the Khonshu? Help the Khonshu get back up and running while fighting against Terran ships patrolling the area, so that your task force can successfully return home.

As always, these patrols provide bonus skill points and ship mastery, and for our 13th anniversary they also grant credit toward completion of the event and the account unlock of a new ship—the Compiler Science Dreadnought [T6].

You can launch these patrols from the Patrol menu in the new Mirror Universe patrol section as soon as the 13th anniversary event starts on January 24 on PC. But don't worry about missing them—they'll remain in the patrol listings even after the anniversary concludes.

Happy hunting, captains, and remember: If the lights go out, don't say "Janeway" three times while looking in the mirror...