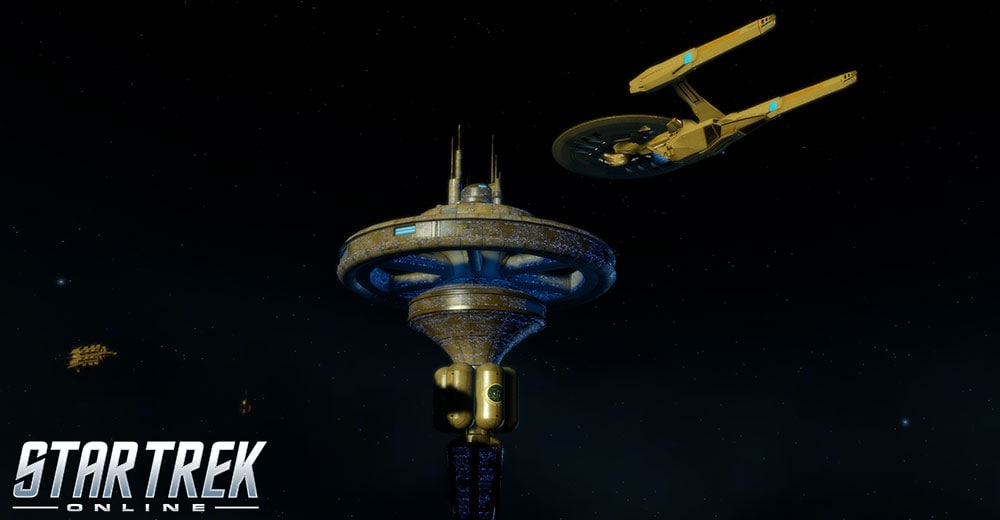 Captains – we launched a brand new feature on PC yesterday, including new UI and the ability to donate duty officers of up to Very Rare quality. Unfortunately, due to some internal communication issues, this feature went live without any prior warning or documentation. That’s on us, but we’re putting this guide together today in the hopes of helping everyone understand what is happening. This guide will be written in the form of an FAQ, and will be updated as new information or questions become available. Thanks for your time and understanding.

What kind of duty officers can I now donate to fleet projects?

You’ll be able to donate any duty officer of any quality up to Very Rare to projects at the Fleet Starbase. Other Fleet Holdings will become a part of this system in 2023.

Why was this change made?

We felt that fleet projects were being gated for players who had filled their duty officer roster, and couldn’t recruit common quality duty officers to donate to projects. Some players were following the system of taking a higher quality bridge officer to the Academies and breaking it down into lower quality officers, but this process was lengthy and not intuitive. By allowing you to donate those higher officers directly, and get more progress for doing so, the hope was that you would be able to progress your fleet projects more smoothly.

In addition, we do hope that removing this gating allows folks to donate more dilithium to projects, and therefore helps the exchange at least a little. Time will tell if that actually has an effect.

How do I protect myself from accidentally donating duty officers I’d like to keep? 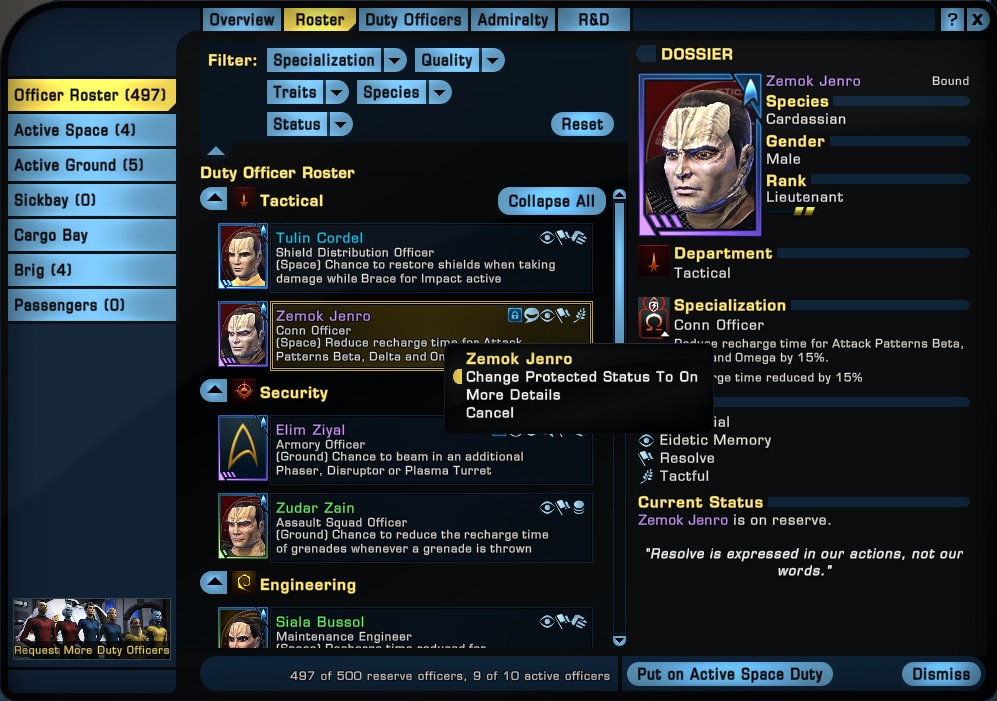 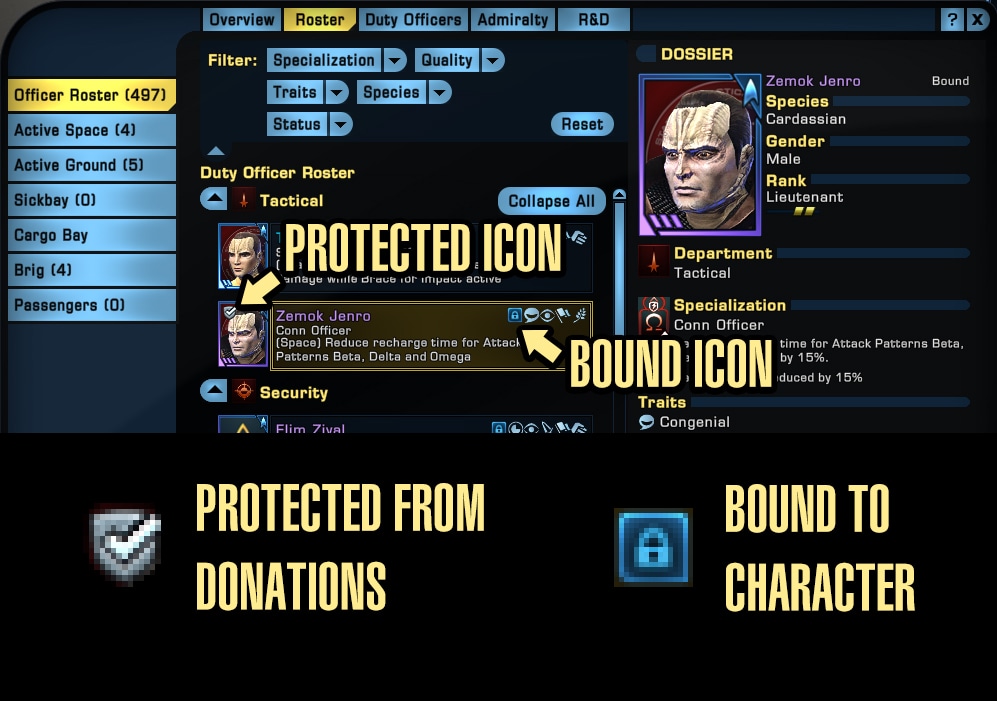 However, some players have discovered an issue where this protection does not work on every officer, all the time. We’re getting a fix put in ASAP, but in the meantime, please be very careful and cognizant of what officers you are putting up for donation.

If a Duty Officer is Bound to me or my account, are they protected automatically?

No. Binding status does not protect a duty officer from being donated. If you’d like to protect that officer from donation, make sure to set them to protected.

What are the different rarities of Duty Officer worth to a project?

The various Duty Officers are worth a number of “points” depending on their rarity. Previously, all Common Duty Officers would provide one progress to a project, or one “point.” The way it works for other Duty Officers is as follows:

What if I donate too many points worth of duty officers, accidentally?

The “points” you’ve contributed over the level needed to fill a project will go into a Duty Officer Coffer, which is viewable from the Fleet Window. In 2023, you will be able to use those points to fill other projects.

This sounds like sort of…half a system, with most of the major features coming in 2023. Why is that?

A technical issue with how we produce updates for our game forced our hand. We had to put some of the feature out, so we released the parts that were working correctly. Originally, this entire feature was slated to launch in 2023.

Can I donate dilithium instead of duty officers?

Yes! You can donate dilithium at a rate of 300 dilithium to one duty officer “point.”

What issues are you currently aware of?

Besides the issue mentioned above with some duty officers not having protection when they should, it also seems that you cannot donate only dilithium at this time. You have to donate a duty officer as well as the dilithium to make it work. We’re getting a fix in ASAP.

The “quality” filter on the donation screen is also currently nonfunctional. When it works, you’ll be able to filter the list to just the quality of duty officer you’d like to donate, which is an additional layer of protection for those rarer duty officers you want to protect. We’ll have that fix in ASAP as well.

Sounds like that dilithium issue might be affecting your stated goal of having this feature help the exchange.

When can we expect fixes to some of the issues we’re experiencing with this new feature?

Some of those fixes will likely be added in this week without any downtime necessary. The rest we are aiming to have fixed in a patch next week.

How did a change this big go out without any communication to the players?

Since Cryptic went full remote two years ago, almost every aspect of our business has transitioned smoothly. However, there have been occasional communication breakdowns. In this case, our Community Manager (me) was aware the change was coming, but not that it was coming this week. The folks working on the feature delivered it when they were supposed to, but their patch notes never made it in front of the person who compiles those notes. A combination of minor errors that lead to a bigger one. We’re really grateful for your patience, Captains, and thanks for understanding.

Nonetheless, we think this will be a great improvement to quality of life, and we hope you can build more fleet projects, faster than ever before. We’ll see you out in the final frontier.