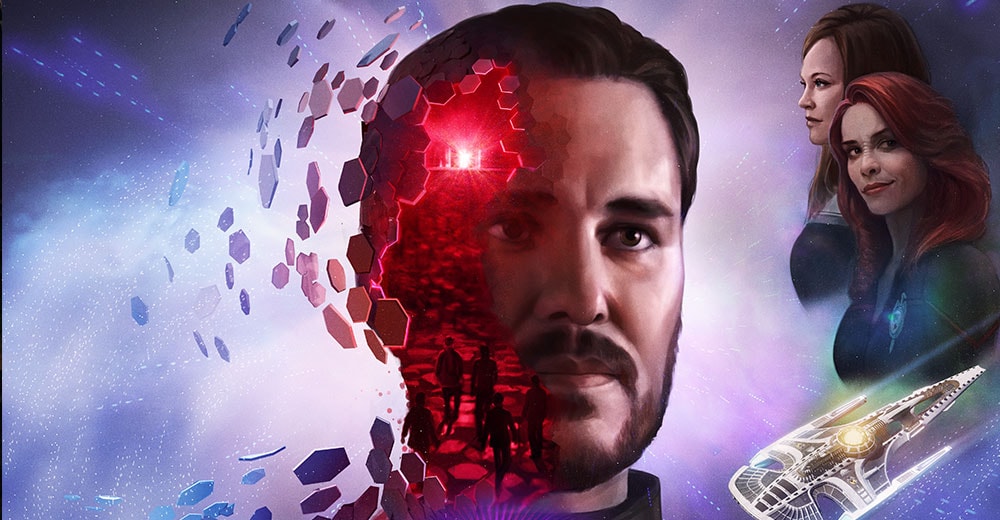 The Emperor. The Other. The threads that were began with the latest incursion from the Mirror Universe are beginning to come to a head, as Wil Wheaton steps into Star Trek Online to portray the Mirror version of his classic character, Wesley Crusher. Wielding god-like Traveler powers, and cementing his relationship with the Mirror version of V’ger, Emperor Crusher is one of the largest threats the galaxy has ever faced, and only you can stop him.

Battle inside of The Other itself in the brand new Task Force Operation, Storm Chasers, and participating in that TFO is one way to progress in The Emperor’s Will event. This brand new event combines some of our favorite Terran Content, and completing it for 20 Days will give you a brand new ship, the Terran Somerville [T6]!

That’s not all. If you want to take your Bridge Officers to the next level, the Elite Bridge Officer Training tokens are here for you. Using one of these tokens on a Bridge Officer will immediately upgrade their rarity to ultra rare, and granting them a Kit Frame Slot, Personal Ground Trait Slot, and a Device Slot.

You are the last hope for the universe once again, Captains. Do you dare stand in the Emperor’s way?