Become One with the Cnidarian Defender! 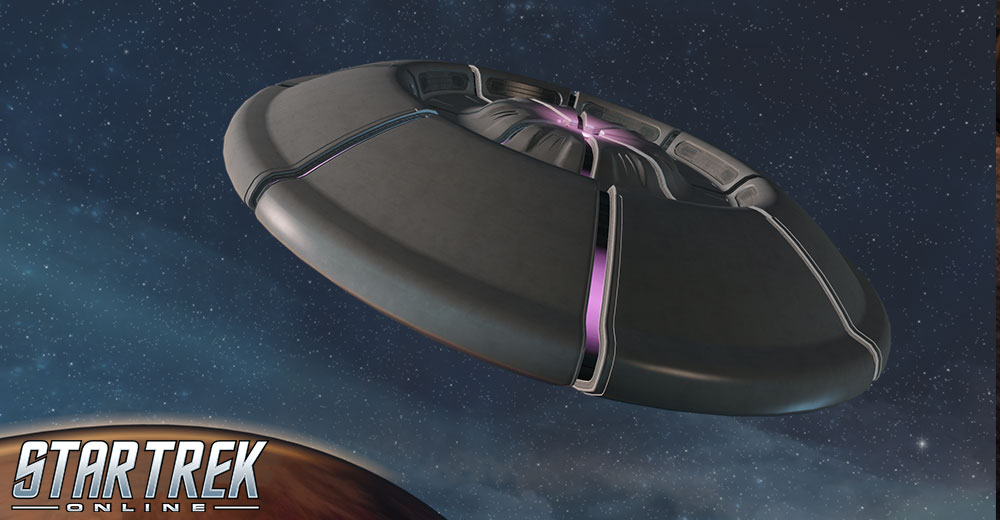 Shore leave has never been quite as relaxing as it will be during Star Trek Online’s 2022 Lohlunat Festival, starting soon on a Risa beach near you! This year’s Grand Prize for participating in the Event will be an entirely unique starship, of a sort never seen before – the Cnidarian Defender [T6]!

This living ship is actually a sentient and benevolent being, first encountered by Starfleet during the infamous “Encounter at Farpoint” mission, led by the U.S.S. Enterprise under the leadership of Jean-Luc Picard. Many members of this cosmozoan species have entered into a tentative agreement with The Alliance to serve as provisionary members, and are offering their services as exploratory and defense vessels to further this burgeoning relationship.

Once you have earned sufficient Daily Progress, you may claim this Starship for your entire account. Just open the Event Reclaim Store to claim a Cnidarian Defender (T6) for each captain on your account.

There is no computer record of any such vessel. Unknown ship. Unknown configuration. Not responding to hails. Our sensor signals just seem to bounce off.

To facilitate the Cnidarian Defender's ability to revert quickly to its natural form in combat, a portion of the form of the "ship" must be dedicated to these specialized subsystems. Activating these will cause the saucer-like form to be shed, revealing its true form: The Star-Jelly!

Once in its natural state, it will lash out and stun nearby enemy starships, while simultaneously healing and protecting nearby allies. This form can be maintained indefinitely, but does severely limit maneuverability while also making its weapon mounts inaccessible. If the Star-Jelly is reduced to low health, it will automatically revert to its saucer form to protect itself.

This console also provides a passive boost to Starship Hull Restoration and All Damage Resistance Rating. This console may be equipped on any console slot, but may only be equipped by the Cnidarian Defender.

Activating any Hull Healing Bridge Officer Ability, or any Miracle Worker Bridge Officer Ability that targets yourself or an ally, grants the target of that ability the "Gelatinous Membrane" effect for a short duration. While active, this effect reflects a portion of any Physical and Kinetic Damage they receive back at the owner of that damage (pre-resist values), while also granting an increase to their Physical and Kinetic Damage Resistance Rating. This effect cannot be stacked, but will instead be refreshed by subsequent applications.

Note that not all sources of damage may be reflected, such as those that originate from indirect sources such as some Anomalies, Hazards, or Mines.