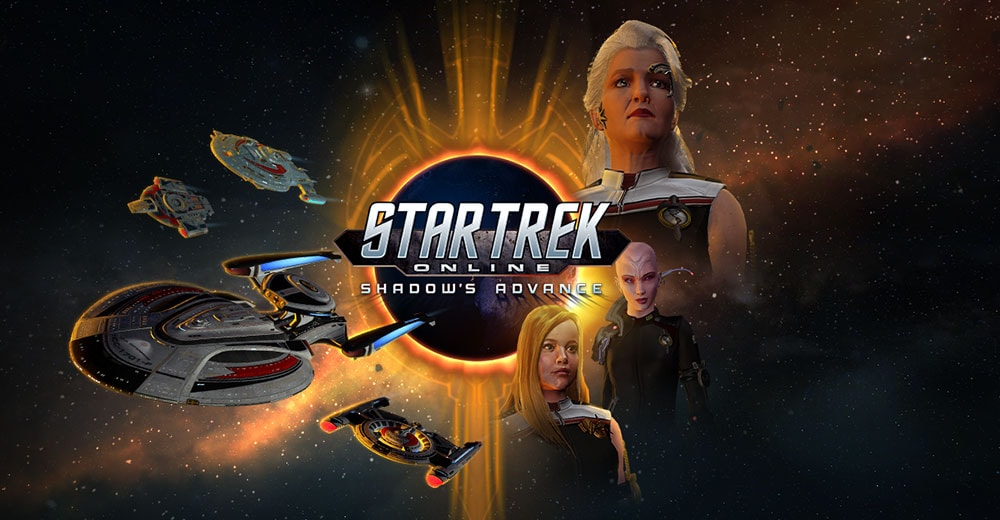 In the world of video games, especially massively multiplayer online games, lasting a decade is unheard of. Star Trek Online has explored the final frontier twelve years. It’s an incredible number that could never have happened without you, the Captains who play our game, bringing the Star Trek Universe to life in a way no other piece of Trek media can. We’re so grateful that you have and continue to take this ride with us, whether you’ve been here since Beta or your first day playing was today.

And speaking of today, we’re marking our anniversary with a drop of brand new content, starting with one of the most exciting guest stars we’ve ever had. Kate Mulgrew returns to the role she defined, Kathryn Janeway, the first woman to Captain a starship as the lead of her own show. For seven years, Janeway guided the crew of Voyager on their desperate search for a way home, but what has she been doing in the year 2411? You’ll find her in our brand new episode, “Red Shift,” alongside Star Trek favorites Mary Wiseman and Chase Masterson. The Terran Empire has attacked Jupiter Station, but why? What do they want?

Janeway has also been retroactively added to the Delta Quadrant missions that feature most of the rest of the cast of Star Trek: Voyager. You'll find the Admiral directing you on missions throughout that entire storyarc.

You’ll be able to explore Jupiter Station yourself in “Red Shift,” or defend it in space in our brand new Task Force Operation, “Iuppiter Iratus.” Completing the mission, the TFO, or the Omega Particle stabilization game will earn you progress towards the Jarrok Alliance Carrier, a brand new T6 ship that combines Romulan and Federation designs. And you can open the Emerald Chain Lock Box to claim items used by the villainous syndicate during Star Trek: Discovery Season 3.

One more thing: The last two years were banner years for STO, and we want to celebrate with you. Log in to the game during the Anniversary Event to claim a free 100% off T6 Ship Coupon for the Zen Store!

We can’t wait to share these stories with you, Captains. Don’t wait, Star Trek Online: Shadow’s Advance is live on PC right now!