Ships of the Line: Steamrunner Bundle! 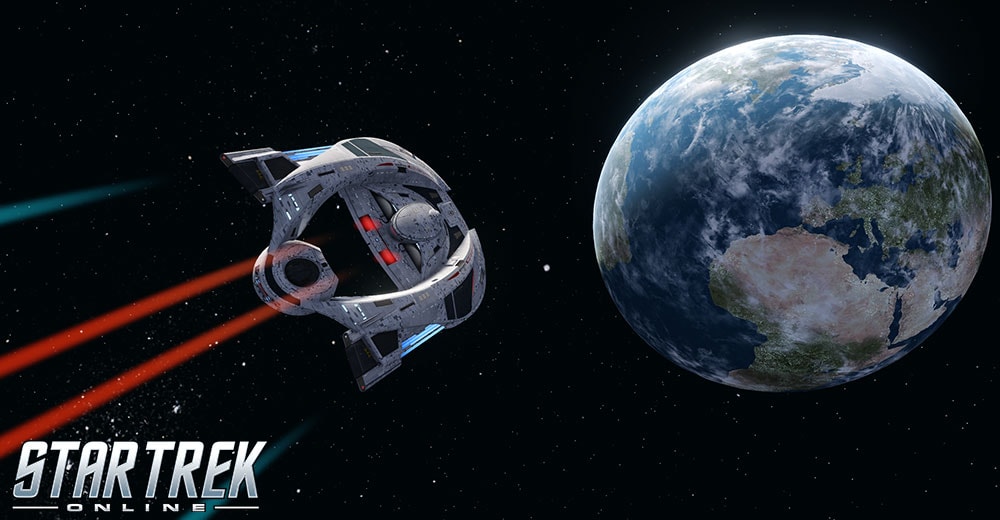 Celebrate the deep lineage of another of Star Trek’s famous ship classes, with the upcoming Ship of the Line Bundle, this time featuring the Steamrunner Class! This bundle features ships from this class that currently appear at multiple tiers in Star Trek Online’s existing vast ship catalogue, as well as a brand new Tier-6 variant that will soon be swelling its familial ranks.

The T6 Appalachia will also be available as a separate purchase in the Zen Store.

This well-rounded escort is durable, agile and outfitted with an excessive amount of weapon mounts, by Starfleet standards. Redundant power couplings run along the length of nearly every subsystem, cross-linking them with the ship's various energy and torpedo emitters, ensuring that all weapon systems remain operational for as long as possible in any conflict, regardless of the damage the ship may receive in return.

A starship equipped with this console is capable of firing a barrage of high yield tricobalt warheads at a distant target. Upon reaching their target destination these warheads will detonate causing massive damage to any starships unfortunate to be caught in the blasts. These detonations cause a large subspace tear to appear and damage and disable nearby enemy starships.

This experimental piece of weaponry was designed to deal catastrophic damage to a target starship's hull by bypassing its shields entirely and then drilling through the starship's armoring directly into the vulnerable starship components. This translates as a large spike of immediate damage, followed by an ongoing damage-over-time effect.

While this trait is slotted, activating a Torpedo or Mine firing mode Bridge Officer ability will grant a large Shield Penetration and Hull Penetration bonus for a short time.

** All details, stats, and features subject to change.