Reroll and Pass with Dilithium!

In our ongoing efforts to provide players with sources for their stockpiles of Dilithium, we have decided to introduce a new permanent way to spend Dilithium into Star Trek Online that will modify the behavior of existing gameplay in a low-impact manner. Our hope is that by providing more of this type of permanent way to spend Dilithium, the long-term health of the game’s economy can come closer to a stabilizing point.

Beginning with this update, we have modified the method of acquiring the following tokens:

Starting on 8/24/2021, players on PC may purchase these Tokens directly using Dilithium, at a price of 2,500 Dilithium apiece. This change is intended to appear on Console platforms on 9/8/2021.

Previously, players had a chance to earn these resources by engaging with their respective systems, as randomized rewards that were sometimes included with other earnings. This method of earning will be disabled as of the date that the new purchase method goes live.

Existing inventories of these tokens already owned by players will not be changed – you keep what you already have, and continue using them as intended!

Obtaining additional tokens will be as simple as pressing the associated “Buy” buttons that have been newly added to the interface of these two systems, directly next to or above the existing display of a player’s current token count. 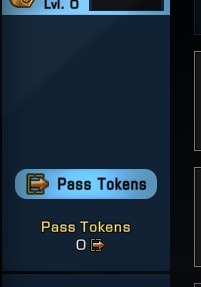 We will continue to offer additional outlets for players’ Dilithium as well as keeping an eye on the impact this change may have on the game’s economy, while also developing additional options for future release.