Time for a Transcendent Summer! 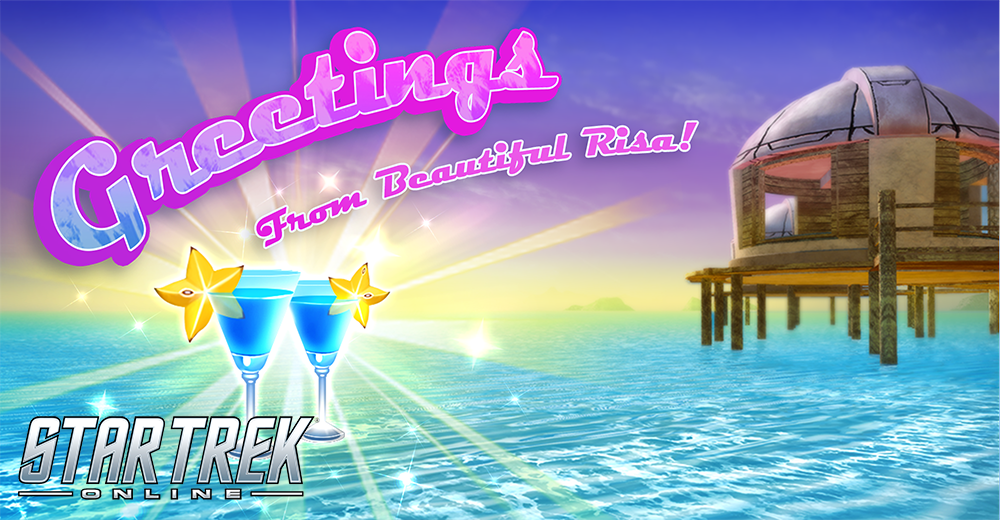 From July 1st to July  31st, the residents of Suraya Bay and the Lobi Crystal Consortium have once again partnered to bring festival participants the highest quality wares. Among these exciting prices are the all new Risian Luxury Cruiser Vessel [T6]. A Dev Blog containing full stats and descriptions will be published separately, so keep your eyes open for it. This year’s celebration will launch simultaneously on PC, Xbox One and PlayStation 4, allowing players of Star Trek Online to get into the summertime spirit regardless of their platform of choice.

As for other Risa activities, all of your old favorites from previous years will be returning, including Powerboard Races, the Biathlon, Horga’hn Hunting, Scavenging with Sovak, and of course the galaxy-famous Dance Party. Participating in any of the events will grant progress towards the Risian Luxury Cruiser Vessel!

Players may access the Event Store to spend their Favors to purchase: 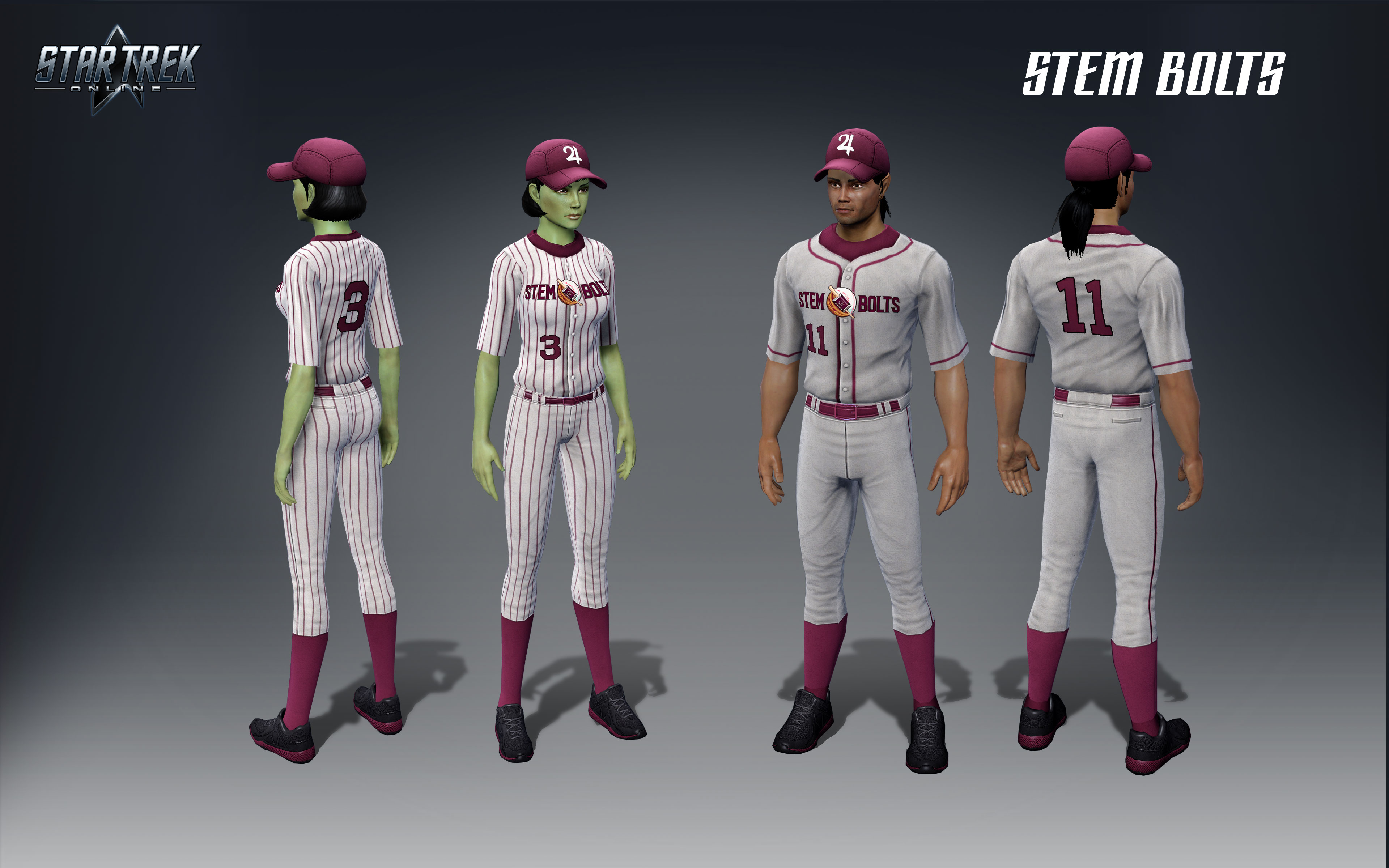 The Jupiter Station Stem Bolts have a maroon color scheme for their engineering theme. 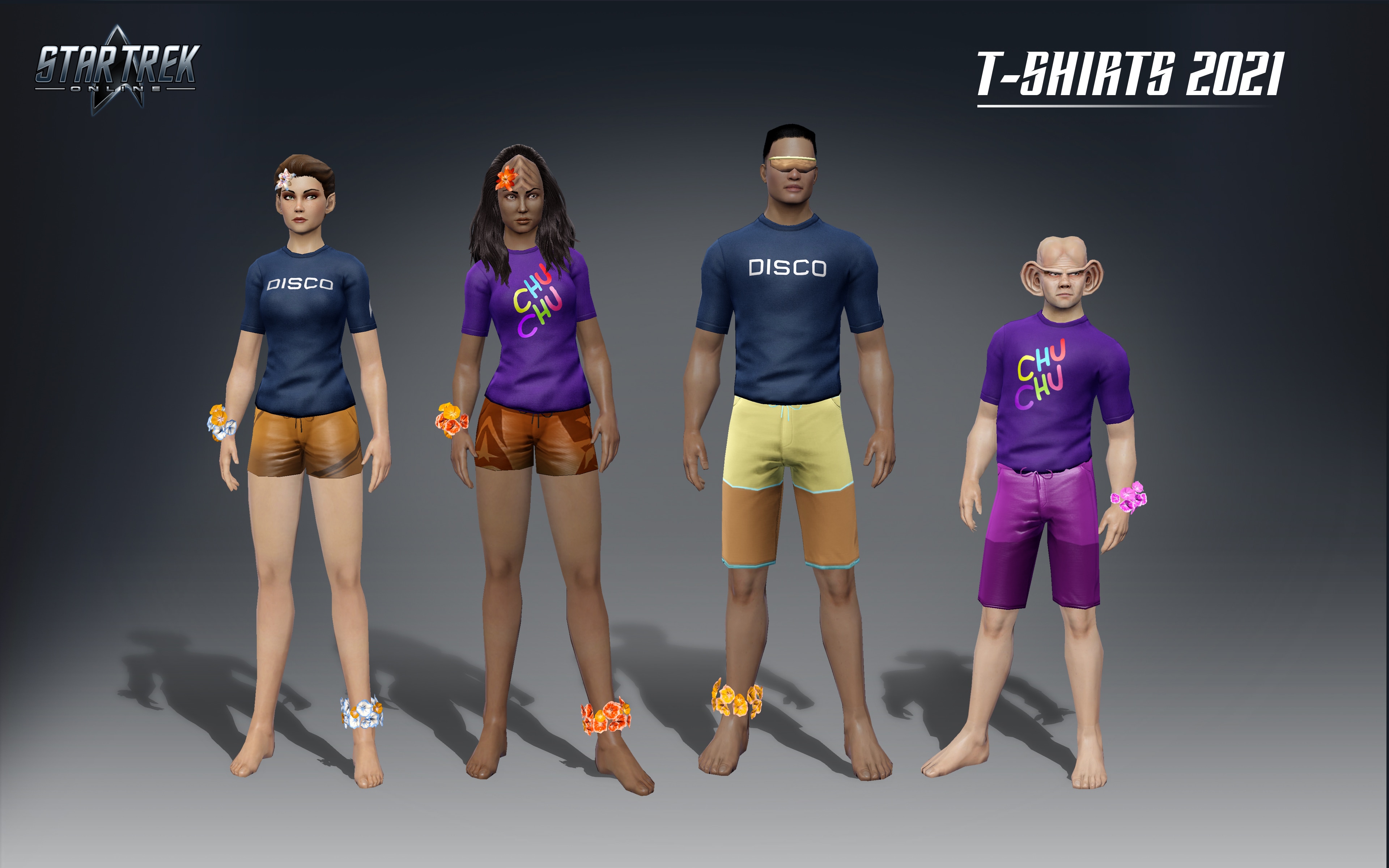 Pick up some T-shirts to show that you know how to get down! Perfect for the Dance Party. 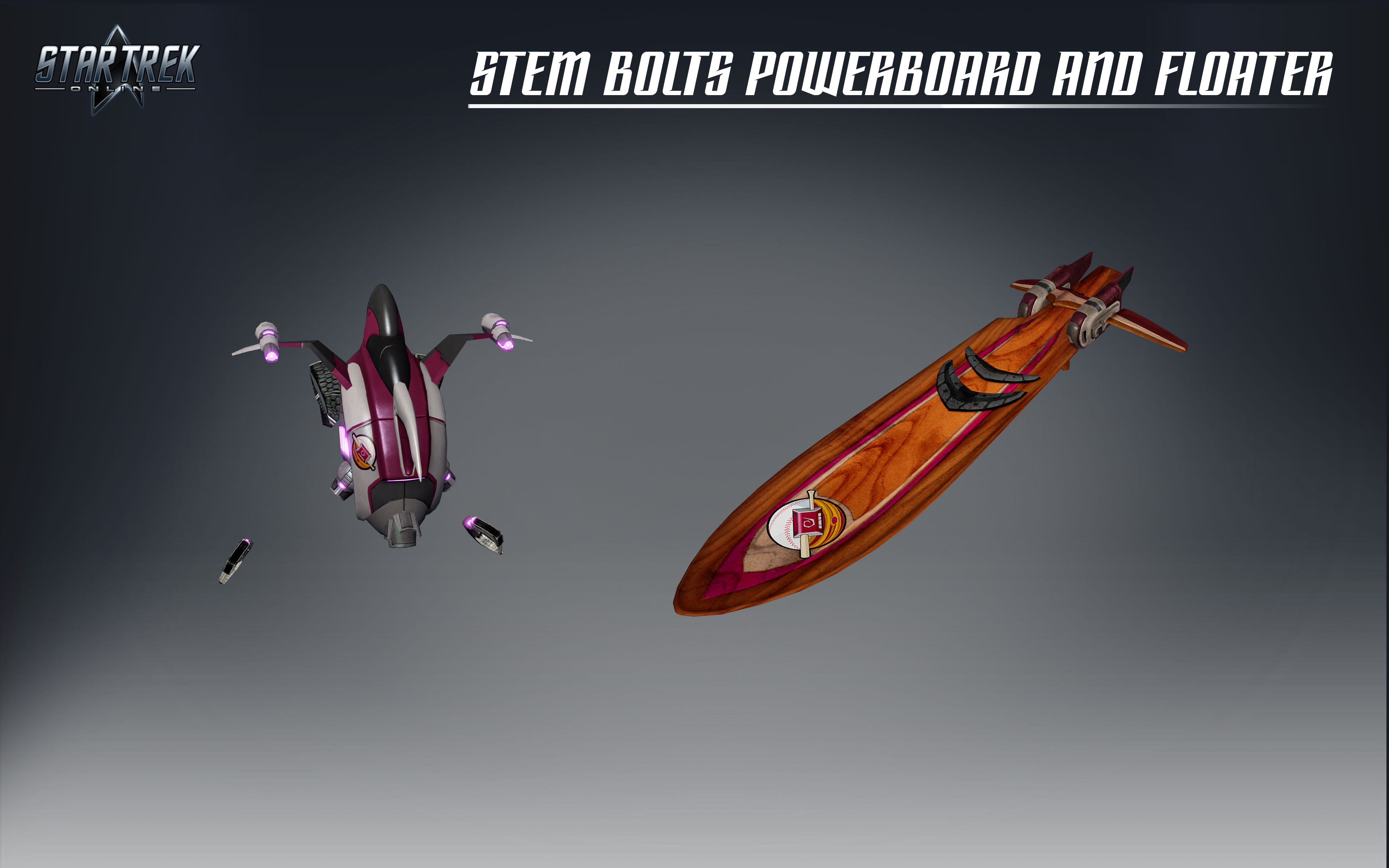 Pick up yours today, themed after the Jupiter Station Stem Bolts!

Returning this year is a new Team-themed Vanity Shield! As with the other Baseball-themed items, this one is themed after the Jupiter Station Stem Bolts.

Tsunami Generator: This Kit Module replicates a wave that rolls out from the creator, smashing into everything in front of it before crashing apart. The force of the wave knocks down creatures and injures them, and has a chance to temporarily disable electronic devices, such as turrets and drones.

A new kit frame from the Risian geoengineers, equippable by any career. This frame contains technology used by researchers who delve into volcanoes. While equipped, it provides rebreather functionality to protect you from toxic gas, and its heat sink controls grant complete immunity to fire! 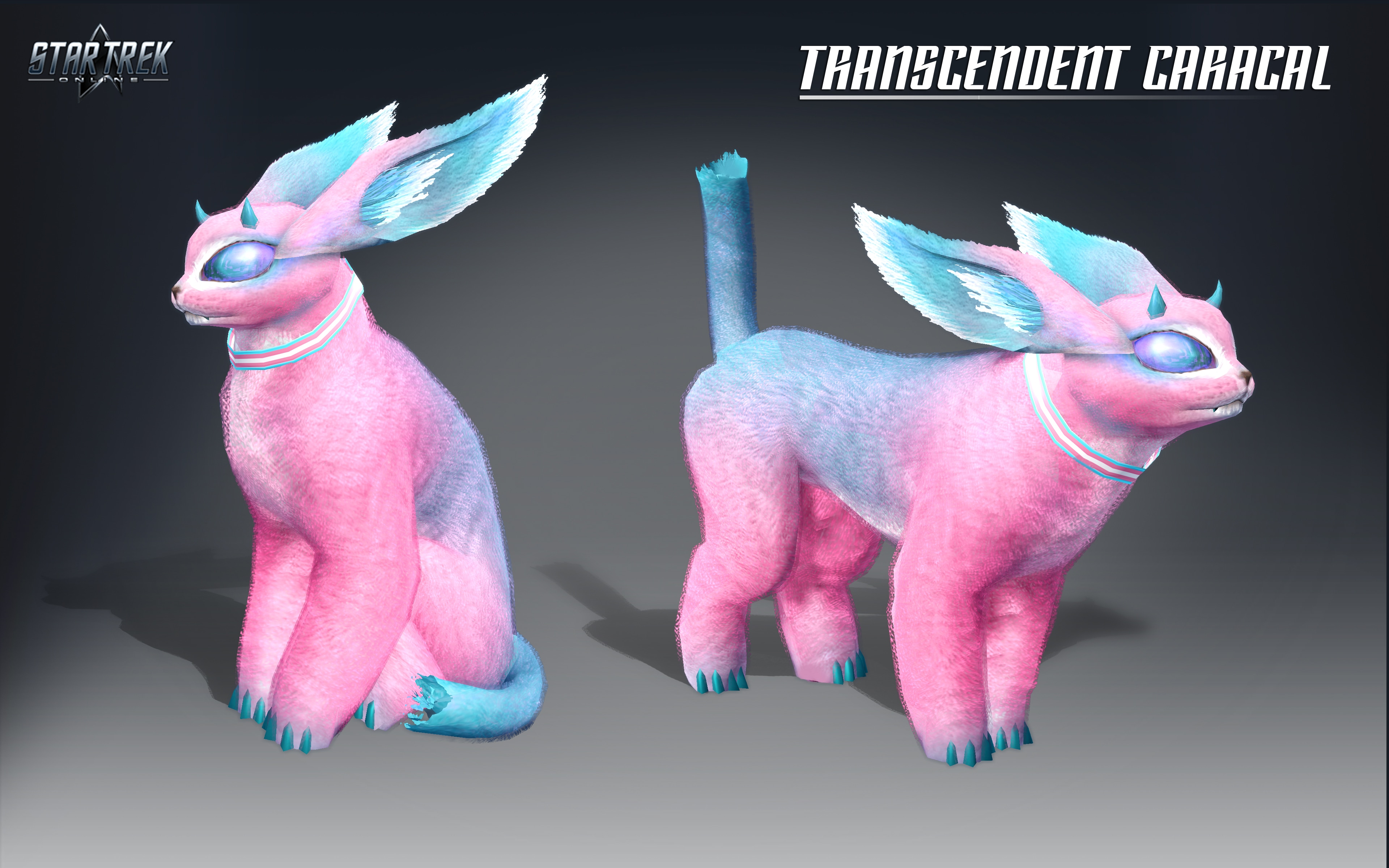 The Risian Transcendent Caracal is a small animal native to the planet Risa. Closely related to the other caracals present on Risa, they are diurnal creatures with an even temperament. This breed has a bright pastel coloration that shows its fearless nature, and can be found in all manner of places as it seems to thrive on overcoming boundaries. Petting the tribble will grant a constant, passive small chance to resist and throw off any effect that would control you, as you refuse to be limited or constrained. If you're on a team with multiple people petting this tribble, the chances stack based on the number of people involved. This tribble is unafraid of Klingons or other species that have treated Tribbles negatively in the past.