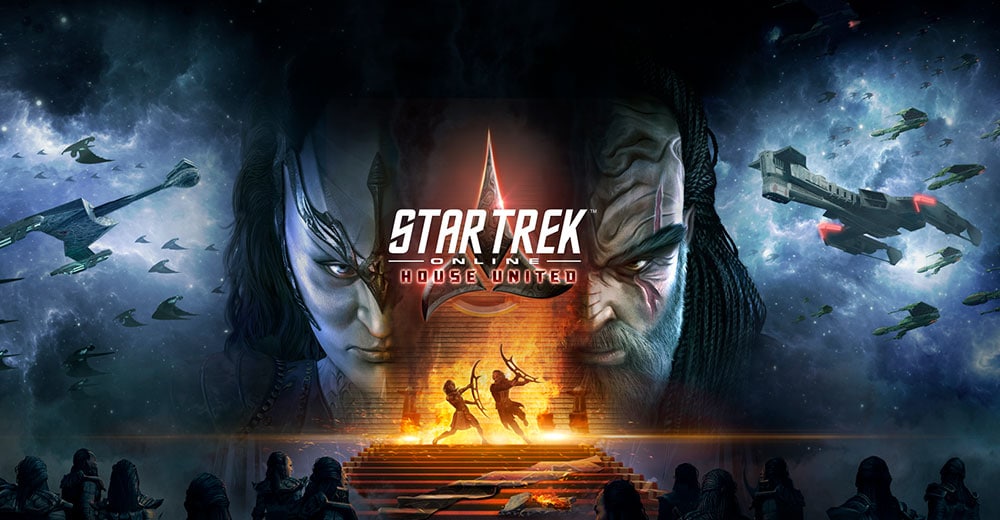 After an honorable and epic Year of Klingon, the time has come to end the story that began with House Divided. L'Rell, as played by Mary Chieffo, is back from the dead, and leading an army to retake the Empire from the Mad Emperor, J'mpok. Whether you are a loyal Klingon Warrior, or one of the other factions taking part in the world of 2411, you've been along for the ride, experiencing the destruction of New Khitomer, clearing your name, and the shattering of the Klingon Empire. Now, you, Martok (J.G. Hertzler from Star Trek: Deep Space Nine) and J'ula must stand against J'mpok to reunite and restore honor to the Klingon people.

This battle will take you around the empire, in the mission "Leap of Faith," and to Qo'nos itself in the mission "Warriors of the Empire," and the Task Force Operation, "Remain Klingon." For the first time in a long time, the story of the final battle will be told in both the mission and the TFO, giving you a chance to experience both the ground and space battles for the Klingon homeworld. Participating in these, and new patrols based off of "Leap of Faith," will progress you in the "Only Qo'nos Endures" special event. Completing that event grants you the powerful Imperial Assault ground set. And finally, the Discovery: Far from Home Lock Box lets you obtain the technology of the 32nd Century, as seen in Star Trek: Discovery Season 3.

You are once again called upon to decide the fate of the galaxy. Fight with honor, Captains. Restore the glory of your empire.Qapla'!