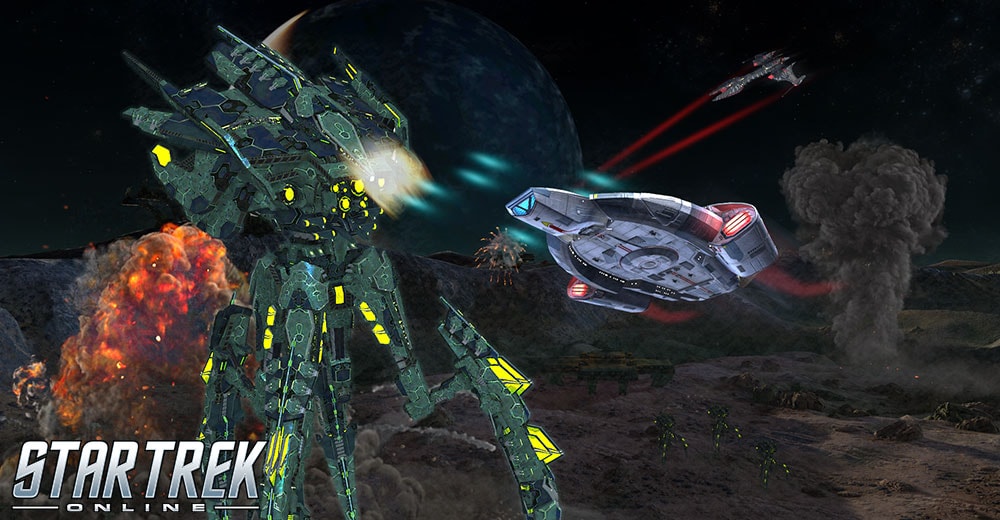 The To Hell with Honor TFO from Star Trek Online: Legacy returns as a brand new event! Earn Daily Progress toward a new grand prize reward by assaulting the surface of an alien landscape, dotted with defensive turrets, and explosive emplacements. Take the fight to this enemy, and cripple their strength before they can launch an assault on the galaxy.

Participating in this Event will give all players the opportunity to win an Elachi Walker and Vanity Pet for their entire account! The event is also the final of our Event Campaign II, where you can earn a free T6 Ship and 200 Lobi Crystals, or 1000 Lobi Crystals. Keep reading for details on these items, how you can participate in the Event, and what additional prizes may be earned.

This Event will be the last of the four Events participating in Event Campaign II on PC platforms. Each day that your Daily Requirement is met, the standard daily allotment of 50 Event Campaign Progress will be applied to your progress toward the completion of the Event Campaign’s Grand Prize. 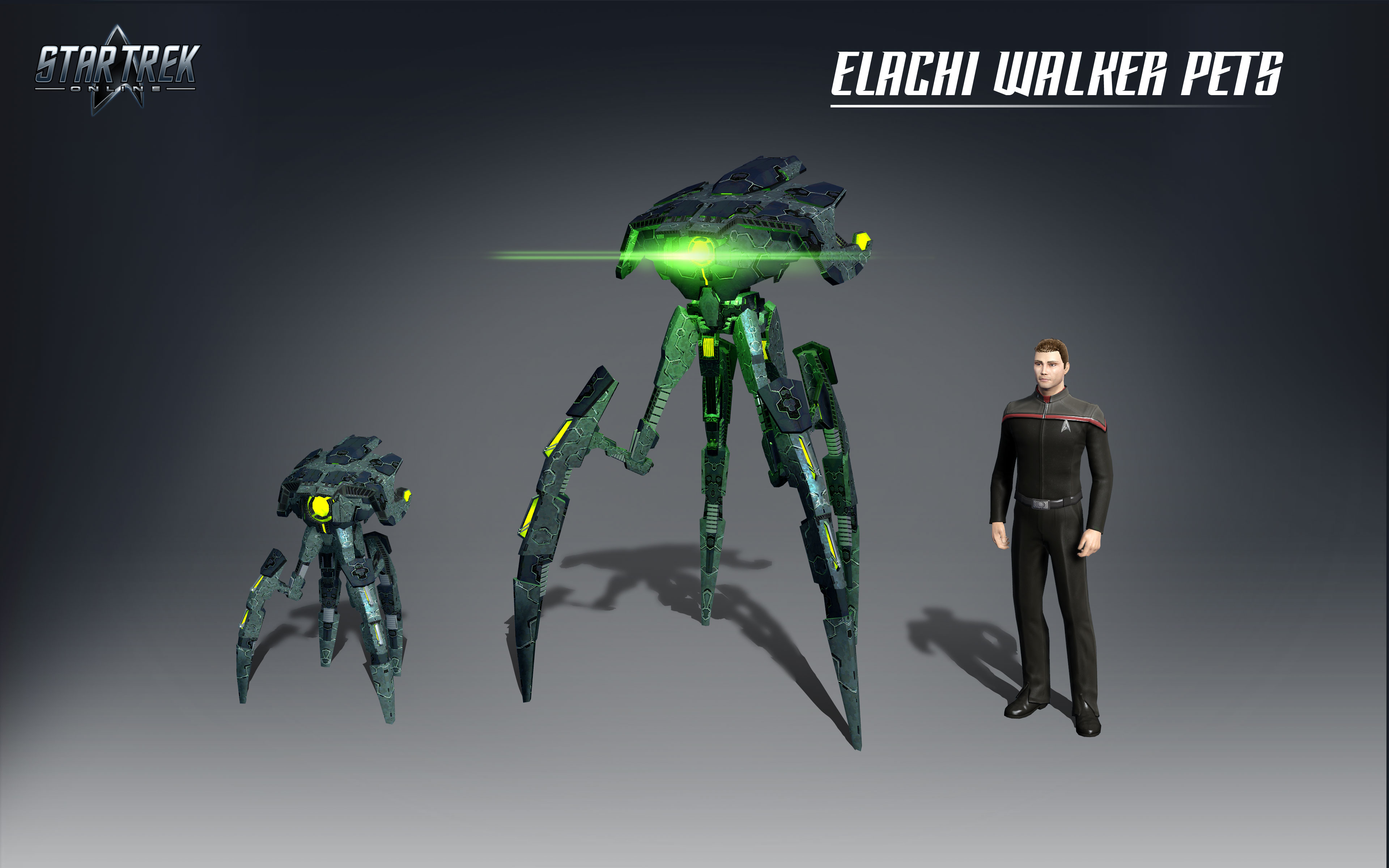 Elachi technology is often unsettling in physical form, perhaps none moreso than the vaguely arachnoid walkers they employ. Some are large enough to threaten starships and tower above cities, others are human-sized. This model, after a fashion, is both.

Recovered from captured designs and scaled down for practicality, this approximately Gorn-sized model is the same core design as the gigantic walkers. It is a heavy assault and fire support unit, armed with the Elachi's signature crescent disruptor weapon along with a massive disruptor beam array. While the beam array lacks the precision to strike individual foes, it is powerful enough to cause a persistent cascade failure of molecular cohesion in the ground underneath its enemies.

This disarmed model is a micro-miniaturized version of the enormous walkers seen employed by Elachi on rare occasion, and suitable as only an automated companion. As it lacks any form of weaponry or combat routines, it will retreat for combat

This special Featured Event will be available exclusively on PC. Its Featured run begins on September 8th, 2020 and will continue until September 29th, 2020. Ride into battle with your brothers and sisters! For glory, for victory!

PC Patch Notes for 9/29/20
Check out all the exciting changes come to Star Trek Online in our latest patch notes!
Read more
Save 30% on Infinity Promo Packs!
Save 30% on all Infinity Promo Packs for the next 48 hours!
Read more
Cryptic Studios Announces Collaboration with Gameheads
Cryptic Studios is proud to announce a collaboration with Oakland-based charity Gameheads, to help mentor and inspire the future stars of gaming.
Read more