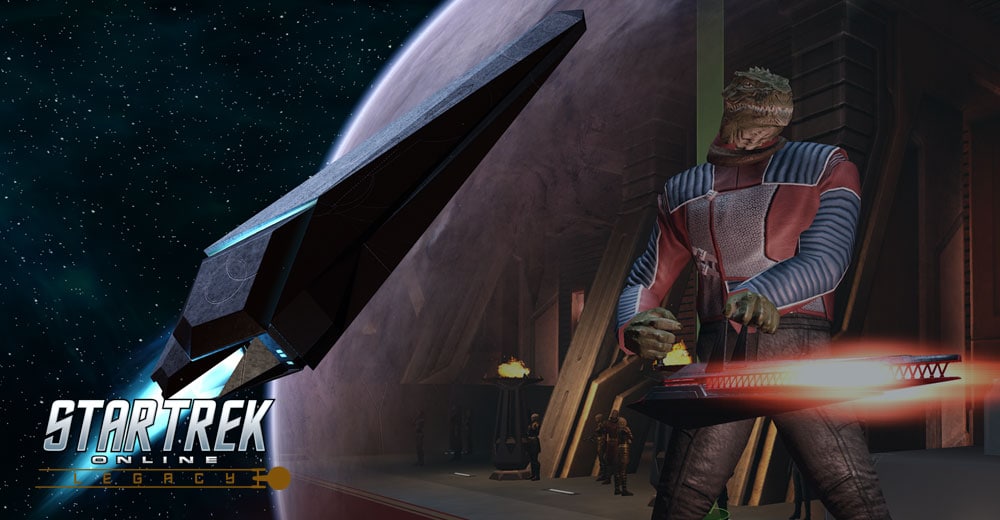 Meddling in the timeline is prohibited by almost all galactic powers in one way or another, but when values are in conflict a hierarchy must emerge. The Iconian War set that prohibition against life itself, and while records are tightly sealed, temporal disturbances were recorded by independent observers across the quadrant. We have recently learned that this, at least for Starfleet, was not a unique instance. An entity called the Red Angel meddled repeatedly in what has been termed the ‘prime timeline’, giving credence to the notion its primacy refers to its favorable outcome. The Angel’s actions were seen as a moral duty: values held by life mean nothing to cold, dead rock.

In this way have morals and ethics always conflicted with practicality in Star Trek. A culture’s principles must eventually weigh against each other. Brutal decisions creep ever closer, we cannot always find clean ways out, and those moments tilt the true scales of morality. We are unable to discover answers, only outcomes. The Red Angel did what they felt was right, and in their wake we are privileged to pick up the pieces and judge. In doing so, each of us prepares ourselves. When cleverness fails you, when the test of history is upon you, you must choose what will be left in your wake.

The Lobi Consortium understands such things better than most. Ferengi are typically inoculated against this moral burden that aches the lobes. Answers come from a spreadsheet and judgement goes to the lowest bidder. It’s a clean monopoly of conscience, and the Consortium is quite happy to provide all manner of technology scavenged from the Red Angel’s wreckage. The only costs are fiscal when the only good is latinum.

Captains opening the Angel’s Wake Lock Box may find themselves fortunate enough to win the Ba'ul Science Intel Spearhead [T6].  It is the apex of Ba'ul ship design. Powerful defensive capabilities ensure it's no pushover for any invaders to the area it guards, and its synchronization with other Sentry Vessels allows it to transform any contested space into an unyielding place, inhospitable to all its foes.

A powerful Universal Console can be acquired in the Angel’s Wake Lock Box: the Temporal Anomaly Projector. Activating this console projects a Temporal Anomaly toward the target. This Temporal Anomaly will follow the target ship and stop on contact. It will damage and disable the weapons of enemy ships in its area, both while it seeks its target and after it stops. It also provides moderate bonuses to Antiproton, Physical, and Radiation Damage. Finally, it improves Shield Regeneration.

A new Starship Trait is also available: Onboard Dilithium Recrystallizer. Activating an Engineering Bridge Officer Ability adds Power to whichever Subsystem has the least Power for a short duration. Then, for each non-Weapon Subsystem at maximum Power, the ship gains Bonus Damage for a moderate duration. Only the largest Bonus Damage applies if this triggers more than once.

The Angel’s Wake Lock Box also has new Space and Ground weapons inside the Ba’ul Antiproton Weapon Pack. Ba’ul technology uses novel means of manipulating the flow of antiprotons, causing cascading resonance in enemies that can be harnessed to additional effect. These weapons are available as beams and cannon in space, and on the ground as pistol, two kinds of rifle, and heavy assault weapons. The standard Antiproton effect is replaced with Ba’ul Refraction, causing each shot fired to chain to an additional nearby target for a bit of extra damage. Rarely, weapon packs contain the Ba’ul Vanity Shield, providing the aesthetics of the Ba'ul Science Intel Spearhead to a ship that equips it in its vanity shield slot.

Captains may also acquire Angel’s Wake Kit Module packs. Two of these Kit Modules are universal, and can be used by any class. The rest are restricted to their specific class, as they are the Captain version of the Bridge Officer Training Manuals also offered in the Angel’s Wake Lockbox.

Accordingly, new Bridge Officer Training Manuals can also be found inside the Angel’s Wake Lock Box. Fit for Lieutenant through Commander rank, they represent the I, II, and III version of the above career-specific Kit Modules.

New Captain’s Traits are also available within the Angel’s Wake Lock Box. They are universal and available to all species.

There are many other prizes within the Angel’s Wake Lock Box for players to acquire, such as the Ba'ul Vanity Shield, R&D Packs, Boosts, and other assorted items.

This Console improves Antiproton Damage and Hull Capacity, as well as periodically clearing Control debuffs from the ship.

The Ba'ul Linked Sentry Antiproton Omni is integrated directly with the ship's structural integrity field, allowing it to sync heat across the entire hull. It fires more rapidly than a normal Omni Beam Array.

Active: Remove all debuffs from your ship. Gain massive Control Resistance and Bonus Antiproton Damage for a moderate duration.