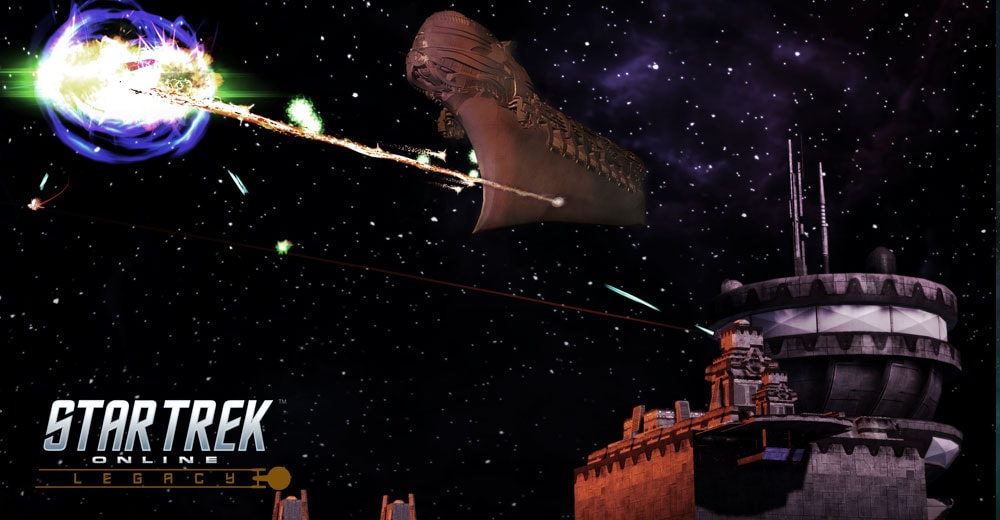 “Silent?” Kagran repeated the word at the viewscreen, but he had heard General Martok clearly enough. It was rhetorical. He was merely trying to buy time to process what he had just heard.

“Yes, silent, captain.” Martok did not appear to either pick up on or care for the pointless inquiry. “In all my days Rura Penthe has been described with many words, but never silent.”

Kagran understood Martok’s meaning, all too well. Rura Penthe was the most notorious penal colony in the Empire, if not anywhere. It was a product of the old ways, a testament to the brutality of the Empire, and a promise to betrayers. Its population consisted mainly of political prisoners, or those whose dishonor was so heinous they did not deserve a warrior’s death. Why would it suddenly go silent?

As if sensing Kagran’s internal musing on the subject, Martok continued, “If the listening posts have gone silent then it is clear that the colony is either under attack or soon will be. Leave it to J’Ula to prioritize the recruitment of honorless trash by orchestrating a prison break.”

Something about this wasn’t adding up, as it often did when J’Ula was involved. Kagran was calculating unknown strategic variables before deciding to focus on what was known instead, “But it’s gone silent. General, I must urge caution in this regard. Rura Penthe’s listening posts are too spread out to have all gone silent at once. It would take far too many ships to accomplish this for such a small strategic gain. That’s the purpose of the posts, to make it infeasible, logistically, to attempt any sort of prison break without being detected.”

Like Kagran, Martok began to look for the unknown variables in this situation. He came to the same satisfactory conclusion. “It’s a Mo’Kai trap.” The leather of Martok’s gloves audibly creaked and groaned as he squeezed his fist in anger. “Or a gambit...”

Kagran nodded, “Impossible to say at this time. What is clear, however, are the facts. Rura Penthe is silent, and J’Ula has motive for wanting it that way. The layers of her plan beyond that we can only speculate, but caution is warranted.”

“Aakar” the name was almost whispered by Martok. “It’s Aakar” he said more confidently, becoming certain of his revelation. “That bastard Aakar is behind this!” Martok slammed a fist down on his command chair and laughed. Kagran’s silence was an indication that he wished for the general to continue.

“Don’t you see? This is clearly Aakar’s doing.” Martok began to lay out his theory. “During the war... what was the name of that Federation world...” the knowledge escaped his memory momentarily, Kagran moved things along, understanding where this was going. “Prior’s World.”

“Priors World!” Martok was animated now, “Aakar developed a virus to infect the systems of the Federation defense grid, knocking the entire network out and turning their satellites against them. This is his work, I can smell his stink all over it!”

While the logic leap was just that, Kagran could not disagree completely with the supposition either. Captain Aakar was infamous for his development of computer virus technology for the Mo’Kai and in particular his genetic virus which wrought havoc not only on Priors World, but also on a Federation prison where he was briefly held after being captured at Priors World.

“Cold” responded Kagran, stopping Martok’s thoughts dead in their tracks. He peered into the viewscreen asking for clarification.

“Mo’Kai layers indeed.” He laughed. “J’Ula has a goal. Aakar has the means. But Aakar has only revenge on his mind.”

Kagran nodded in agreement, “Then it’s settled. This is a trap, wrapped in a prison break, and you’re going to need a lot more firepower than the Rotarran can bring to bear if you are going to stop it.”

Martok sneered at Kagran. Finally the Klingon was talking instead of that Alliance Captain. “Are you offering the support of your Khitomer, Kagran?”

“Oh, I’m offering much more than that.”

The Klingon Defense Force and the Alliance call upon all captains to lend aid in repelling Aakar’s attack on Rura Penthe. Only together can this assault be halted in its tracks. Join the Task Force Operation called upon to stop the prison break at Rura Penthe and visit upon Aakar a dish “Best Served Cold.”