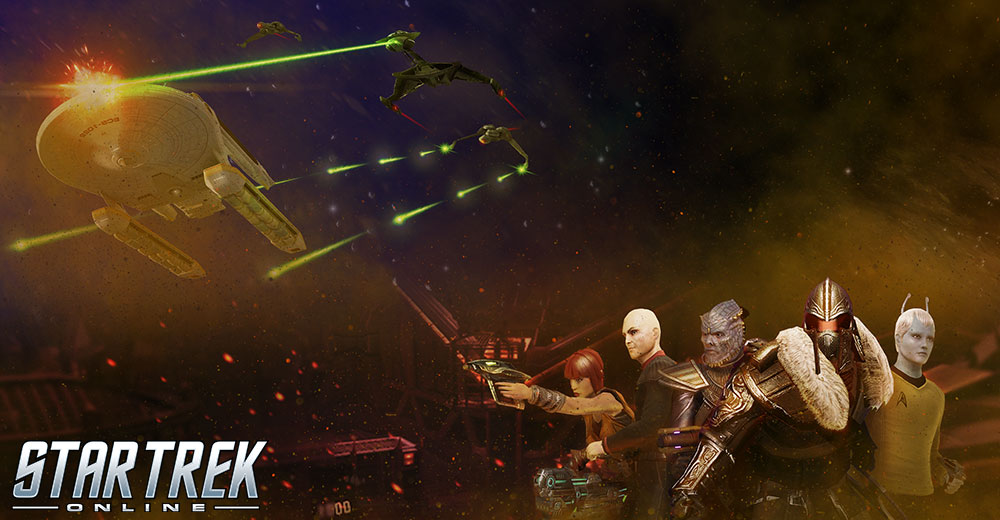 Participating in this Event will give all players the opportunity to win a Flyable Freighter and Epic-Quality Admiralty Ship for their entire account! Keep reading for details on these items, how you can participate in the Event, and what additional prizes may be earned.

The No Win Scenarios Event will be one of the four Events participating in Event Campaign II. Each day that your Daily Requirement is met, the standard daily allotment of 50 Event Campaign Progress will be applied to your progress toward the completion of the Event Campaign’s Grand Prize.

Once earned, every character on your account will be able to claim this unique Starship. Freighters come with unique internal amenities and capabilities not found aboard standard starships. Complete details on this Starship’s capabilities are included later in this blog.

Other characters on your account may visit the “Reclaim Rewards” store interface to pick up their Freighter once you have collected this on any character.

The Admiralty Ships associated with these vessels have been specially upgraded to Epic/Gold quality, and offer bonuses far beyond those of a standard Admiralty Ship of its tier.

Each of these flyable Freighters possess the unique amenities that all Freighters are known for, in addition to an Epic-Quality Admiralty Ship. Commissioning either will also unlock a unique Registry Prefix for characters on your account of the same allegiance – “E.C.S.” for Federation characters and their allies, and “K.C.S.” for Klingons and their allies.

** Some of this ship’s capabilities will scale up until being approximately equivalent with a Tier 4 Starship, and may not match those listed here if commissioned or flown by a Captain below level 30.

This Freighter's interior has a number of amenities, including a Trade Duty Officer Assignment contact, which is not standard on most starships. Both you and your allies can access the Trader. Also assigned to the Freighter interior is a Quartermaster.  The Quartermaster can sell you and your allies commodities at a discounted rate. A similar discount applies when you make any Energy Credit Purchase while onboard your ship (for instance, from Sector Space Freighter Stores). The interior also include access to the Bank, Exchange and Mail, all of which are accessible to you and your allies.

Freighters are not designed as combat vessels.  They come with minimal armaments designed only to ward off pirates and other would-be threats.

Note: You can switch to your Freighter from any ship interior. Once you're done using it, switch back to any ship from the Freighter interior.