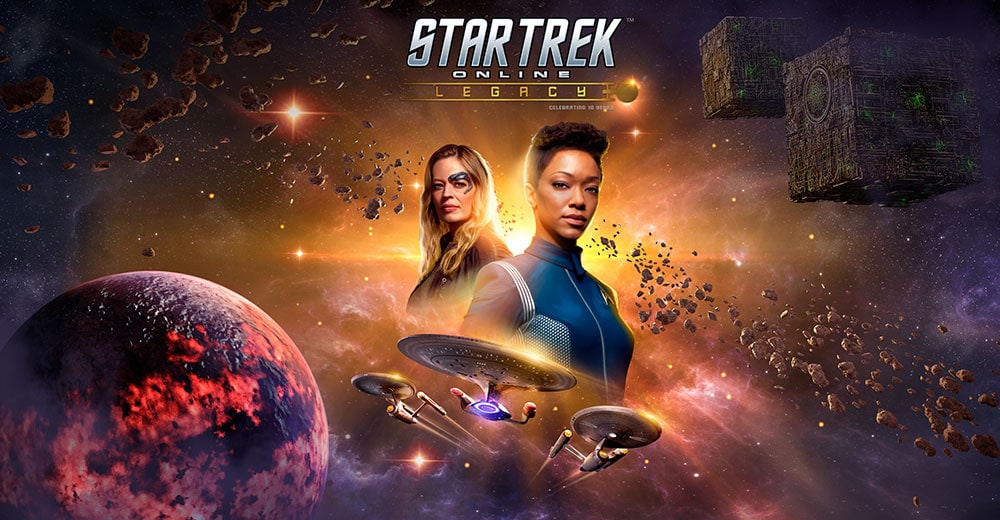 Our 10th Anniversary is here, and the Legacy begins. Star Trek Online: Legacy is live right now! Cryptic Studios is over the moon to present our Tenth Anniversary Celebration to our fans on PC starting today, and on Xbox One and Playstation 4 March 3rd. We’re excited to share all of the content in Legacy with you, some of which you’ve known about, some of which is brand new.

The Anniversary Event also comes with a major prize – the Khitomer Alliance Battlecruiser. This new ship, the first to combine Federation and Klingon technology, is a sign of the peace that’s beginning to dawn across the galaxy. You can earn it by participating in the returning Omega Molecule Stabilization Event, by playing The Measure of Morality, or by participating in the brand new Task Force Operation, To Hell With Honor. Bring your starships to J’Ula’s shipyards on a distant moon, and battle one of the largest enemies we’ve ever created in the game.