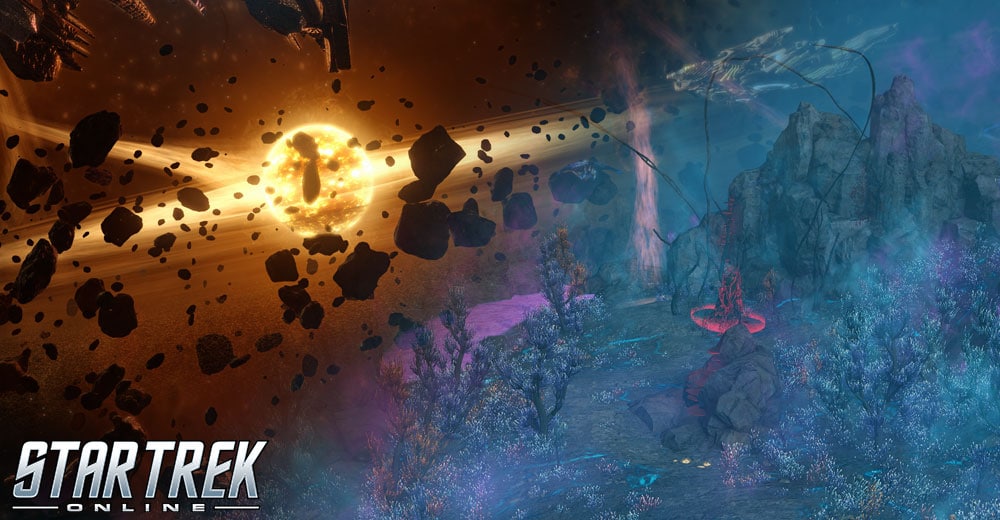 We’re pleased to announce that, with the launch of our 10th Anniversary Update, two Task Force Operations will be entering the regular rotation, with their own advanced and elite versions! Both Battle at the Binary Stars and The Mycelial Realm are coming to test your mettle in space and on the ground.

In Battle at the Binary Stars, experience one of the darkest moments in Federation history, as a bloody war was kicked off with the Klingons. You’ll enter a holodeck simulation of this historical event, and your ship will take on the holo-image of an era appropriate Federation craft. You may not be able to prevent the war, but perhaps with your ingenuity and cunning, you can save more lives than the Captains of history.

In The Mycelial Realm, Ju’la and her forces are attempting to harvest the power of the Mycelial Network. You can only put a stop to it by venturing inside the network yourself. Team up with Tardigrades, battle the Elachi, and put an end to Ju’la’s mad plan!

Both of these TFOs will be part of our upcoming 10th Anniversary Update, launching later this month!