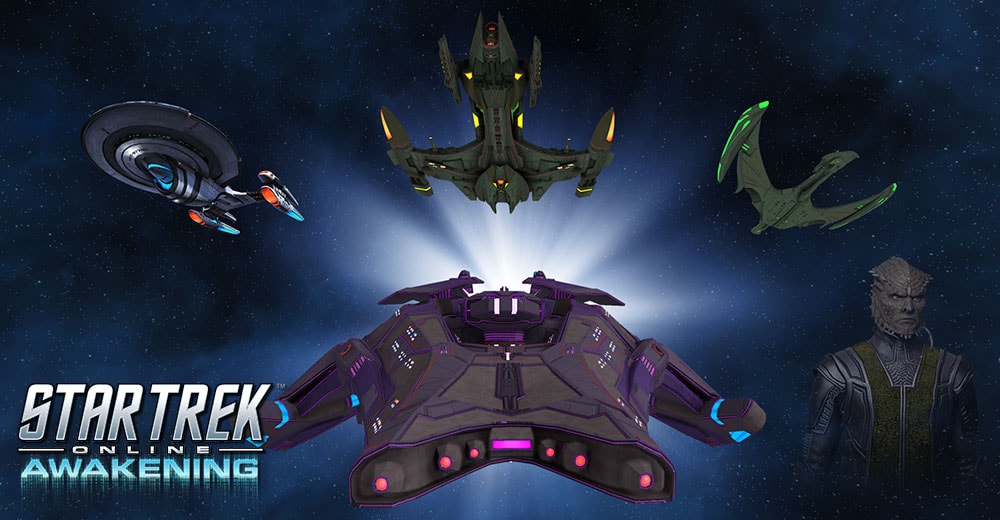 With the upcoming sale on Lifetime Subscriptions, scheduled to start on October 24th, we will be adding new Jem’Hadar-themed rewards to the already-substantial catalogue of offerings that are included with this valuable purchase.

Veterans and Lifetime Subscribers will see each of the following new additions unlocked for all of their Jem’Hadar characters upon the completion of the Dominion Tutorial Experience on those characters.

Multiple new uniforms are being added for use by Jem’Hadar characters. These offerings will allow you to represent the Dominion with pride, as you show off your veterancy and dedication to defending the Gamma Quadrant, and beyond.

The Jem’Hadar Vanguard Heavy Destroyer [T6] will be available for claim from the Shipyard by any Jem’Hadar character that is made on a lifetime subscription account. When this ship unlocks, you will also gain access to a new Jem’Hadar Veteran Ship Material, usable on any Jem’Hadar starship (including those originally released in Lock Boxes).

Here are the ship’s stats and details:

The Vanguard Fleet is the personal detachment of Dominion starships and soldiers that accompany the changeling known as Odo. As one of the few Founders with an affinity for life as a solid, he was placed in command of this fleet in an effort to combat the re-emerging Hur'q threat.

Odo's time spent living among solids has given him a greater degree of empathy and understanding for the sanctity of life, including those of his loyal Jem'Hadar soldiers. As such, he has commanded additional resources and research be pooled toward increasing the Vanguard's technological and logistical superiority, with the purpose of ensuring a greater chance of victory, and reducing or eliminating Dominion casualties.

Frequently acting as the flagship for Dominion fleets, this commanding starship is just as suited to frontline assaults as it is to leading its fellow starships in strategic strikes from a position of authority.

Vanguard starships come included with two loyal Jem’Hadar ace pilots. These expert pilots fly their own Jem’Hadar Vanguard Raiders in formation with you, never straying far from your side. Their extensive experience in team-based tactics allow them to execute powerful maneuvers at your command. In case of catastrophic ship failure, they will return back to operations shortly and automatically after a brief lockout.

The Jem'Hadar Vanguard Heavy Destroyer is similar to an Escort, but has many qualities of Light Cruisers and Science Vessels. It comes equipped with a prototype Enhanced Dynamic Tactical System console (or EDTS). This console allows you to transform your ship between Regenerative Mode and Tactical Mode.

In Regenerative Mode, your Tachyon Inversion Beam is enabled, which can siphon shields from multiple targets. Also, excess power is transferred to the Auxiliary System in this mode, and you’ll gain a bonus to Starship Shield Systems.

This unique station mod may only be equipped on Heavy Destroyers, but may be equipped in any of their console mod slots.

The Fleet Jem'Hadar Vanguard Heavy Destroyer [T6] has been specifically designed to support your Fleet. Fleet Starships are built to the highest standard and have increased Hull Hit Points, Shield Strength and an additional Console slot. Tier 6 Fleet ships do not have a 5th Starship Mastery level and thus do not unlock a Starship Trait.

The newly-added Costumes and Ship items will remain part of the rewards included with a Lifetime Subscription after the sale has ended.