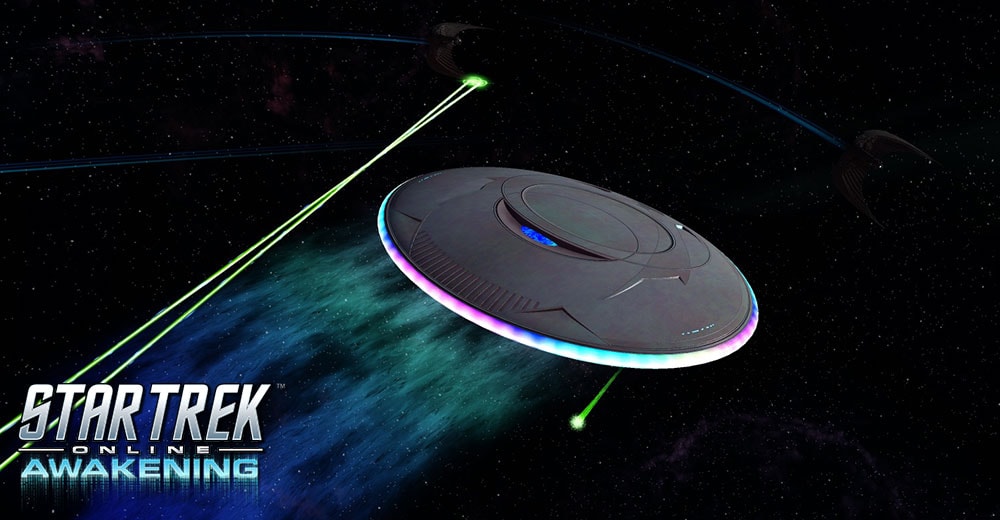 Five new patrols are coming to Star Trek Online, bringing new challenges and story to the universe. J’Ula, sister of T’Kuvma, is on the march once again. She is seeking the spores of prototaxites stellaviatori to fuel her devastating new superweapon. With the aid of Lt. Commander Paul Stamets and Captain Kuumaarke, captains can stand tall in the fight against the dangerous matriarch of House Mo’Kai.

We’ll be revealing the new patrols one at a time in the lead up to Awakening – check back with Startrekonline.com for more!

A Lukari research fleet near a Mycelial Rift in the Kern System is attacked by House Mo’Kai forces. Assist your allies and deal with the unstable rift into the Mycelial Network.

You will first be able to access these new Patrols from your mission journal after completing the episode “Beneath the Skin.”  If you are on a Patrol mission from the journal, have completed it, or skipped it, you will then be able to access the Patrol in the UI and play it from there.

Captains of all factions will be able to play the Patrols when Star Trek Online: Awakening arrives.