Command the Ships of the Section 31 Lock Box! 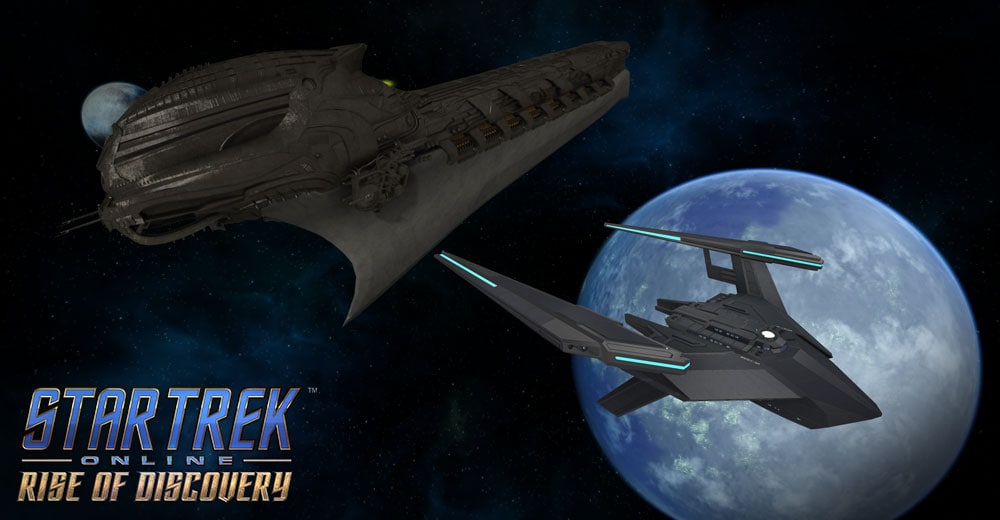 Coming to you soon - in a very roundabout way, from places unknown, via means best left unspoken - are two long-forgotten ships, restored and retrofitted for the modern era. The first is a ship never spoken of, originating from an organization that doesn’t exist, and belonging to a time that history has forgotten. The other is the spearhead of a conflict that never happened, which arrived just in time to save the allies it never had. Thanks to parties best left unnamed, and methods many would rather forget, these ships have been recovered, upgraded, and can be yours now!

The Section 31 Intel Science Destroyer [T6] and the Na’Qjej Intel Battlecruiser [T6] will be available within the Section 31 Lock Box, coming soon to Star Trek Online! These new starships can be used as soon as you’ve completed the tutorial, and will scale with you as you level up all the way to max level!

For the details on these two ships, available as prizes within the Section 31 Lock Box, read on!

When it comes to top secret organizations, few things are as they appear, and the Intel Science Destroyer is a master of deceptive appearances – provided your sensors will even pick it up. While the ship has powerful sensors and masking abilities to avoid foes, there’s more than one way to remain hidden, and it can switch to bring powerful guns to bear when the situation calls for it.

Intelligence starships feature Active Sensor Arrays, which allows Intel craft to gather information about their target to expose a vulnerability in their defenses, via the "Gather Intel" series of abilities. All Intel Ships are also capable of passive Warp Signature Masking. This grants the ship a small amount of Stealth, rendering it undetectable at long range.

The Intel Science Destroyer additionally comes with Dark Mode. When activated, Dark Mode will give your ship a massive stealth bonus, rendering you invisible to any nearby sensors. However, this boost comes with a risk – your shields will be offline for as long as Dark Mode is active. When Dark Mode ends, you gain a major damage boost for a short duration. Dark Mode can only be activated out of combat.

This console also provides a passive boost to Starship Exotic Particle Generators and Weapon Accuracy. It can be equipped in any console slot, on any ship. You may only equip one of these consoles.

The Invasive Coilgun fires charged oscillating slugs, designed to penetrate deep into the target's hull. After the target has been hit enough times, the differing charges built up will collapse, shorting out the target's power systems for a short duration.

While this trait is slotted, activating any Intelligence Ability or Jam Sensors will increase your Stealth, Control Expertise, and Weapon Damage for a short duration.

The Na’Qjej-Class line of vessels serve as the spearhead of any conflict. A durable hull brushes aside any foes in its path, and its intelligence abilities help kept its operations undetected as it prepares to strike surgically at the heart of its foes. When it does choose to render itself visible, it usually incites chaos in the enemy lines as it crushes foes on its hull.

As an Intelligence starship, the Na’Qjej features a Cloaking Device and Active Sensor Arrays. The latter allows Intel craft to gather information about their target to expose a vulnerability in their defenses, via the "Gather Intel" series of abilities. All Intel Ships are also capable of passive Warp Signature Masking, which grants the ship a small amount of Stealth, rendering the undetectable at long range. This passive stealth bonus is removed when the starship activates its cloaking device.

When activated, your starship engages in glorious combat with your target, significantly increasing your kinetic damage resistance and charging directly towards them to break their puny starship across your hull.

This console also provides a passive boost to Torpedo Damage and Flight Speed. It can be equipped in any console slot, on any ship. You may only equip one of these consoles.

While this trait is slotted, firing any torpedo will grant you a significant boost to Kinetic Damage and Kinetic Damage Resistance for a short duration. This stacks up to five times.

Intelligence vessels passively conceal their energy signatures, causing long-range sensors to have difficulty detecting them. This translates to a small amount of Stealth which renders enemies unable to detect Intelligence vessels if they are beyond short range.

Intelligence vessels are capable of performing deep scans on their target to reveal vulnerabilities. Every second, the target of Gather Intelligence will have 1 stack of Penetrating Scan placed on them. Once the target reaches 15 stacks, they become Vulnerable for a short time (Weaker enemies require less stacks to be rendered Vulnerable).

Multiple Intel ships can contribute to the number of Penetrating Scan stacks causing the target to become rendered Vulnerable more quickly. While in this state, Intel ships can use Expose Vulnerability abilities on them placing a crippling debuff on the target. After the Vulnerable state expires, the target becomes immune to further stacks of Gather Intelligence for a short time.

For those Federation captains who wish to engage in glorious space combat, or the Klingon captain that knows the ends justify the means, fear not, the Consoles, Starship Traits, and Experimental Weapons on these starships will be available to players of the opposite faction.

Click on the images below to see both ships with all of the vanity shields in the game! 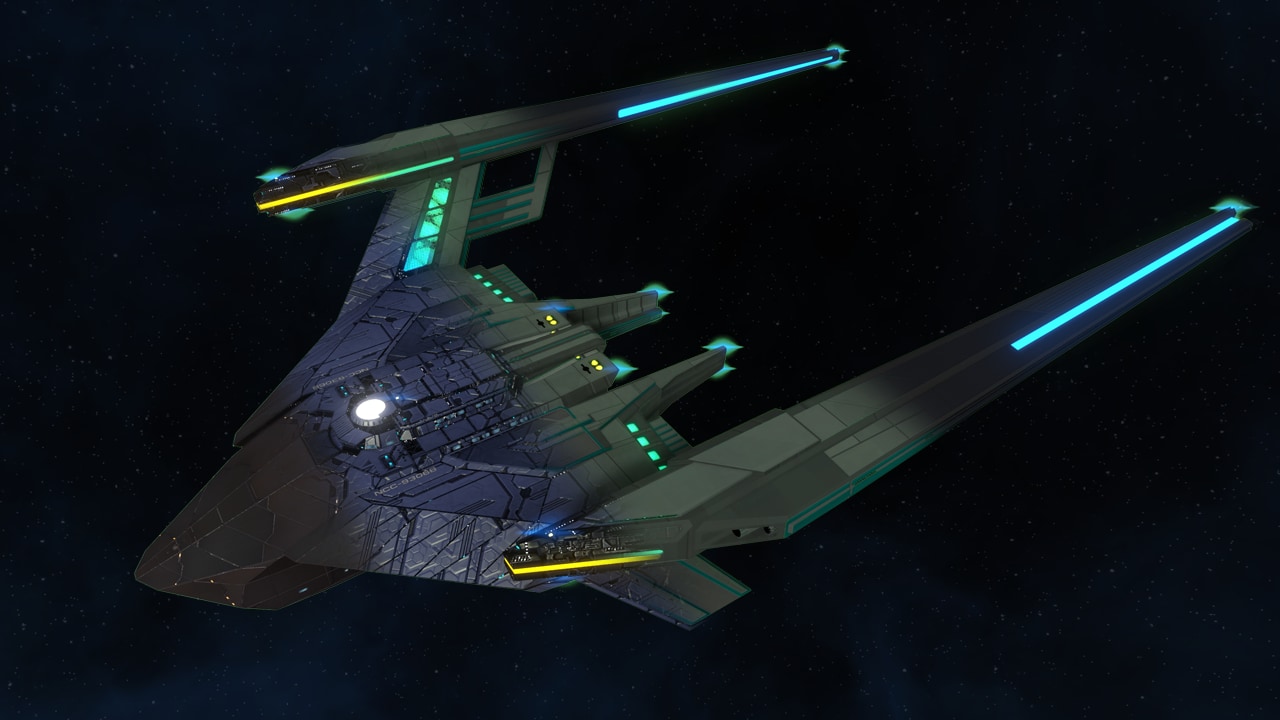 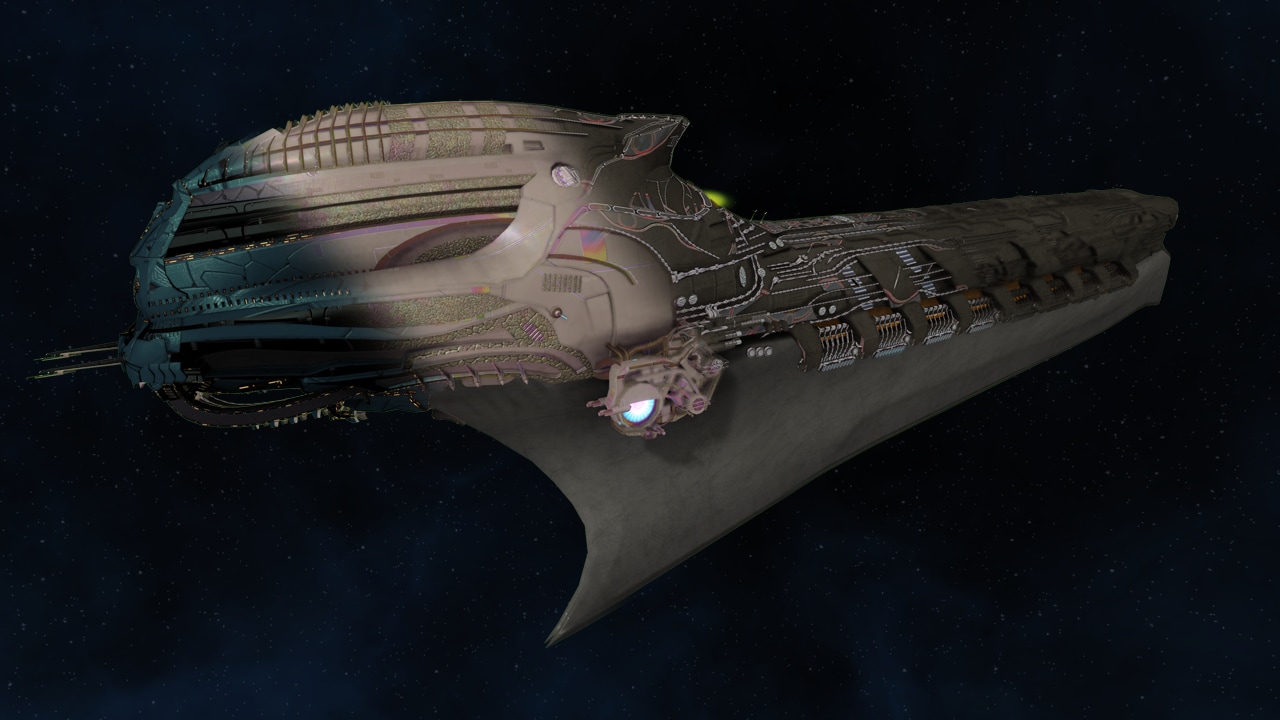