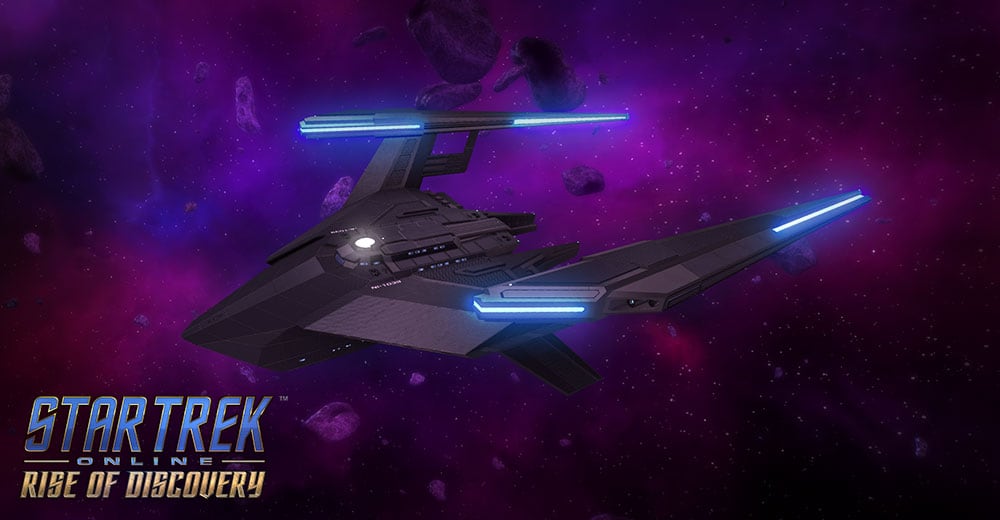 Intelligence services like ours have always been shrouded in mystery and the allure of power. One day, it will likely be known that the Romulan Star Empire was manipulated into war with the Dominion. When that day comes, it will brush aside the other legacies of Captain Benjamin Sisko like footnotes for all but Bajor’s faithful.

Stories of secret intelligence service have resonated with us throughout the ages. The means they use (and the ends which justify them) cast a long and deadly shadow, shrouding the victors in a heavy moral gray. Folk scarcely notice the extra wrinkles on their leader’s face as they stand among the ruins of a town sacrificed to keep a secret.

From the tiny spec that listens in the right room to the ultimate prize of a compromised head of state, intelligence services are a heavy burden and powerful tool for any nation. Star Trek, and more specifically Starfleet, has a special challenge here: how can an idealized state reconcile the clandestine service? In a future ruled by science and peer-reviewed morality, who watches the watchmen? With Section 31’s capabilities come its responsibilities. As you step into the shadows and find these decisions in your own hands, you will come back changed, we hope for the better.

The Lobi Consortium claims to have gained access to a cache of advanced intelligence gear. Sophisticated equipment and even entire ships have appeared for sale to the highest bidder.

Certain facets of the Section 31 Intel Science Destroyer [T6]’s engineering rule out all known shipyards, but the technology is clearly, primarily, Starfleet… primarily. With classified systems and additional procurement discretion, this ship is more than meets the eye, if anything meets the eye at all. For times where its stealth capabilities are insufficient or undesirable, its firepower rises to meet the challenge.

This console also provides a passive boost to starship particle generators and weapon accuracy. It can be equipped in any console slot, on any ship. You may only equip one of these consoles.

After achieving level 5 in the Section 31 Intel Science Destroyer Starship Mastery, you will unlock the Exitus Acta Probat Starship Trait. While this trait is slotted, activating any Intelligence Ability or Jam Sensors will increase your stealth, control expertise, and weapon damage for a short duration.

Unlike the Federation’s use of disguise to run away, the Klingon Empire uses stealth technology to go forth and fight, and few ships show that as well as the Na’Qjej Intel Battlecruiser [T6]. A brutal ship with its share of past glory, the Na’Qjej has been retrofitted and is the perfect vessel for anyone looking to find their place in the ranks of the glorious Klingon Empire. Powerful stealth technology lets you choose the right moment to strike, and the ship’s strengthened hull and aggressive weapons layout will ensure that today is a good day to die indeed, for anyone in your way.

The Na’Qjej Intel Battlecruiser comes equipped with the Glorious Charge Universal Console. When activated, your starship engages in glorious combat with your target, significantly increasing your kinetic damage resistance and breaking their puny starship across your hull.

This console also provides a passive boost to Torpedo Damage and Flight Speed. It can be equipped in any console slot, on any ship. You may only equip one of these consoles.

After achieving level 5 in the Na’Qjej Intel Battlecruiser Starship Mastery, you will unlock the Ceaseless Momentum starship trait. While this trait is slotted, firing any torpedo will grant you a significant boost to Kinetic Damage and Kinetic Damage Resistance for a short duration. This stacks up to five times.

The Boronite Laced Weaponry console infuses your ship’s weapons with specially prepared boronite, causing your weapon attacks to tear open rifts in subspace near your primary target and draw all existing rifts to that location. Rifts deal kinetic damage over time to nearby hulls.

Two new Starship Traits are also available in the Section 31 Lock Box: Need-to-Know Basis and The Exercise of Vital Powers.

Need-to-Know Basis is an ace up your sleeve, charged by activated Ensign Bridge Officer Abilities. Using 10 of these causes a Section 31 Intel Science Destroyer to appear and fight alongside you for 31 seconds, dealing significant area of effect damage with its abilities and opening up a full salvo with its weapons suite.

Nano-infestation is a formidable spaceborn affliction built with nano-scale blueprints recovered from Section 31 archives. It infects the target ship when you activate a Control Bridge Officer ability, causing its replicators to make copies of itself. After an incubation period, it spreads to all nearby enemy ships, infecting them with the same damage over time.

Additionally, the Section 31 Lock Box has new Space weapons within the Section 31 Weapon Pack. Covert weaponry optimized for discretion, these Phasers are available as either cannon or beams. These weapons generate half as much Threat as normal weapons, and replace the traditional Phaser proc with a boost to flight speed and turn rate. Rarely, weapon packs contain the Section 31 Shield, providing the aesthetics of the Section 31 Intel Science Destroyer to a ship that equips it in its vanity shield slot.

Captains may also find Section 31 Kit Module packs. These Kit Modules are universal, and can be used by any class.

New Captain’s Traits are also available within the Section 31 Lock Box. They are universal and available to all species.

There are many other prizes within the Section 31 Lock Box for players to acquire, such as R&D Packs, Boosts, and other assorted items. Each box also contains a Faulty Section 31 Holo-Disguise, which breaks upon entering combat.

Captains will also be able to purchase the distinct, black, Section 31 comm badge in the Lobi Store.

Bringing the spy tech of Section 31 to the masses is bound to cause waves. It generated a clandestine revenue stream for Section 31, drawing echoes of certain covert arms sale affairs from earth history, and the proliferation of tools makes deniability all the more plausible. Step into the pale moonlight with the Section 31 Lock Box, as well as the additional Lobi Store entries, coming to PC on May 14th, 2019.