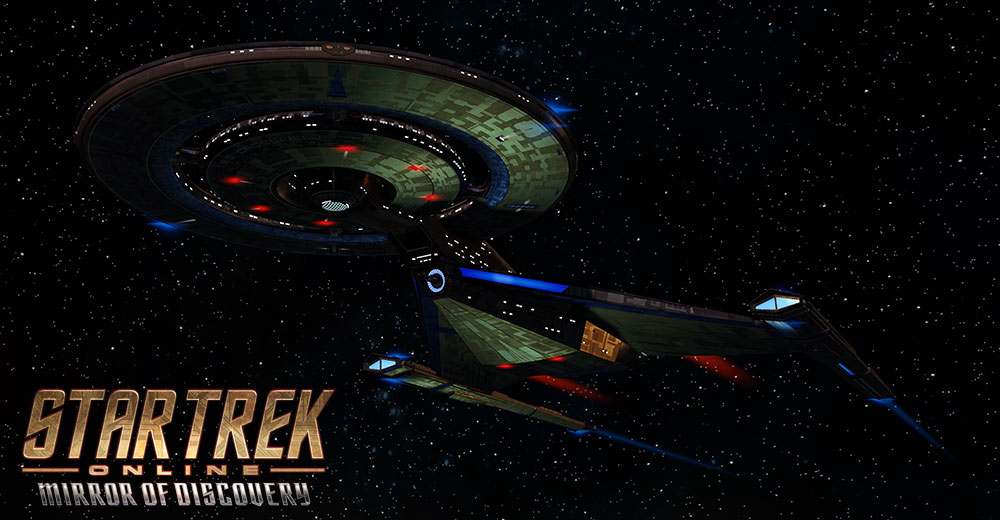 From March 21st to April 11th, we are running a promotion that will provide an additional bonus when opening a Research and Development Pack.

We are excited to announce a new addition to this Promotional Ship Pack: The Mirror Crossfield Science Destroyer [T6]!

As incidents with the alternate dimension known as the "Mirror Universe" continue, alliance engineers have gotten a firsthand look at the I.S.S. Discovery, and used this knowledge in conjunction with wreckage from other Mirror Universe Crossfield-class vessels being rebuilt and retrofitted for service. This powerful line of ships was clearly designed for the treacherous nature of life in the Terran Empire, able to switch from a scientific mission to a fully armed combat ready starship at a moment’s notice.

** Complete stats/abilities of the Mirror Crossfield Science Destroyer are included at the end of this Dev Blog – keep reading for more information!

The player fortunate enough to win this ship pack will be presented with a choice of claiming a package containing the new Mirror Crossfield, or any one of the following ships: 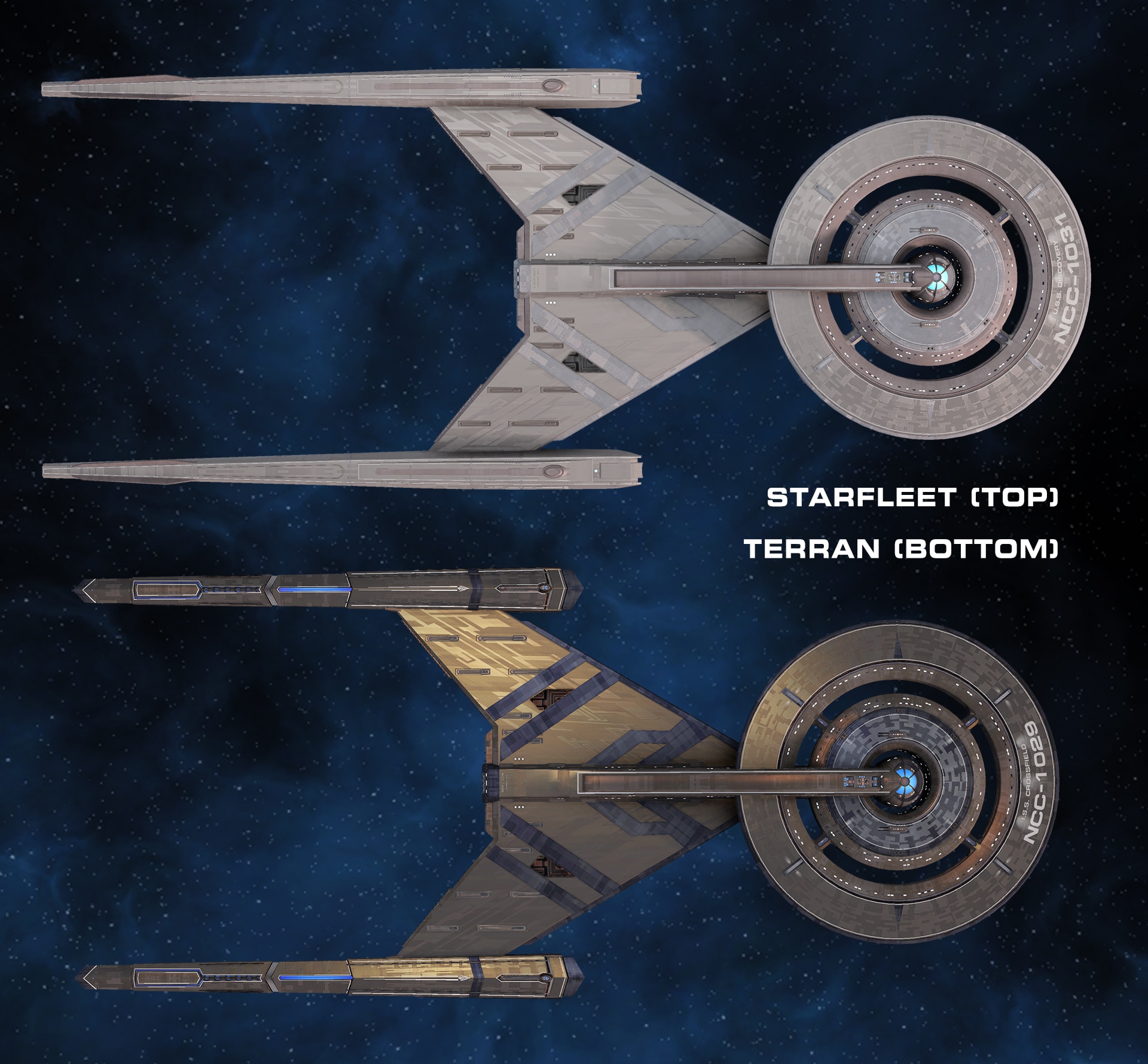 In the Mirror Universe, it’s survival of the fittest, and even Science Vessels have to be ready to fight at a moment’s notice if they want to survive. The Mirror Crossfield Science Destroyer [T6] is retrofitted from ships that crossed over from the 23rd century into present-day space. While fitted with powerful deflectors, shielding, scanning, and other scientific tools, looks can be quite deceptive – at a moment’s notice, the starship can transform, hiding the delicate scientific instrumentation and bringing astounding firepower for to bear, overwhelming anyone who came prepared for a mere science vessel.

The Mirror Crossfield comes equipped with a Console – Universal – Weaponized Helical Torsion. When activated, the Crossfield’s saucer begins to spin rapidly, building up mycelial energy. After a short duration this energy begins to pulverize nearby starships, dealing intense physical damage, with a chance to briefly hold affected foes.

After achieving level 5 in the Mirror Crossfield Starship Mastery, you will unlock the "Terran Machinations" Starship Trait. While this trait is slotted, activating any Attack Pattern Bridge Officer Ability will give you a boost to Exotic Damage for a short duration, and activating any Science Control Bridge Officer Ability will grant you a boost to Energy Weapon Haste for a short duration.

The Mirror Crossfield comes equipped with the Agonized Subatomic Disruptor Experimental Weapon. This experimental weapon seems from the mind of a scientist who sought to make a starship scream. When fired, it causes the target and a nearby secondary foe to decay over time, dealing physical damage and reducing their ability to resist any control effects.

Like some recent starships, the Mirror Crossfield Science Destroyer can be used as soon as you complete the tutorial. If commissioned below level 40, some weapon, console, and bridge officer slots will be temporarily unavailable. This starship’s Hitpoints increases with each level you gain.

Click on the image below to see vanity shield FX on this ship! 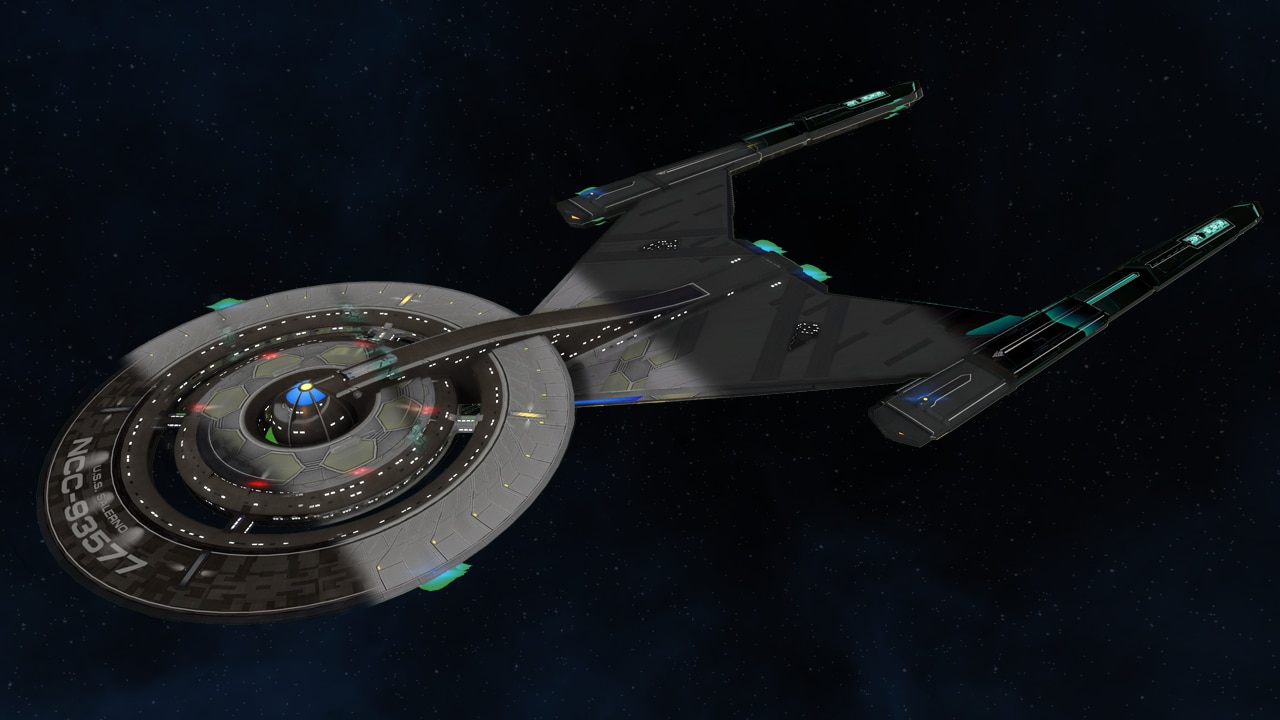