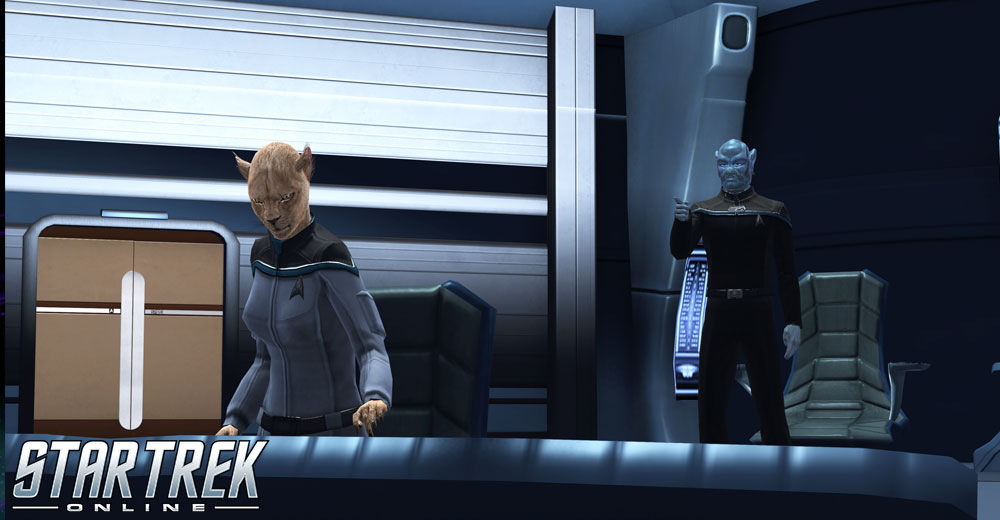 With the release of our 9th Anniversary Update for Star Trek Online, we will be rolling out a new account-wide progression system for Captains to enjoy, Personal Endeavors!

All high level Captains (level 60 or higher) will now be able to unlock account-wide stat increases by completing daily tasks. Every day you will be given three Personal Endeavor tasks of varying difficulties (Easy, Medium and Hard). These tasks are shared account-wide and unique to every account, and are granted in addition to the existing server-wide Endeavors (which we are re-branding as “Universal Endeavors” for clarity). Completing your Personal Endeavors will grant experience within this system, as well as other rewards mentioned below.

Acquiring enough Personal Endeavor experience will lead to gaining a Perk Point. Choosing to spend a Personal Endeavor Perk Point will give you the opportunity to select from three random options for advancing a stat in the game. These options could include things like Critical Hit Chance or Increased Damage Resistance Rating. Every stat can be raised multiple times and all stats are separated for Ground and Space. As with the tasks, these stat increases are also account-wide, and even benefit characters on your account that aren’t yet high enough level to access the Personal Endeavors system!

Personal Endeavors were designed to give small objectives when you log on, but nothing so overwhelming that you weren’t able to do the other things you wanted to do with your time in Star Trek Online. Examples of Personal Endeavors could be as simple as doing damage of a certain type, or going to a specific Battlezone to defeat a particular enemy. We expect that most players will be capable of completing even the “Hard” difficulty endeavors without having to traverse too far outside of their existing play patterns. The goal was to introduce just enough variation to make each daily login feel a little more special, and a little more unique.

Completing a Personal Endeavor will give you a box of rewards corresponding to the difficulty of the endeavor that was completed.

Current Endeavor reward boxes granted upon completing the Universal Endeavor will be unchanged.

This system will exist alongside the current Endeavor system, which will keep its own style of tasks. Where Personal Endeavors can be completed by an individual captain, Universal Endeavors will be focused on multiplayer experiences that many Captains can enjoy together, or at least in one another’s company.

We are excited for this system as developers and players of Star Trek Online and expect it to be a great addition alongside current Endeavor gameplay.