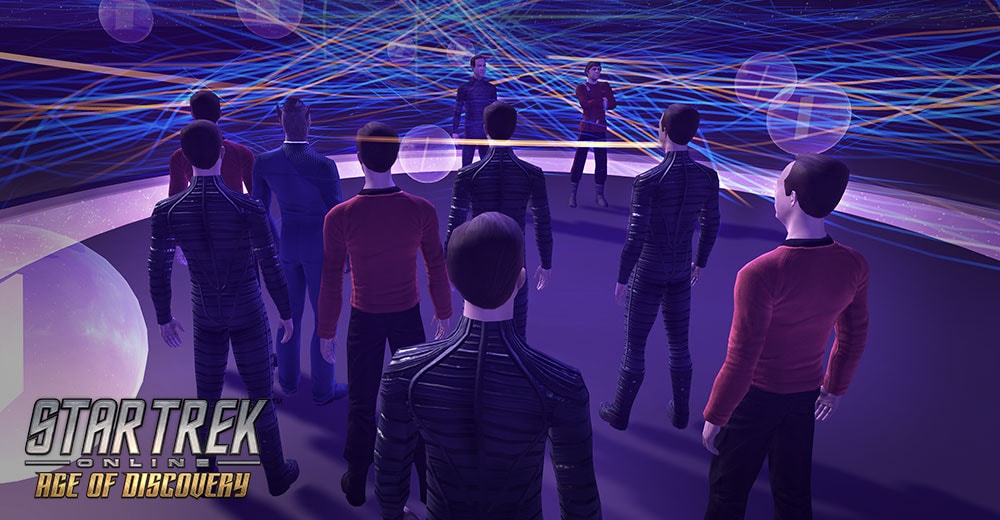 Before reading the following missive, please understand that knowledge of its contents is closely monitored and highly classified. If you are found disseminating this information without explicit permission from your assigned Temporal Investigations (TI) contact, disciplinary actions may be pursued, up to and including aggressive memory re-factoring for both you and any unauthorized recipients. Nobody wants that.

Temporal Displacement and You

We understand that finding yourself removed from your native timestream can be a difficult situation for any operative to adapt to, regardless of your training or talents. The following guide is meant to aid you in adjusting to your new temporal reality, and to put you on the path to success and well-being.

Here at Temporal Investigations, we have resolved to treat Temporally-Displaced Operatives (or “TDOs”) with the utmost of severity, and pursue displacement of individuals only in the direst of circumstances. By knowing that you have been authorized to receive this communication, we can assume that you are among those chosen for this drastic operation, and that you must be pivotal in an ongoing TI operation of severe importance.

We are here to help! Adapting to your assigned timestream is paramount to your success, no matter what your mission may be.

Integrating TDOs into active timestreams typically requires the use of cover identities that have been carefully crafted by our senior specialists within TI. Since manipulating causalities to create space for these identities can be a tricky business, there’s an enormous amount of variety in the stories and identities that may have been assigned to you. But one facet of these identities remains universal – you have been given multiple excuses to have close and frequent interactions with somebody that knows your true origins. These points of contact are there to help you adapt to your temporal transition, but they may not have knowledge of your actual mission so please treat that information with the confidentiality it warrants.

Thorough review and understanding of your assigned cover stories are expected of all TDOs. This process is assumed to have been successfully aided by our Mnemonic Flow (M-Flow) Inducers, but please be sure to alert a TI contact if this process is not fully compatible with your species’ brain activity. If necessary, memory re-factoring can be initiated, but since this process effectively makes the cover stories “real” and removes your original memories, it is only used as a last resort.

You will likely find that other TDOs are integrated into your cover identity. This is frequently done by creating family structures, friend circles, and co-worker relationships, within the history of the identity you are assuming. If you are among a crew that has been temporally displaced together, you may find that a former shipmate has been assigned as a cousin or uncle. TI undertakes the establishment of these relationships with as much care as possible and understands that being thrust into making new relationships can take some adjustment, but we’re all in this together. Sometimes securing the timeline means making new friends!

As a fallback for these points of contact, experienced TI Agents have also been inserted into prominent positions within several timestreams. Typically, this is done by creating a cover for that agent as a high-ranking member of whatever organization to which your cover identity belongs, or by recruiting an existing high-ranking operative into TI’s structure.

** Supplemental Information:
Within your assigned timestream, the following Operatives may be counted on as additional support in both fulfilling your mission, and adapting to your temporal displacement:

Cover identities are only part of the information provided to TDOs as part of their integration process, with the rest being made up of M-Flow induced memories of historical and recent events relevant to your assigned drop point in the space-time continuum. It is important to understand that the M-Flow induction process interacts exclusively with long-term memories, and that refreshing your understanding of these events is never a bad idea.

TI encourages all active TDOs to spend a portion of their downtime reviewing current and recent historical events on a regular basis, and to seek out such information with assertiveness. Maintaining the cover of belonging to your integrated timeline may be as simple as knowing whether it was the Blue Bores or the Buccaneers that won the most recent Milky Way League Championship Series. It’s always better to have that type of information available, then to be left ignorant when it may matter the most.

It’s never going to be possible – or expected – for any singular TDO to have complete knowledge of all historical events within their timestream. We understand that time is a massive construct, and as far as TI is concerned even the past is not as immutable as we would prefer.

**Supplemental Information:
Within your assigned timestream, we highly recommend the use of a supplementary document titled the “Path to 2409” to be made available for your perusal at all times. Because of the relative volatility of events in this particular timestream, TI also recommends frequent re-review of these details, as events have been known to occasionally shift and alter without notification.

A link to an independently maintained archive of this document is provided herein:
https://sto.gamepedia.com/Accolade/Lore

Time on Our Side

Newer and less-experienced TDOs will often find themselves falling into the trap of thinking about temporal manipulation as the hammer to nail down any problem. Especially when attempting to solve a problem which as stemmed from time travel, the temptation always exists to try and pre-empt the offending event via the use of another.

It should go without saying that excessive use of temporal manipulation in this regard is a direct violation of the principles upon which Temporal Investigations has been founded. One cannot improve the stability of the timestreams by adding additional instability into the mix. Regardless of the intention or goal, the ends rarely (if ever) justify the means.

For additional clarity on the subject, TI recommends the publication “The Day that Time Awoke” written by Jonathan O’Fantidris ca.2512. While this was originally published as a work of fiction, it actually represents a re-telling of a chaotic timestream that nearly came to pass before a heroic intervention by a talented group of TI Agents. The devastating consequences of rampant and irresponsible manipulation of time cannot be forewarned against strongly enough, as the events of this book will (or have) shown.

**Supplemental Information:
Within your assigned timestream, talented scientists and engineers have recently undertaken efforts to use temporal manipulation in ways that do not have echoing or long-lasting impacts upon the larger fabric of causality. While caution should be exercised when interacting with these Temporal Operatives and their techniques and technologies, TI’s investigations have shown this to be a matter that is not in need of direct intervention. And, in fact, likely serves as the nascent development of what will be our organization in the future of this timestream.

The ultimate goal for any TDO is likely the return to the timeline from which you were displaced, with the assumption being that completion of your mission will be rewarded by reintegration into your native timestream.

TI is sympathetic to this goal and understands the emotional ties that inspire it. Whenever possible, we will endeavor to see it through. After all, displacing you from your original timestream was likely done only as a last-resort, and returning you to that point in the space-time continuum likely prevents the exact type of temporal anomaly that our entire organization is founded on combatting.

However, the truth must be accepted that many TDOs are beyond the point of being able to return from whence they came. The reasons for this vary, but one common example is for those TDOs whose displacement was done as a replacement for their death. For those TDOs, their original timeline records them as having perished, and thus removed from causality from that point forward (for the most part). Thus, returning to that time as having not died may result in more temporal instability than their displacement caused in the first place.

Exceptions to restrictions on reintegration are reviewed by the TI Reintegration Board regularly, so we welcome discussion to aid in the resolution of your unique scenario. We do expect patience and understanding in this matter however, as TI’s mission to serve the stability of time itself must take precedence above the needs of any one operative.