The Stats of the Swarm Ships! 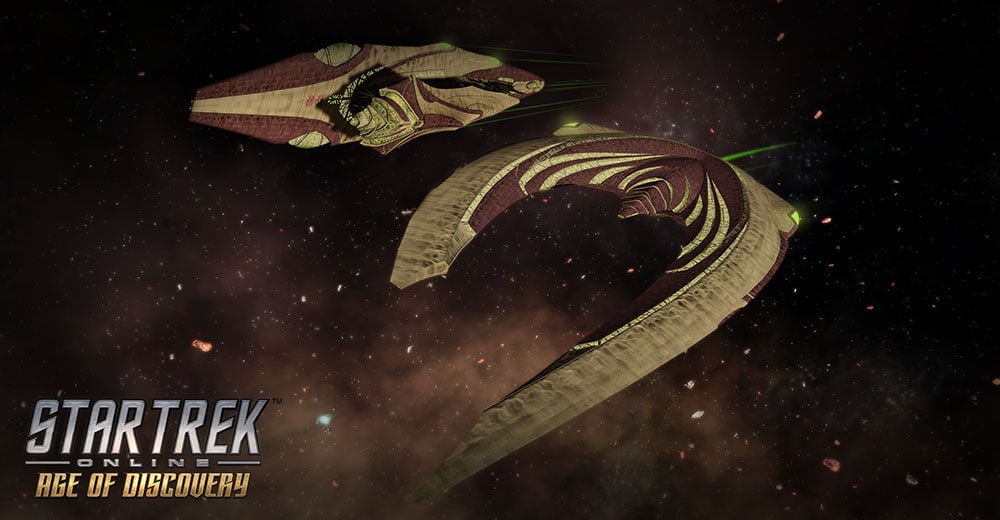 As Alliance engineers delve into Hur’q technologies to better understand them and how to best adapt their technology to ours, one specialized team has been hard at work adapting their starships for incorporation into the Alliance’s fleets to help replace the vessels lost in many recent conflicts.

The Assembly appears to have originated as a long-range scout, with strong sensor suites and auxiliary systems designed for support roles and scientific endeavors, but highly adaptable to more offensive pursuits since the Hur’q transitioned into a ravening swarm.

Despite a relatively civilian design (when seen through the unique lens of Hur'q society), these vessels are capable of a surprising level of self-defense, and can easily stand toe-to-toe with warships of other species. With minimal retrofitting, their harmonic interfaces can be made to interact with more conventional technology, and can thus be flown by most sentient species.

The Hur’q Assembly Multi-Mission Science Vessel comes equipped with the Nullifying Tractor Field Universal Console. Upon activation, it significantly impairs your target's movement while dealing them heavy kinetic damage for the duration. Additionally, it floods the area near the target with Energy Nullifiers, which chase down the nearest foe and deal phaser damage and massively reduce the target's Engine Subsystem Power of any foes they impact.

This console provides a passive boost to your Auxiliary Power and Maximum Hit Points.

This console can be equipped on any starship, but you may only equip a single one of these consoles at a time.

After achieving level 5 in the Hur’q Assembly Multi-Mission Science Vessel starship mastery, you will unlock the "Hivebearer" Starship Trait. While this trait is slotted, you will temporarily spawn an allied Swarmer Pet whenever you launch your Hangar Pets, or when one of them is defeated. Each pet lasts 60 sec (or until killed). You may only have 8 Swarmers active at a time from this trait.”

The Hur’q Assembly Multi-Mission Science Vessel has one hangar bays equipped with Hur'q Swarmers. These nimble fighters will harass foes from short-range with their mining lasers. They can also use Evasive Burst for brief increases to speed and maneuverability.

Ravager vessels seem to have originally been intended as resource harvesters and fast-moving cargo haulers, ferrying supplies between distant locations within Hur’q space. Their high-powered energy weapon mounts were once used as effective harvesting tools, but couple well with its high maneuverability to allow this ship to be easily repurposed as a front-line assault vessel.

Equipped with a number of potent weapon systems, including a pair of dynamic modifications of Hur’q mining systems, the Ravagers are not to be taken lightly. Their compliment of Hur’q swarmers can make an enemy vessel’s day go from bad to worse quite quickly.

The Hur’q Ravager Escort Carrier comes equipped with the Amplifying Ravager Beam Universal Console. Upon activation, a powerful burst of energy will fire directly in front of your ship for a short duration, dealing significant Kinetic Damage to all foes caught in its path.

This console provides a passive boost to your Weapon Power and Phaser Weapon Damage.

This console mod can be equipped on any starship, but you may only equip a single one of these consoles at a time.

This experimental weapon is designed to focus down one target, dealing rapid pulses of heavy kinetic damage and gaining increased armor penetration the longer it fires on the same spot.

After achieving level 5 in the Hur’q Ravager Escort Carrier starship mastery, you will unlock the Nullifier Warheads Starship Trait.  While this trait is slotted, activating any torpedo ability such as High Yield or Spread will launch a flood of Nullifiers around your ship.

The Hur’q Ravager Escort Carrier has one hangar bays equipped with Hur'q Swarmers. These nimble fighters will harass foes from short-range with their mining lasers. They can also use Evasive Burst for brief increases to speed and maneuverability.