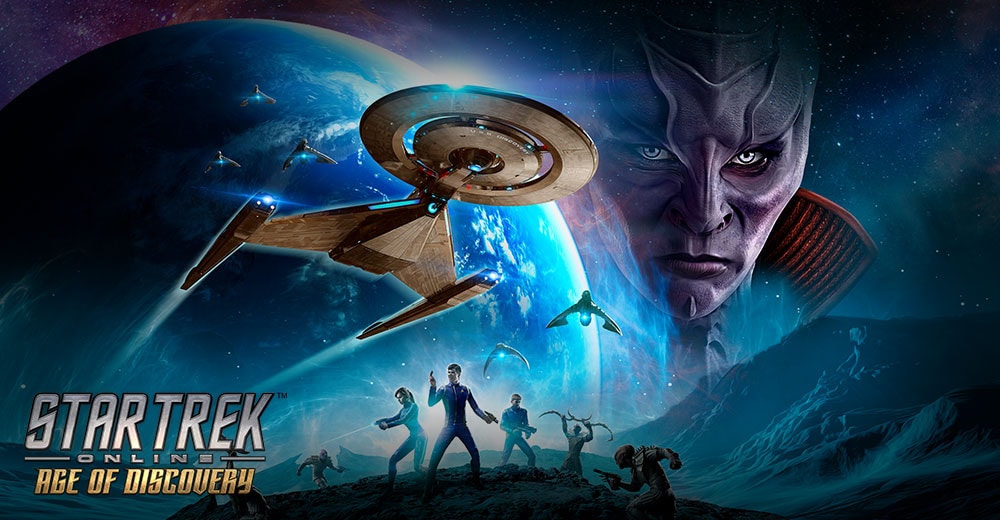 Star Trek Online is about to take you into the world of the latest Star Trek TV series, Star Trek: Discovery. This fall on PC, and soon after on Xbox One and Playstation 4, Captains will take the first step on a continuing journey to 2256, in the height of the Klingon War. For the very first time in STO’s history, we’ll be updating the game in line with a currently airing Star Trek series. Here’s what to expect from Star Trek Online: Age of Discovery:

Age of Discovery opens in the year 2256, just after the Battle at the Binary Stars. In the wake of a brutal war against the Klingons, Starfleet Captains must face J’Ula, matriarch of the House of Mo’Kai and sister of T’Kuvma, who seeks to alter the destiny of the Alpha Quadrant. Players will need to rely on the help of fellow Starfleet Academy Cadet Syliva Tilly (played by Discovery actress Mary Wiseman), who has come home to assist with training and see them off on their first assignment. From there, they will journey to iconic locations from Star Trek: Discovery, like the Dilithium Mines of Corvan II, explore the new experimental Crossfield class Starship, the U.S.S. Glenn, and defend Starbase 1 from a fearsome attack by the Klingon House of D’Ghor. The first installment from Age of Discovery will introduce a reimagined starting experience that allows players to create a Federation character from the Discovery era. The update also includes two new episodes for Starfleet Academy cadets, a new Task Force Operation to defend Starbase 1, and new reputations that expand the game’s Reputation System to Tier 6 and unlock powerful new rewards. Additional details will be announced when Age of Discovery launches later this year.

Season 1 of Star Trek: Discovery is now available on CBS All Access: https://www.cbs.com/shows/star-trek-discovery/