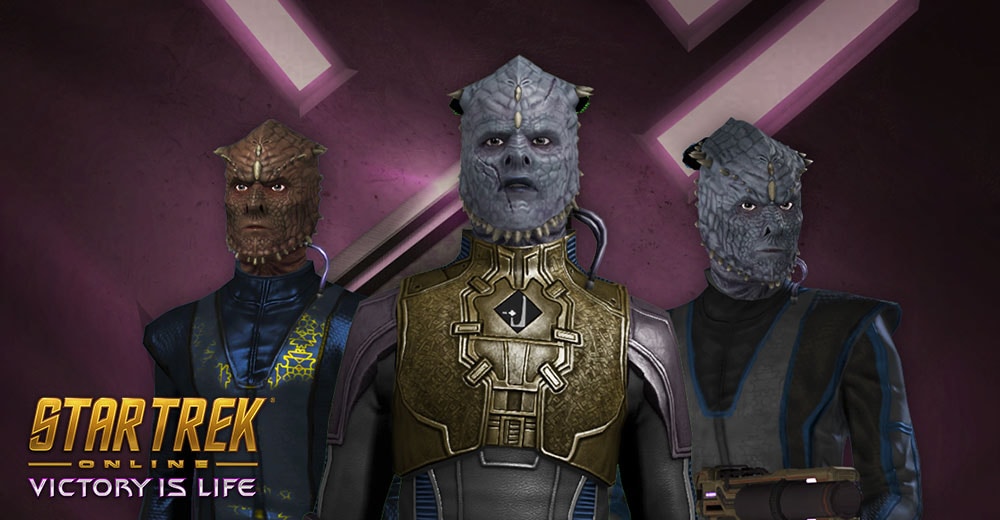 The Hur’q are swarming across known space, and the Dominion is fighting a losing battle of attrition against a numerically superior foe. At no point in the long history of the Gamma Quadrant has the outlook been so dire. Allies are needed, as are updated batches of Jem’Hadar, bred to be leaders and trailblazers, born to reclaim their lives through Victory.

From June 5th to July 18th, new Dominion captains will be known as Gamma Recruits, and they will be bred with the knowledge and capability needed to defeat this threat, save the Dominion, and ensure its future dominance over the Gamma Quadrant.

Gamma Recruits will find out quickly that they have been selected to participate in a series of special operations. These will help to prepare for combating the Hur’q threat, and operating alongside new allies from the Alpha and Beta Quadrants. Their handlers within the Dominion will issue a special Transponder device, allowing a new UI element to be accessed which will display these additional objectives.

There’s far too many bonuses and rewards available to list them all here, so get ready to make your Gamma Recruit (all accounts are getting one extra free character slot), and keep watching between now and the launch on June 5th for additional information on the exciting content waiting to be discovered in Star Trek Online with the release of “Victory is Life.”