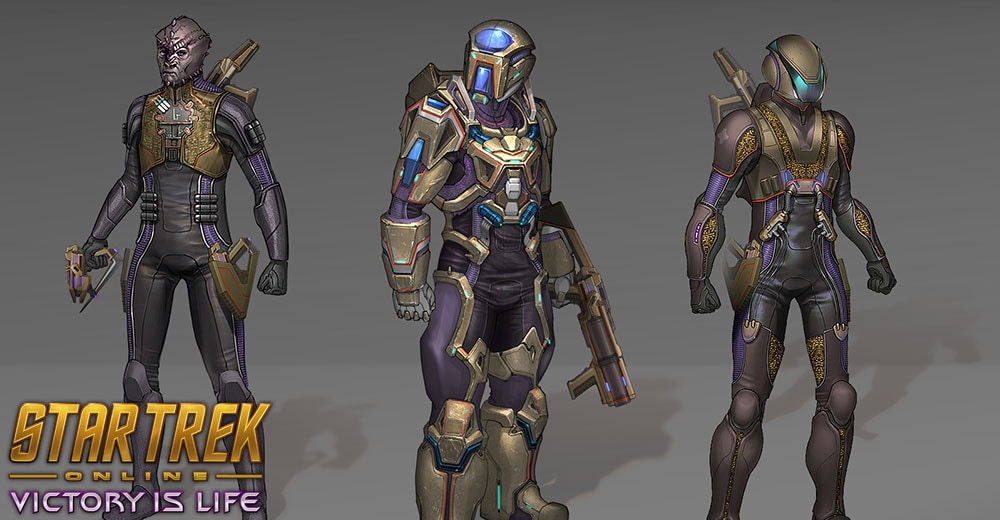 The Gamma Task Force represents a coalition of forces formed to curb new threats pouring out of the Gamma Quadrant. The combination of top scientific organizations and military forces around the galaxy, this Task Force exists to ensure that the galaxy will survive these new threats intact and together.

This new reputation will be available with Victory is Life’s release and will feature all new traits, kit modules, space equipment sets and a ground equipment set, as well as new ground armor and space visuals.

Submitting Gamma Marks will increase your standing with the Gamma Task Force. These can be earned by participating in “Swarm”, a brand-new queue, as well as participating in the Gamma Quadrant Sector Battlezone. These sources of marks have scaling rewards, increasing the number of Gamma Marks received by performing above expectations or completing bonus objectives.

Gamma Marks and Germanium Carapace Fragments can be submitted for Reputation XP and new, high-quality gear acquisitions. Here are a few examples of the items which can be earned by advancing your standing in the Gamma Task Force: