The Stats of the Discovery Lock Box! 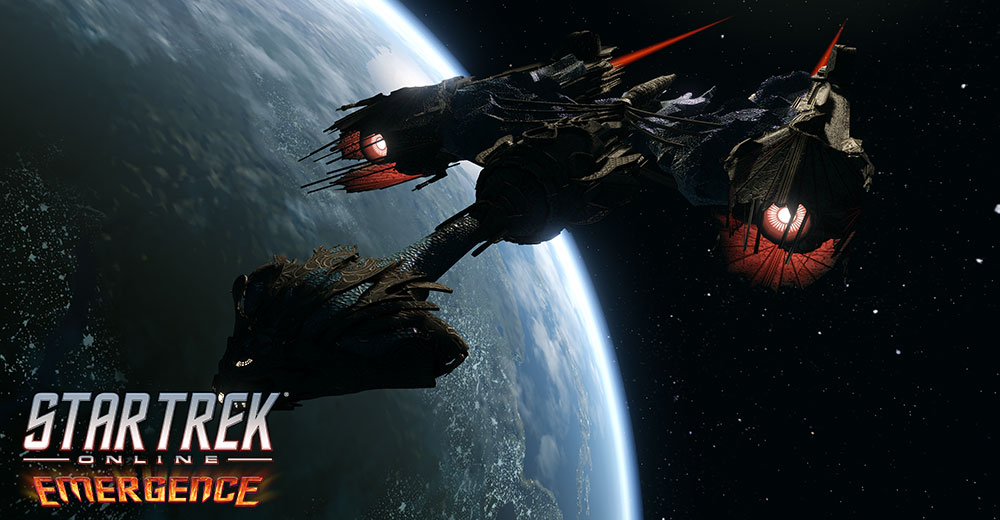 Relive the adventures of the latest canon starships from Star Trek: Discovery, but this time with YOU as the captain of these iconic new vessels. Sail the stars in historical recreations of some of the most famous (or infamous) starships involved in the Klingon conflicts of the mid-23rd Century.

The following starships will become available with the release of the Discovery Lock Box, scheduled to arrive on PC starting with the 8th Anniversary Update.

For the first time, we are allowing Romulan captains the opportunity to captain starships designed for their allied factions. Thus, a Federation-allied Romulan will be capable of commissioning the Walker-class and Crossfield-class starships, while Klingon-allied Romulans may find themselves at the helm of the intimidating Sarcophagus vessel.

When a player wins the Grand Prize from the lockbox, they will automatically be rewarded with the ship appropriate to their faction choice. The Console and Starship Trait from the opposing faction’s ship will be made available as a prize option within the Lock Box, as well.

While the Walker-class may only be purchased on the Lobi Store by Federation captains (and those allied with the Federation), KDF and KDF-allied captains will be able to purchase a package containing its Console and Starship Trait for a reduced price.

While the Crossfield class was originally created to be a vessel that specialized in scientific endeavors, these starships were heavily modified in an effort to aid the war efforts that erupted between the Federation and Klingons after the Battle of the Binary Stars in the mid-23rd Century. These refits proved to be highly effective, and thus a new breed of starships - the Science Vanguard - was born.

This is also referred to as the “Lorca Maneuver” in reference to the captain that first pioneered its use.

After achieving level 5 in your Science Vanguard's Starship Mastery, you will unlock the Black Alert Starship Trait. While this trait is active, activating Beam: Overload, Cannon: Rapid Fire, or any Intelligence Bridge Officer Ability will allow temporally-displaced duplicates of your ship to appear near any foes that you damage over the next several seconds. Each of these duplicates will fire Torpedo Spreads at the damaged foe and other nearby targets. This trait may only activate once every 25 sec.

The Walker class represented one of the many workhorse mid-range vessels of 23rd Century Starfleet, suited to a wide variety of missions within Federation space. It is resilient enough that even when ambushed by an armada of Klingon vessels at the Battle of the Binary Stars, the U.S.S. Shenzhou was capable of resisting destruction despite overwhelming odds.

After achieving level 5 in your Light Exploration Cruiser's Starship Mastery, you will unlock the Vulcan Hello Starship Trait. While this trait is active, your Weapons gain a Shield and Armor Penetration bonus, and Weapon Power Drain from energy weapon activation is reduced for a brief duration when you first enter Combat. Strike first, strike hard. It is only logical.

It is believed that this massive vessel dates back to the original founding of the Klingon Empire, thousands of years ago. The heritage of this "Ship of the Dead" predates all of the modern Houses, and is a symbol of great honor in Klingon culture. Continuously refit over the years to remain capable of leading Klingon fleets into combat, this ship's primary strength lies in its severe resilience and unique cloaking and tractor beam technologies.

Sarcophagus Dreadnought Cruisers come equipped with a Console - Universal - Multi-Target Tractor Arrays. These tractor arrays were initially designed to facilitate the retrieval of fallen warriors, for preparation and storage aboard the Sarcophagus, but have since been weaponized to debilitate and damage foes in close-quarters ship combat. When this console's power is activated, specially mounted Tractor Beam Arrays capable of immobilizing and debilitating nearby foes will activate over a brief period of time. A total of 12 tractor arrays will be activated by this ability, each targeting nearby foes and severely slowing them while dealing a moderate amount of Kinetic Damage directly to their hull. If any foe is caught by more than one tractor, the damage of each is increased as the Tractor beams tear the unfortunate ship in opposite directions while dragging them closer to the Sarcophagus starship.

After achieving level 5 in your Sarcophagus Dreadnought Carrier's Starship Mastery, you will unlock the Honored Dead Starship Trait. While this trait is active, any damage received during combat will be added to the defensive capabilities of your vessel, resulting in stacking benefits to Damage Resistance and passive Hull Regeneration as certain damage thresholds are met or exceeded. Once you reach maximum stacks of this, additional damage will instead grant a small amount of Temporary Hit Points at each threshold.

The Sarcophagus Dreadnought Carrier comes standard with 2 hangar bays of Mo'Kai Raiders. These fighter-sized craft are armed with Disruptor Beams. They are built exclusively to harry foes, and not intended to survive conflicts. Instead, their glorious deaths in battle grant Temporary Hit Points to the carrier that launches them, and their relaunch timers are far faster than other Fighters. Their warp cores are also rigged to deal additional damage in the case of the destruction of their vessels. These vessels are so dedicated to their cause that they are incapable of benefiting from any and all sources of hull restoration.

These can only be obtained if the player owns the Sarcophagus Dreadnought Carrier, but can then be used on any Klingon ship that has a hangar bay.

Note: Despite using the term "Raider" these are Fighters, not Frigates.