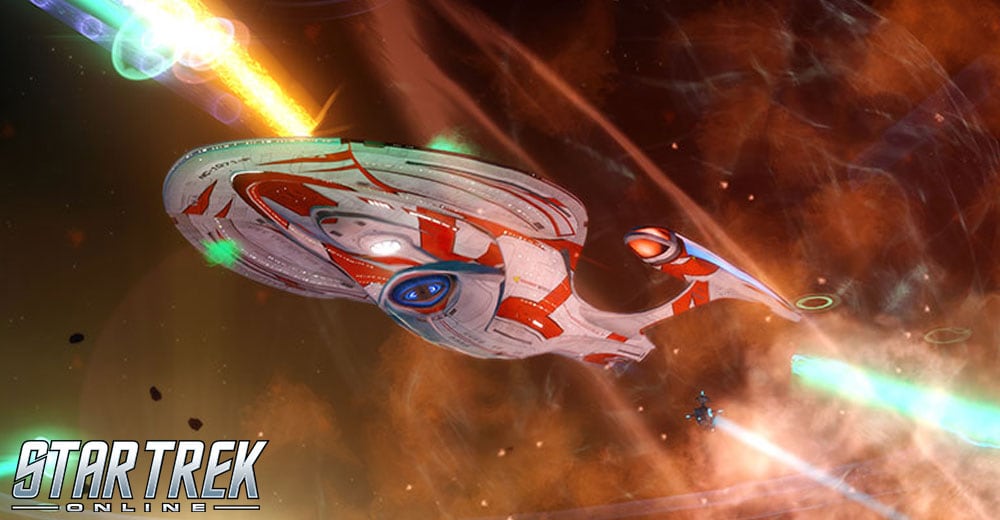 In addition to earning a choice of marks for playing the Mirror Invasion queued event, players can run a new reputation project to earn a huge reward of Dilithium, Marks, and a brand new unique ground weapon, Mirror Universe Phaser Dual Pistols!

Once a day, players will be awarded a Multidimensional Transporter for playing this event. By turning in 14 Transporters through the Reputation System, players will receive 50,000 Dilithium Ore, 500 Fleet Marks, 250 Marks of Your Choice and a brand new unique ground weapon, Mirror Universe Phaser Dual Pistols. Completing this project on any character will unlock this new weapon for all characters across your account, and additionally the other characters can still complete the project to receive the Marks and Dilithium Ore.