The Stats of the Son'a Ships! 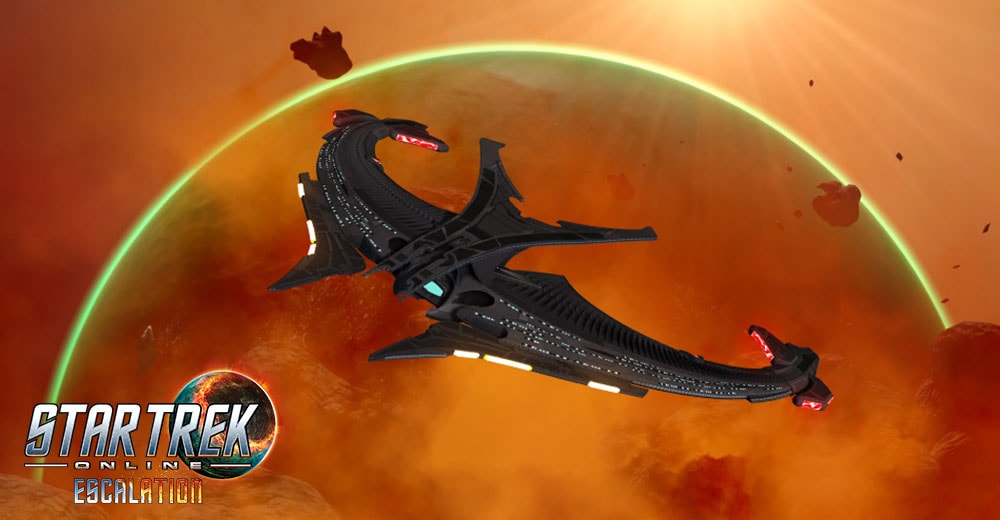 Since the days of the infamous Briar Patch Incident, the Son'a have earned the reputation as being outcasts of the Alpha Quadrant. Despite this reputation, there's no denying that the Son'a remain at the forefront of medical technology, as well as being in possession of incredibly powerful sensor and energy absorption technology. Using these advancements on their vessels makes them formidable foes, capable of outmaneuvering and debilitating most of their enemies. Research of the technology they use has allowed the Alliance to make significant advances, the results of which will soon be made available to captains across the Milky Way.

The following starships will become available with the release of the Son’a Lock Box, scheduled to arrive on PC starting with Season 13.5 on July 18th, 2017.

Son'a Command Science Vessels represent the bulk of their fleet, striking a balance between debilitating their foes and supporting their fellow combat vessels.

When activated, this console emanates a field 3km in every direction, which lasts a moderate duration. All allies within this field, including yourself, are granted increased Shield Penetration and Armor Penetration as long as they remain within the field. Meanwhile, all foes within the field will have one beneficial effect removed every second (starting with the longest remaining duration), as well as suffering penalties to ability recharge times.

Starship Trait – Kick Them While They’re Down

After achieving Level 5 in your Son’a Command Science Vessel, you will unlock the Kick Them While They’re Down Starship Trait. While this trait is slotted, activating any foe-targeted Control Bridge Officer Ability on an enemy that is affected by a Control effect will grant you an increase to Critical Chance for a moderate period of time. This effect can stack several times.

Son'a Intel Battlecruisers are the vanguard of the Son'a fleet and are capable of withstanding heavy fire while simultaneously undermining their foes' ability to put up a strong fight, all without sacrificing offensive firepower.

It features Active Sensor Arrays, which allow this Intel craft to gather information about their target to expose a vulnerability in their defenses.

Intel Ships are all capable of passive Warp Signature Masking. This passive ability grants the Intel ship a tiny amount of Stealth, which will render the Intel craft undetectable at long range.

Building from their knowledge of dangerous subspace weaponry, the Son'a developed this specialized piece of deflector technology capable of analyzing localized space near an enemy to find weak points in the barrier between normal space and subspace. Then, using automated quantum drilling drones, these weak points are violently torn open to create volatile anomalies that will seek out enemies and damage them while draining their subsystem energy.

After achieving Level 5 in your Son’a Intel Battlecruiser [T6], you will unlock the Subspatial Warheads Starship Trait. While slotted, damage caused by your High Yield Torpedoes and Transport Warheads will cause an Isolytic Tear to form near the damaged target. This anomaly will chase down the nearest foe, causing physical damage and draining engine subsystem power to any enemies it encounters.

Equipping both the Deep Analytics Sensor Package and Subspace Barrier Agitator on a single vessel grants you the following passive bonuses:

Get 5 Master Keys, Free!
It's time for our anniversary giveaways, and first up is five Master Keys!
Read more
The Year of Klingon: Part 3
The third part of our Year of Klingon is coming soon! See all the updates to classic Klingon content here.
Read more
Command the Dhailkhina Warbird
Coming as part of the Picard Lock Box, the Zhat Vash's powerful Command ship could soon be yours!
Read more