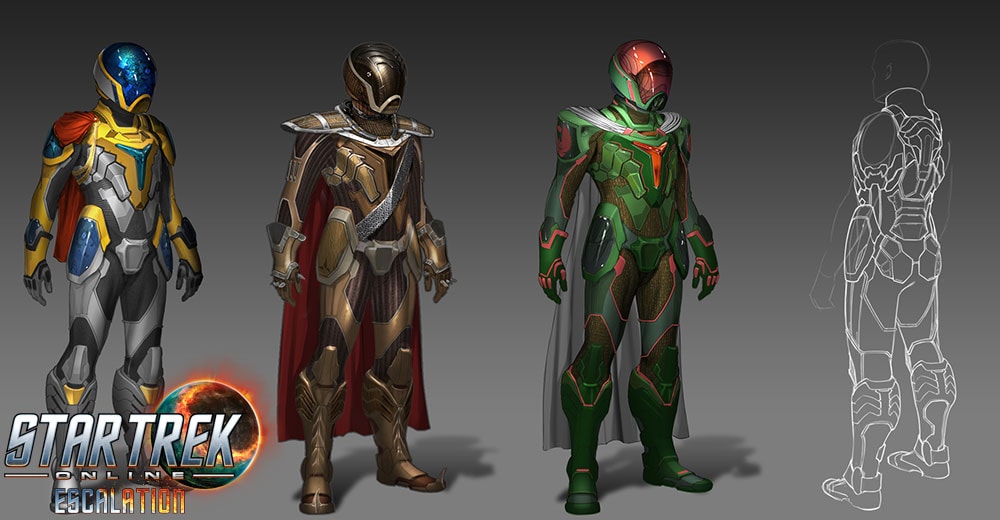 Competitive Wargames were created as a measure of skill - a friendly way for members of the Alliance to prove their strength to one another while preserving peace and honor. Join now in an endeavor to show your worth and be rewarded with equipment befit for those willing to face the trails of combat.

This new reputation will become available with Season 13’s release and will feature all new traits, kit modules, space equipment sets and a ground equipment set.

Increasing your standing with Competitive Wargames will require the submission of Competitive Marks.

These marks can be earned by completing PvP and Competitive PvE matches.

Competitive Marks and Assessed Stratagems can be submitted for both Reputation XP and new, high-quality gear acquisitions. Here are a few examples of the items that can be earned by advancing your standing with the Competitive Wargames Reputation:

Each piece in the Prevailing Regalia set has three different versions, flavored for Innervated (Damage), Bolstered (Support), and Fortified (Protection). These different items will have slightly different stats, depending on which version you obtain. Captains can mix and match each of these items and still receive the full set bonuses - for example, the Innervated Impulse Engines and Bolstered Deflector Array will provide the 'Well Rounded' bonus listed below when slotted on a ship. If you choose to obtain one version of an item, you will receive a discount on the other two. For example, obtaining the Fortified Warp Core will grant you a discount on the Innervated and Bolstered Warp Cores.

Below are the set bonuses for the new ground equipment set:

In addition to these equipment sets, advancing through the tiers of the Competitive Wargames Reputation will unlock access to a large array of Competitive exclusive consumables.

Examples of Competitive Consumables include a buff that causes future player takedowns to apply a heal to you, or a consumable that gives a short duration critical hit chance buff after a takedown. There are also consumables available to allow you to place such things as a Sensor Disruption Pylon. Once placed, this pylon will lower the enemy team’s Accuracy Rating and Perception Rating while increasing allies’ Accuracy Rating and Perception Rating. Additionally, it comes equipped with an area shield that negates most damage that comes from outside of it.

Three unique Kit Modules will also be included in the Reputation. Each is restricted to a single Profession.

NOTE: All abilities and items found in this blog are subject to change.