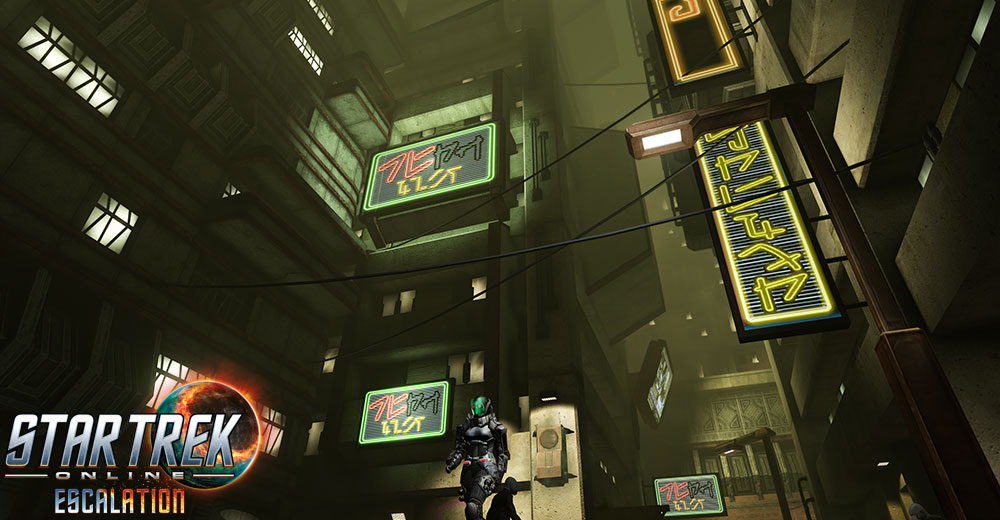 The battle for the galaxy continues to escalate, Captains. On April 25th, PC players will be able to experience the newest season of Star Trek Online: Season 13 - Escalation. This season brings with it a brand new Featured Episode, new types of queues though our War Games system that adds new challenges and new ways to play against other captains, a new reputation that features class specific space and ground sets, and the Player Potential system which match players in War Games and PvP queues based on relative player skill. Here’s what to expect when Season 13 - Escalation launches:

New Featured Episode: In Mirrors and Smoke, players will journey with their Lukari companion Captain Kuumaarke as she explores her people’s past, and battles a new threat from the marauding Tzenkethi.

War Games: The War Games queues will put players in head-to-head competitive PvE scenarios. These new queues split ten players into two teams of five, who must race to complete objectives before the other team succeeds.

Balancing: To support the new War Games system, we’ve created a Player Potential system that will match you to other players in a brand new way. Our goal is always to ensure that every decision a Captain makes is an effective one. With that in mind, we’ve made many changes to space combat that encourage Captains to explore new aspects of gameplay. These changes will go live with Season 13.

We’ll have more details on Star Trek Online: Season 13 - Escalation in the weeks to come, Captains. Stay tuned, and we’ll see you in game!