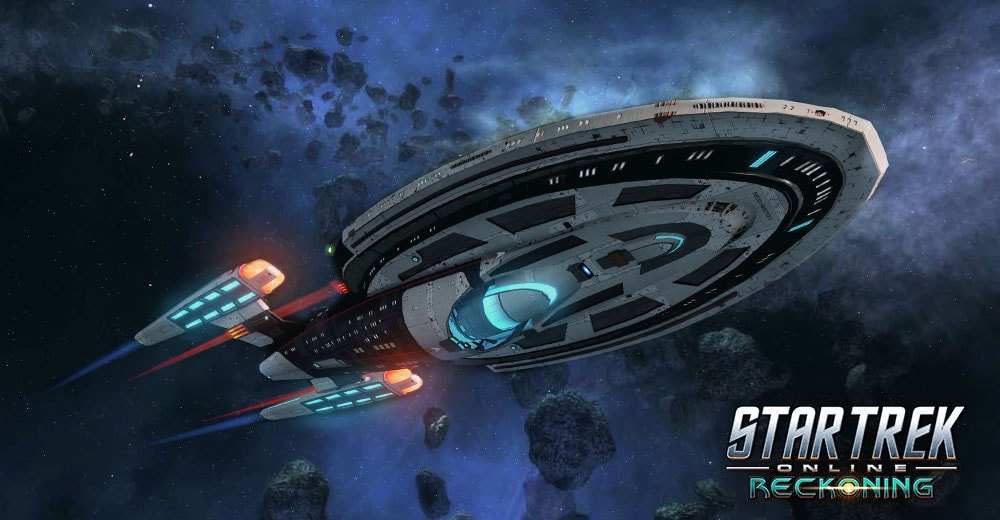 The T6 Vesta has been one of the most requested T6 conversions from players, so when word came down we were finally going to create them, the ship team was excited to tackle the project. For this bundle, though, it wasn’t just three new Vesta variants, but science vessels for the Romulan and Klingon faction as well! With the opportunity to further explore science ships for Romulans and Klingons, we wanted to offer something new that still felt like it belonged alongside the Vesta as a multi-mission science vessel.

When offering new variants for existing ships, our goal always to try making parts that fit with the existing style but also offer new shapes and proportions that were previously unavailable for that ship. Captains who want mix and match will have no shortage of options here, as you can use any of the parts from the T5 variants you own on your T6 multi-mission science vessel as well!

For the Eqsuiline, the intent was to adapt the Vesta’s striking profile to the design language we have developed for 25th century Starfleet, a marriage that was pretty straightforward given the Vesta’s flowing lines and high-contrast hull design. For the Brigid, we wanted something that recalled other Starfleet science vessels more explicitly and so we added a Nebula-inspired mission pod and canted the nacelles down a la the Luna class. The tactical Palatine is inspired by Starfleet escorts with its triangular saucer and compact frame.

For the Klingons, we thought these new multi-mission science vessels presented an opportunity to revisit the Gorn and build on their reputation as the Klingon Empire’s resident scientists. Previous Gorn vessels established a boxy, industrial look and also shared the long, thin silhouette of the Vesta, so this seemed like a natural fit.

The T5 Veranus was a starting point for us design-wise, and from there we took a look at how to create cool variants that emphasize the rough, durable nature of Gorn ships while also hinting at their roles as versatile science ships. The engineering-themed Ihgomas is blocky and looks durable, with large, powerful engines. The Ahgamas is tilted towards science, and has a large suite of sensor domes on its ventral aspect to survey new lands of conquest for the empire. The Khaimas, with its tactical focus,  has a more aggressive nose and exposed weapon ports, ready for battle.

Early in the design discussion for these ships, we hit upon an idea that got everyone excited: given the political climate of 2410, what if the Romulan Republic reached out to Vulcan shipwrights to consult on a new set of science vessels that were a fusion of Vulcan and Romulan technology? The long forms and distinctive ring shape of the Vulcan ships did indeed blend well with the graceful birdlike Romulan ships, and we are all pleased with how these ships turned out.

The Taenan, the engineering variant, features large engines and a bulky forward hull, emphasizing power and durability. The Galas, with a focus on science, is a sleek and futuristic warbird with lots of visible sensor arrays. Finally, the Surhuelh’s sharper lines and smaller profile betray its tactical purpose.

Bringing it All Together

The multi-mission science vessels turned out to be a great opportunity to stretch our design muscles and add another layer of lore to the ever expanding fleet of ships captains can fly in Star Trek Online. We hope you all enjoy flying these ships as much as we enjoyed building them!