Welcome to the Seventh Anniversary 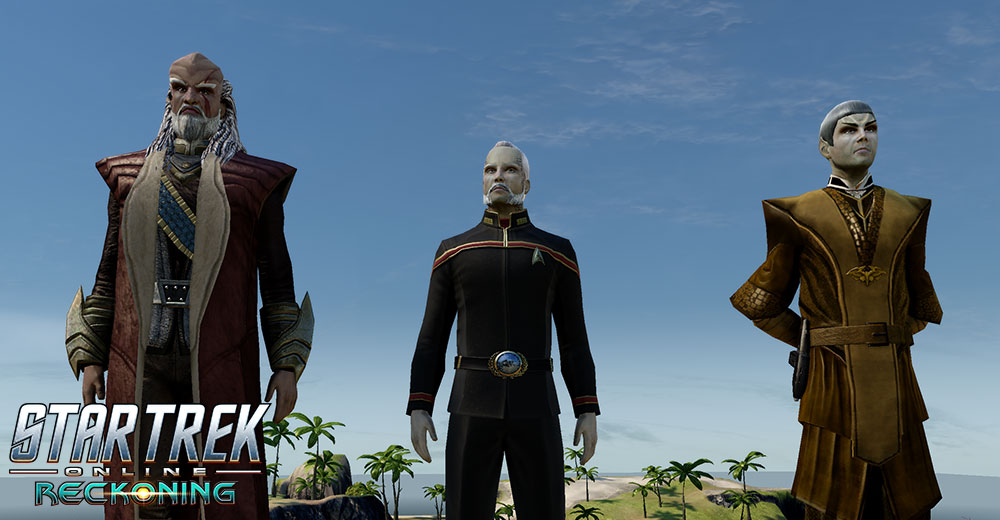 Star Trek Online has just reached its 7th Anniversary, and has now had a run equal to any of the Star Trek television series!   I know that before the launch of STO, way back in the winter of 2010, the whole development team hoped the game would have a long life, provide incredible adventures, and bring the Star Trek community together around new story lines in their favorite galaxy.  Simply reaching this milestone is amazing, but I’m proud to announce we also had the biggest year in the history of the game while hitting that mark.  This achievement just goes to show that Star Trek Online has one of the best communities in gaming, and that the Star Trek universe is as strong and vibrant as ever.

We went through quite a journey in 2016, as we celebrated the 50th Anniversary of The Original Series throughout the year.  Captains had to deal with the fallout from using time travel to end the Iconian War, discovered a new mystery with the Na’kuhl threat to our collective past, and had nearly a year of storytelling culminate in the release of Agents of Yesterday, where that mystery was solved and our shadowy foe thwarted.   All of this while interacting with classic voice actors from Star Trek such as Walter Koenig, Chase Masterson, Matt Winston, Kipleigh Brown, and Chris Doohan.

Outside of the story arc, one of the largest changes we made to the game was a complete skill system overhaul.  This new skill system is clearer, more accessible, and makes it much easier to make good choices to improve your ship and captain.  From the balance changes, to the reorganization of abilities, to a far more user friendly UI, this system is the heart of Star Trek Online and it is now in a state that the entire community can use more easily.

The year wrapped up with the release of the Xbox One and PlayStation 4 ports of Star Trek Online.  This port was a herculean task for the team, and I couldn’t be more proud of the job everyone did.  Coming up with a new control scheme, revamping the entire UI from scratch, and overhauling the entire lighting system were major accomplishments, and the success we’re seeing on consoles will mean great things for all platforms.

2016 was not just another amazing year for Star Trek Online, but the best year we’ve ever had.  Our 7th Anniversary celebration will kick off with the Featured Episode “Of Signs and Portents,” which will take captains deeper into the coming story and give everyone a chance to earn the Lukari Ho’kuun Science Vessel - which was designed with help from you in the community. There are even more fantastic releases planned for 2017, and a continuation of the current story line that will grow and weave as it takes us well into 2018.

In addition to all of the amazing stories and features we have planned for the game, we also have a brand new series in Star Trek: Discovery starting later this year.   There are some fantastic times ahead for Trek fans everywhere, and it’s a great time to jump into Star Trek Online and get in on the adventure that has been running for 7 years.  Come see what’s out there!

Happy 7th Anniversary, and I can’t wait to see you in game!