Of Signs and Portents Week One Rewards! 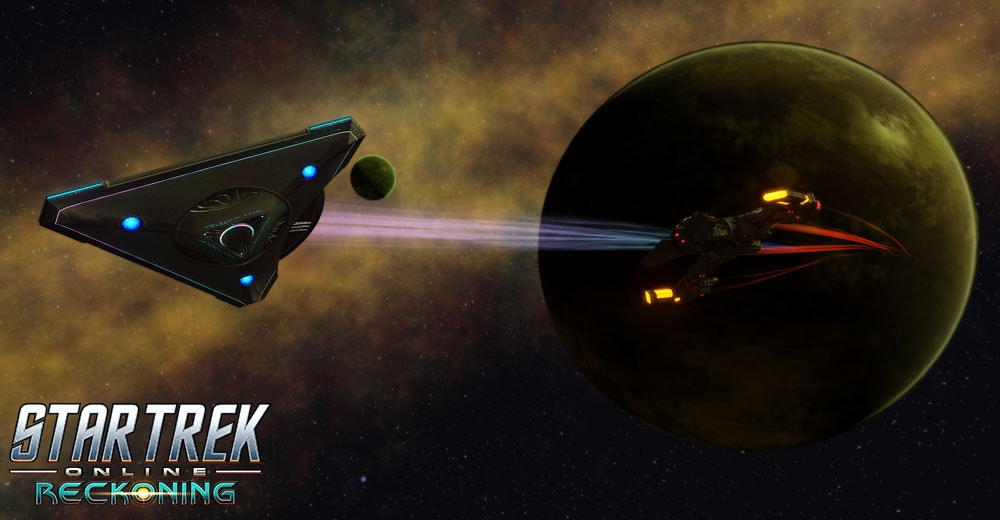 Creative use of subatomic particles with an intent on making a ship designed to explore safely lead to the creation of the Braydon Reconnaissance Technologies set. This set uses Braydon particles to enhance the ship’s stealth detection rating and resistances to various debuffs, in addition to allowing your ship to escape safely if attacked.

This 3 piece bonus provides an increase to engine power, impulse expertise, and reduces the cooldown of your transwarp.

This 3 piece bonus decreases the lockout duration of “Shield Loss Safties” (a passively triggered buff on the Shield) and increases the effectiveness of “Micropulse Overcharge” (an active power on the Engine).

Next week we’ll reveal week two’s reward for “Of Signs and Portents.”