We are proud to announce that actor Tony Todd will portray General Rodek in an upcoming update of Star Trek Online for PC. Rodek began life as Kurn, the brother of Worf, in Star Trek: The Next Generation. Kurn was an aggressive Klingon Commander who, when he first meets Worf; spurs Worf into showing his “true Klingon self” by provoking him. Despite this initial harsh meeting, Kurn and Worf go on to share many perilous adventures in both TNG and DS9. Sometimes on the same side, other times in conflict – they have a volatile relationship. Ultimately, Worf has Kurn’s memory wiped clean, and his facial features altered – a gesture to restore his honor.  From that day forward, he was known as Rodek. 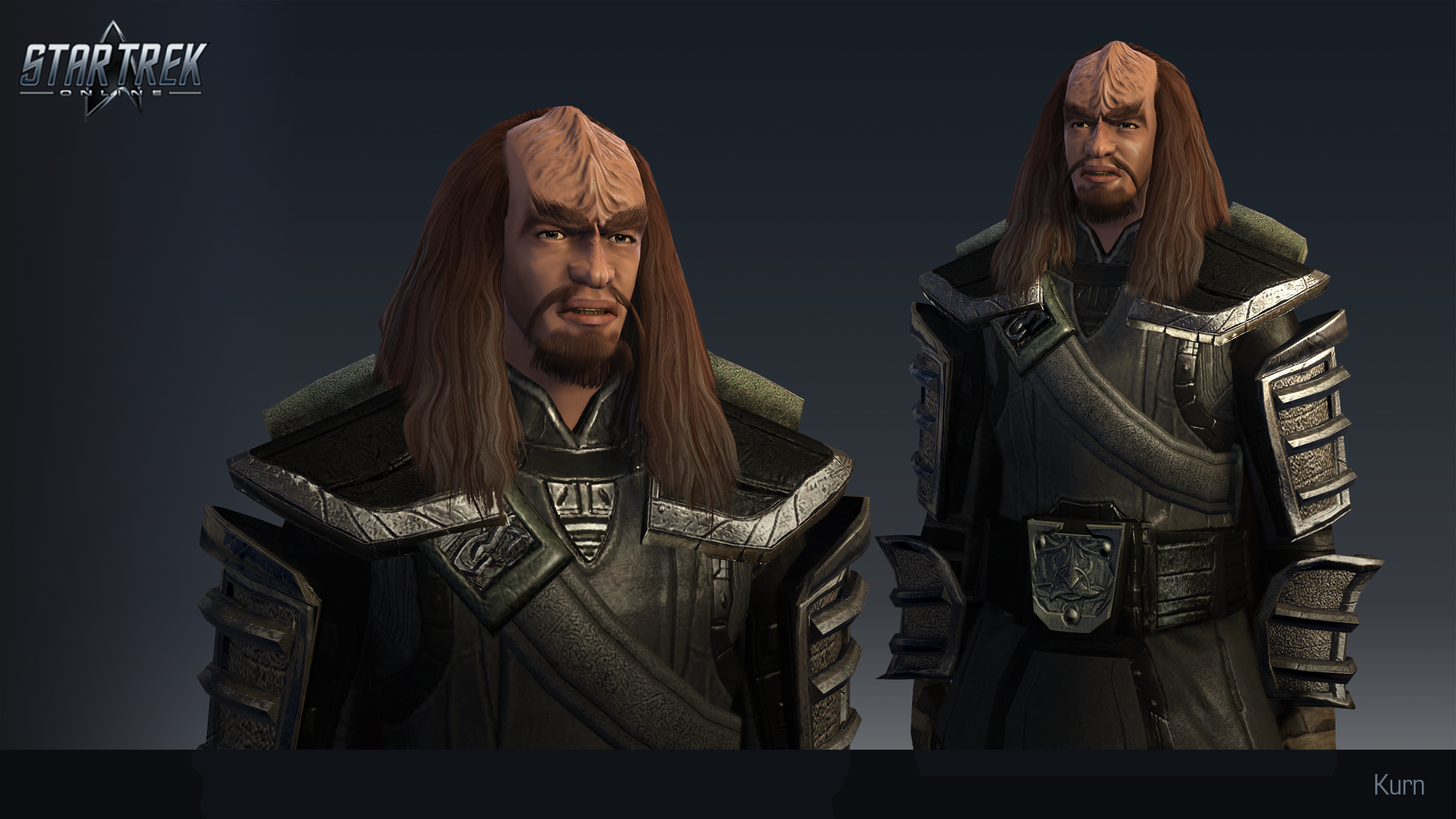 Rodek’s facial appearance changes slightly between his appearances. In TNG, he is wiry, slightly thinner, and obviously younger. In DS9, he had aged a bit, and his facial features are somewhat fuller, yet still hiding an aggressive spirit underneath. His hair, in particular, had changed. In DS9, it looks more voluminous and less wispy. The Kurn we saw in TNG was often aggressive and reckless. The one we see in DS9 exhibits a more seasoned, if not more pessimistic attitude on life.

When Kurn’s identity is changed to Rodek, the individual aspects of his appearance alter in a more subtle way – but together they form a much different looking character. The folds in his forehead are different; he loses the hair on his chin; the shape of his eyebrows change; and most of all, his outward demeanor is not as dark as it was once was – though some may wonder if he remembers anything at all of his painful past. In the end, Kurn’s transformation to Rodek is one of the more interesting changes a character goes through in the Star Trek Universe. Not many characters get a rebirth like this, and fewer still get a long story arc to go with it. Because of his troubled past, this character will be one of the more exciting ones to follow.

You can check out a short interview with Tony about his career, his Star Trek memories, and his involvement with STO below!