Season 6 introduced players to the new Fleet System and Starbases. Players can now build Shipyards that grant Fleet members access to new starships. Let us take a closer look at some of these ships, how you earn them, and review all types of ships.

First, we need to define some terms so everyone is on the same page. Many of you may have seen ships with the term “Refit” or “Retrofit”, and Fleet Shipyards introduce more of these. Let’s take a moment to review these and other terms related to ships:

Now let’s review how you can purchase the different type of ships. Most ships can be purchased in-game directly though any ship vendor (including C-Store ships and ships unlocked from your Fleet's Shipyard). We recommend you go to an in-game ship vendor to buy your ships since it contains the most comprehensive data you will need to make an informed decision on your purchase. The Ship Vendor UI will inform you of the cost and requirements. Possible cost for ships include:

Requirements for a particular ship can include:

Full specs and details can be found in-game in the Ship Vendor. 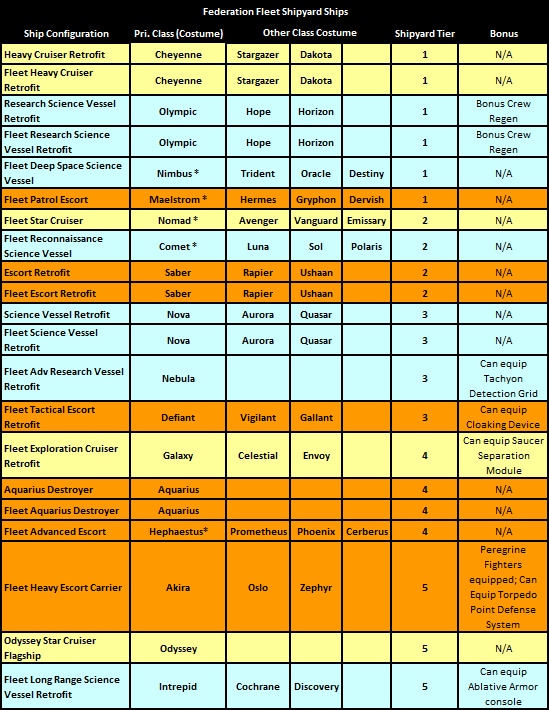 
We hope you are enjoying Season 6: Under Siege and we’ll see you in-game!