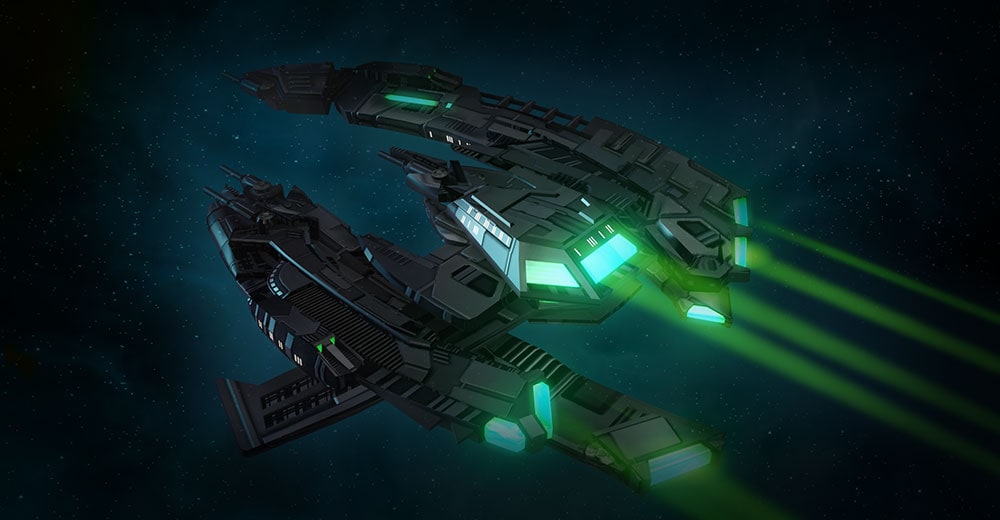 The 2016 Winter Event will offer a brand new starship requisition project available in the Event Reputation: the Tier 6 Breen Chel Boalg Warship. Obtaining this vessel will require the acquisition of 1000x Winter Prize Vouchers (2016), which can be earned daily by completing the “Fastest Game on Ice” mission at Q’s Winter Wonderland.

The Breen Confederacy's engineers have been hard at work improving their starships in recent years. The Tier 6 Chel Boalg Warship is the newest to appear in their fleet. This warship's design builds upon the success of the powerful Chel Grett by updating its technology to modern standards. The end result is a starship that is durable, powerful and versatile.

The Chel Boalg Breen Warship comes equipped with the Enhanced Breen Energy Dissipator console. The Enhanced Breen Energy Dissipator console is a potent weapon that was able to incapacitate enemy ships during the Dominion War until the Federation and Klingon forces adapted their ships to compensate. This weapon represents a state-of-the-art upgrade, but due to the architecture change in modern ships, the weapon only reduces the power levels of targets rather than entirely disabling all their systems at once.

This console fires a targetable Energy Dissipating Blast that causes significant subsystem drain and has a chance to knock a single subsystem offline for a short duration.

This console mod can be equipped in any console slot on any Breen ship. Only one of these consoles may be equipped at a time.

After reaching level 5 in Breen Chel Boalg Warship [T6] Starship Mastery, you will unlock the Cryonic Siphon starship trait. While this trait is slotted, Cryonic Siphon will drastically reduce the target's shield hardness and damage resistance while Energy Siphon is active on its target.

The following consoles are part of the Hypercooled Technology set: