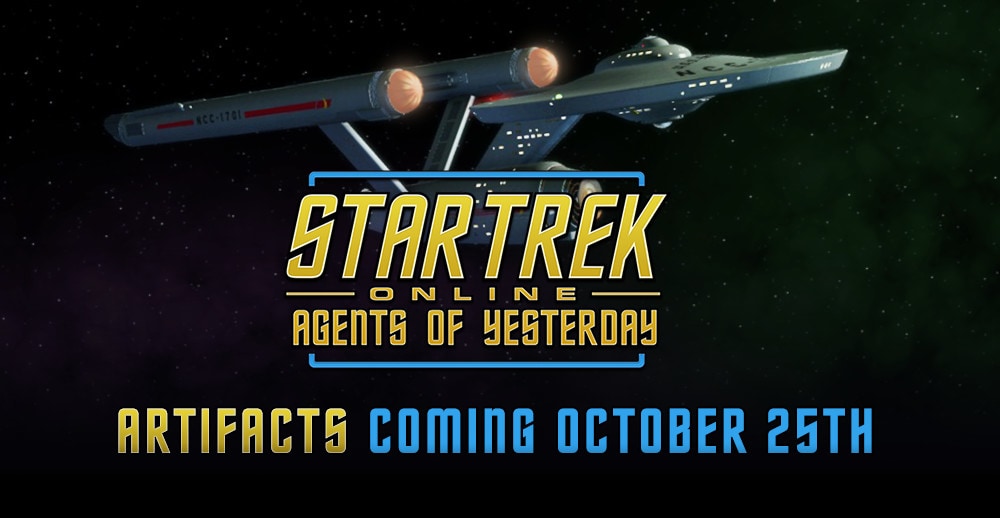 The mission continues for Star Trek Online: Agents of Yesterday! On October 25, captains will have access to Agents of Yesterday – Artifacts, an update to the last expansion that introduces a brand-new episode and story arc that will carry Star Trek Online through the next year, a Star Trek: The Original Series-themed Starbase Fleet Holding, plus all of the new modern lighting upgrades that were recently featured in the console version of the game.

The newest update to Star Trek Online begins a brand new story arc that will start an adventure that runs through 2017. Captains will be reunited with the Lukari, a warp-capable species originally introduced in Season 11 that seeks to expand their exploratory efforts. Players will accompany the Lukari on a mission to an alien solar system, where they will discover the joys of exploration, the dangers of unknown space, and begin to unravel a mystery that will have long lasting consequences.

Agents of Yesterday – Artifacts also includes the return of the Starbase K-13, which was lost during Agents of Yesterday to a temporal anomaly. This space station will be available to all fleets as part of the new Star Trek: The Original Series themed Fleet Holding. In addition to our new story episode and this amazing new fleet holding, the update will feature upgraded lighting and graphics, designed to improve the overall visual quality of the game. These modern lighting technologies recently debuted with the Xbox One and PlayStation®4 releases of the game.