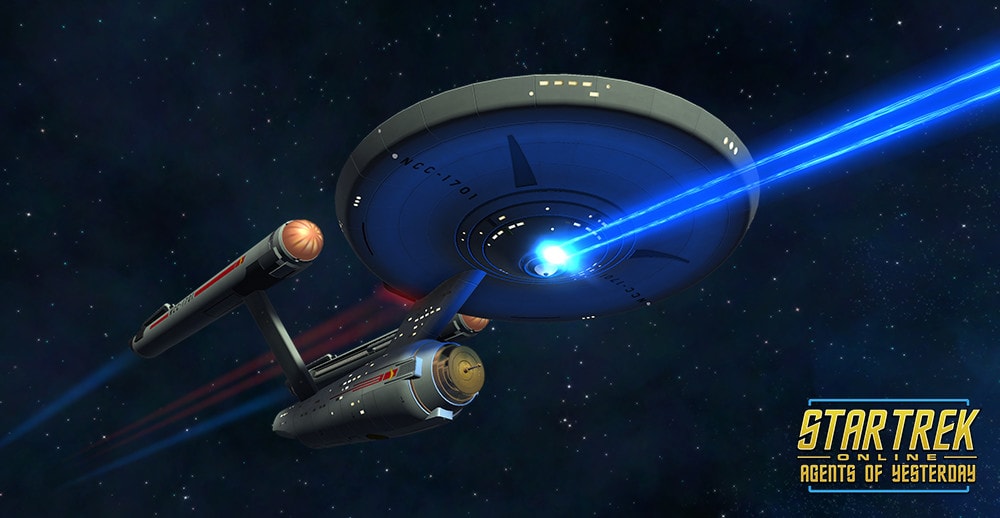 Chance to win an all new 23rd Century Tier 6 Starship!

From 8/25/16 at 9:30AM Pacific to 9/15/16 at 10AM Pacific, we will be running a promotion that will provide an additional bonus when opening a Research and Development Pack.

Opening this Special Requisition Pack - 23rd Century Tier 6 Ship will award one of 3 ships depending on the character’s faction:

Each of the above ships come with their 23rd Century iconic costume in addition to both free and paid ship costume unlocks:

These packs feature a myriad of materials to give you a head start with our latest crafting update. With numerous materials ranging from common to very rare, components galore, to research and development catalysts, these packs offer tons of opportunities so you can start off crafting with a bang! The C-Store features both single packs and bundles of four, so Captains can buy multiple packs at a discount.

The Sagan Command Cruiser
The Sagan Command Cruiser, best known as the Stargazer from Star Trek: Picard, is coming soon!
Read more
Do you Believe in a No Win Scenario?
Battle the Kobayashi Maru and the Arena of Sompek during this special event, and unlock the Sompek Energy Rebounder!
Read more
Patch Notes for 8/2/22
Check out all the exciting changes coming to Star Trek Online in our latest patch notes!
Read more