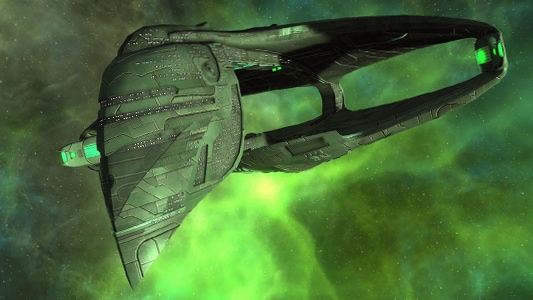 The D'deridex Class was the foundation of the Romulan Star Empire's forces in the 24th century. Drastically heavier than the earlier T'liss and Dhelan models, the D'deridex was significantly more resilient and carried firepower comparable to a Federation Galaxy-class starship. The D'deridex Warbird Battle Cruiser Retrofit comes with a universal Projected Singularity console. This Console allows you to channel your Singularity Core into a mobile rip in the space-time continuum. This singularity rupture will travel approximately 8 km in front of your ship, dragging nearby foes along in its wake, before imploding to deal damage to any ships caught in the destruction.

NOTE: Purchase of this ship from the C-Store (or Legacy Pack) will make its owner eligible for a Fleet Ship Module reduction when purchasing the Fleet D'deridex Warbird Battle Cruiser Retrofit. 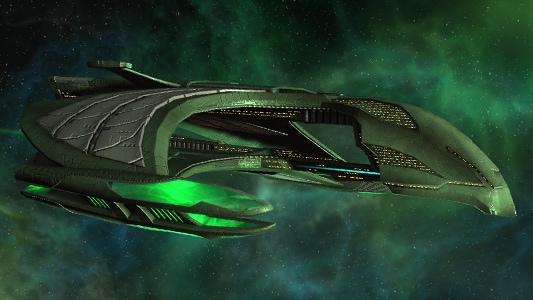 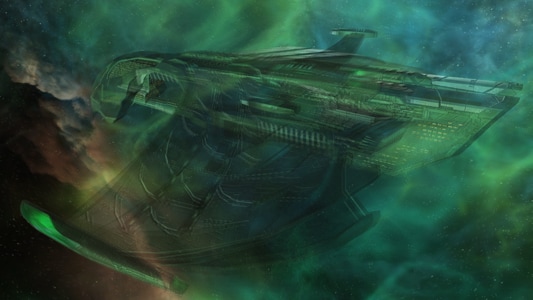 The consoles that comprise this set are the Projected Singularity and the Molecular Phase Inverter consoles.