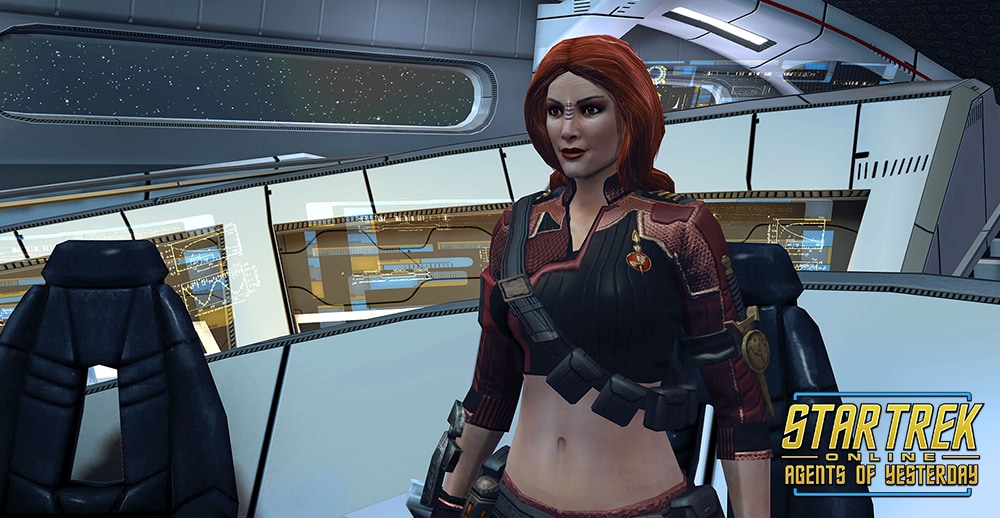 Admiral Leeta paced in front of her command chair as the I.S.S. Enterprise returned to her universe. The bridge was unusually quiet; the officers present muted their consoles, lest a stray chime or beep disturb the furious admiral. Disturbing the admiral could lead to very unpleasant situations.

In spite of the danger, a single voice hesitantly broke the uncomfortable silence.

“What? What did you just say?” Leeta acknowledged the voice only after the halting words had stopped.

“A message has come in from the capital, Admiral.” Lieutenant Aluura repeated, slightly emboldened by the fact that she hadn’t been shot already. However, given the news, getting shot was still a distinct possibility. “Not… good news either, I’m afraid.”

Leeta took a moment to center herself - she suspected she knew what that message was. She quickly scanned the room. The faces of her bridge officers all betrayed their trepidation. Leeta loved it; they were still afraid of her, which meant they were still loyal. She might not have to shoot any of them today. “Alright,” she purred, smiling as she walked toward Aluura. “What does our dear Emperor wish to say to me?”

“The Emperor is not happy with our… failures,” Aluura said slowly, choosing her words carefully. “He cites our… setback at the other universe’s Deep Space 9 and our… recent losses at the battle of Procyon V. He states that these, er, failures have placed unacceptable strains on Imperial resources. He orders us to -”

With a scream of shared panic and rage, Leeta threw her knife across the room, narrowly missing Winters, her First Officer. “These defeats are NOT my fault! Especially this time! Those pathetic Na’kuhl… the cowardly Vorgons… the Krenim… even those wretched Sphere Builders! None of them pulled their weight. None! Surely the Emperor can see that!” She took some deeper breaths to try and calm herself, smiling once again as Winters extracted her blade from a shattered console and sheepishly handed it to her. “Right - we’ll go to the capital and explain the situation. It’s not like this trip was all bad news-“

Aluura cringed as she interrupted her CO once more. “The Emperor’s missive was sent to the entire fleet, Admiral. We’re to remain where we are… and you’re to surrender Enterprise and your commission to Captain Tiaru Jarok of the I.R.W. Lleiset. She will be here in 2 days. If we don’t comply, we will be branded as traitors and… summarily hunted down and executed.”

“I’m to hand this ship – this fleet - to that Romulan… princess?! Ha! What does she know about time travel? Or dimensional travel for that matter? I swear, ever since her father allied with the Terrans, that girl has been given everything on a silver platter. Well, NOT. MY. FLEET.” Leeta snarled. “No, I have a better idea. Tell the other ships that the Romulan dilettante can chase us down if she wants – we will be leaving here tomorrow.”

“Admiral!” It was now Commander Winters’ turn to speak up. “Are you sure about this? We are the strongest fleet, yes, but if all the other fleets join together, we’d still be in for a rough ride.”

Leeta threw her arms up in exasperation. “Yes, Commander, I’m sure. Let them come! We won’t be sitting idly, believe me. Like I said, I have a plan. It would be in your best interest to -”

The ship shook violently, suddenly, the result of what could only be weapons-fire.

Winters checked his console. “The I.S.S. Pastak shot at our engines. The Poh and Tempus are charging weapons. All three have raised shields. All other ships in the fleet seem to be staying out of this.”

“Red Alert! And get that Cardassian witch on screen. We need to have words.” Leeta steeled herself as she sat in the center chair of command. “Nereda,” she thought. “She’s wanted my job for months now. Clever girl… we’ll see how clever.”

Captain Nereda’s smirking face lit up the main screen. “Admiral Leeta, the Emperor has given us our orders. You would turn us all traitors for your own pride? Stand down from battle stations and surrender. It would be unfortunate to return the flagship to the Emperor in a… damaged state.”

Leeta let out the tiniest giggle, betraying her amusement. “How bold you are, Nereda! You forget your place. You don’t answer to the Emperor. You answer to me. And last I checked, what you’re doing right now, this little teeny action and ultimatum, that’s called mutiny. And I don’t appreciate mutiny. At least, not against me.” She signaled her Lieutenant to mute the communication and smiled wide. “Aluura, dear, be a doll and transmit the following code to the Pastak, Poh, and Tempus: ‘Override Leeta-One-One-Two-Omega-One-Six’. And then restore two-way sound. I don’t want to miss this.”

Captain Nereda’s face drained as the audio came back on. She turned to her tactical officer, off screen and unimportant. “What do you mean our shields just went down? Bring them back up!”

Leeta smirked at the floundering captain. “Oh dear, what’s wrong? Are you having ship troubles? Let me help you with that… Tactical? Target the Pastak – alpha strike - and fire on my mark…” She paused for a moment to savor the look of abject horror on Nereda’s face before speaking once more.

The communication cut out and the screen returned to the sight of the Pastak’s annihilation under a maelstrom of torpedoes and beam weapons.

Leeta turned to Aluura with a smile on her face. “Put me through to the Poh and the Tempus, please.” When the comms officer indicated her compliance, Leeta steepled her fingers and spoke once again.

“Ladies and gentlemen, you’ve just witnessed the price of mutiny. Unless you’re prepared to pay that price, I suggest you swear fealty to me… and I suggest you do so quickly.”

The admiral didn’t have to wait long before the captains of both ships pledged their undying loyalty to her. Thirteen-point-two seconds, to be precise.

Pleased, Leeta turned to her first officer. “Now, as I was saying before I was so rudely interrupted, Commander… I have a plan.” Winters nodded silently and listened. “There’s an old saying – knowledge is power. While those meddlers from the other universe were mowing down Krenim and Na’kuhl on New Khitomer, I was busy downloading copious amounts of knowledge stored there. Ship deck plans, weapon schematics, lyrics to Klingon operas – everything.”

Leeta stood to walk around her bridge, making sure all of her officers were paying attention. “One particular dataset caught my eye. It was filled with information on every species the Federation ever met and the conditions of their first contact. To my surprise, we haven’t met some of them. And some of them will make wonderful allies.”

She stopped in front of the viewscreen and turned to face her crew. “Knowledge will become power. Inform my fleet - we‘re going to seek out some new life forms and make them offers they can’t refuse. And then we’re going to Terra to have words with the Emperor about who gives orders to whom.”

She returned to her command chair and relaxed, thrilled at the start of a new conquest. “Oh, and Aluura? Please send a subspace message to Lieutenant Whetu at the Mobius Shipyards: ‘The codes worked perfectly. Enjoy your promotion. I’ll see you on Risa.’”