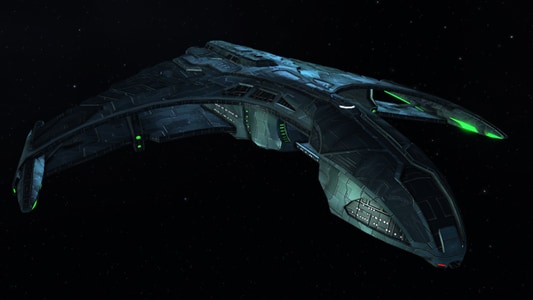 After Legacy of Romulus launched, we had thousands of new Romulan Republic captains exploring space, but a relatively few ships for them to choose. They can fly the ships of their allies, but most Republic captains want to be on the bridge of a Warbird.

The only thing to do was give them more Warbirds.

We started by looking at concept ship designs that had almost made it into the expansion, but were cut for one reason or another. There was one that really stood out because it looked extremely sleek and fast. That was a good place to start. 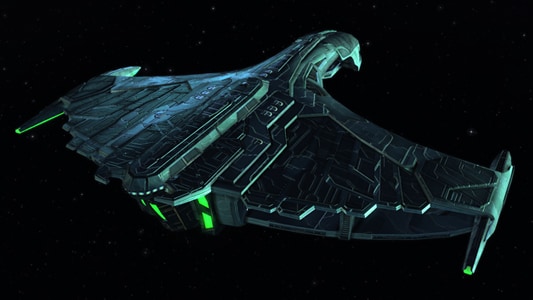 We knew that we wanted the Tactical Warbirds to be smaller and more agile than a D’Deridex – something more similar in size to an Akira class, but larger than a Defiant. That would give the Ar’Kif and the Ar’Kala a different flight experience than the D’Deridex. We also knew that the Ar’Kala would have Quad Plasma Cannons, so an aggressive posture and big cannons were a must.

The Tactical Warbirds also needed to look like something that the Romulan Republic design teams would create. So it shares some elements with other ships of the fleet. Every Republic ship has the feather design somewhere, and a distinct “beak” shape to the bow, along with the familiar green glow of the nacelles and impulse engines. Other commonalities to the Republic ships are layered plating and the double wings, as well as interesting use of negative space.

So we took those design elements and visually borrowed elements of the Dhael, D’Deridex and Mogai to get the initial design of the Tactical Warbirds. 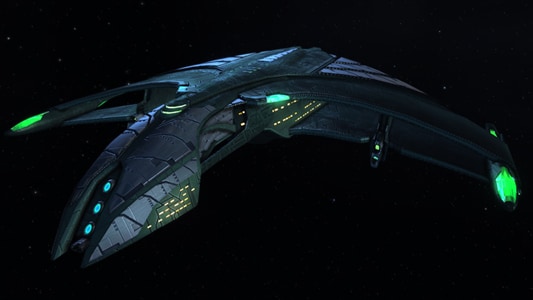 Then it was back to the cannons. Because of the Quad Plasma Cannons, we needed to spread out the cannons on the Ar’Kala so that when the player fires, you can really see what’s happening on the ship. If the weapons were placed too close together, you’d lose the visual impact of the weapon. Also, with most of its weapons in the front, the design of the Tactical Warbirds needed to emphasize forward aggressiveness, which it does with hawk-like, forward swept wings that flow smoothly into the front of the ships. Finally, we boosted the size of the engine ports, because that gives the ships a great look when you’re flying it into combat.

Once we had the look of the Ar’Kala the way we wanted it, modifying it for its sister ship the Ar’Kif was a matter of taking all those smooth curves and making them into hard angles. Since the Ar’Kif was supposed to be the first ship out of the New Romulus Shipyards, it made sense that it would have harsher lines that would be softened in the next iteration of the design. 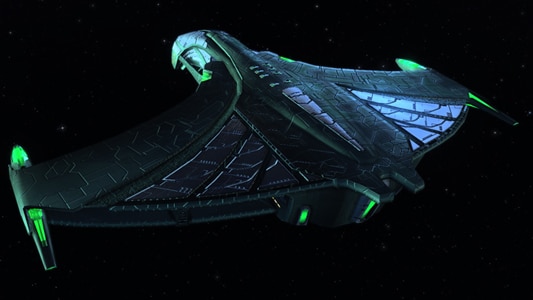 Parts of both the Ar’Kala and the Ar’Kif needed to work well together, to give players options when they were customizing their ships. In this way, they can combine the parts of either ship to create a design that is exactly what their captain would want.

We’re extremely pleased with the Tactical Warbirds, and we hope players will enjoy commanding them as much as we enjoyed designing them. Keep hailing frequencies open for more information on the Ar’Kif, Ar’Kala and Ar’Kif Retrofit Tactical Warbirds – more images and details, including stats and abilities, will be posted in tomorrow’s Dev Blog.